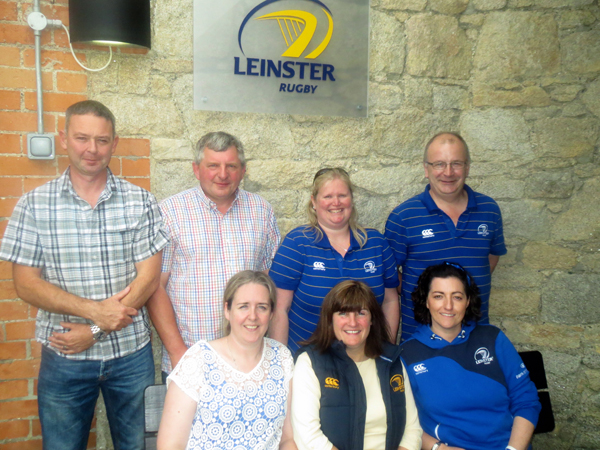 The 8th Annual General Meeting of the Official Leinster Supporters Club (OLSC) took place last Saturday, July 26th, in the Centurion Bar, RDS. Supporters met to review the past season and to discuss the new one…

Current President, John Martin, began by welcoming all those present and thanked them for their attendance. A quorum was achieved.

The Presidents report was presented, John paid tribute to a number of departing personnel, namely Leo Cullen, Brian O’Driscoll, Eoin O’Malley, Greg Feek and Johno Gibbes. Their contribution to Leinster Rugby over the years was commended.

The success of the squad under new coach Matt O’Connor and the Leinster Rugby presence in the National Team was also applauded. Leinster Rugby being the only team to win back to back Celtic League / Pro12 titles and the ‘A’ squad secured their second successive British & Irish Cup title.

The popularity of the clubs merchandise and away match bus transfers was noted as being a considerable success during the 2013/14 season. Special thanks were paid to the main sponsor, Bank of Ireland, for their contribution during the season.

Growth in our social media presence was highlighted as a considerable achievement during the year and was described as “something of a phenomenon”. The increased online presence and hard work by Jarrod Bromley was recognised by a final nomination in the Bord Gais Social Media Awards 2014.

The success of our fundraising events saw a total of over EUR 11,000 raised for the Children’s Medical & Research Foundation (CMRF). A huge thanks to everyone who supported our Big Big Table Quiz, Signed Stuff Raffle, Easter Raffle and the End of Season Raffle

The coming year will see continued support for our home supporters with improvements outlined for ‘The Laighin Out’ supporters bar, a continuation of the away match coach services and ‘Away Guides’ for travelling fans, coupled with a sustained link with overseas supporters.

Finally, as just seven candidates came forward for the seven open positions on the committee, the new group were voted in by a simple show of hands. The new committee were introduced as

All seven committee members will be on hand to assist you throughout the coming season, they can be contacted at olsc@leinsterrugby.ie and will also be in The Laighin Out on RDS match days.

The new committee will meet in the coming weeks where key roles will be decided, these will be communicated on this website before the beginning of the season.

Full minutes of the AGM can be reviewed here