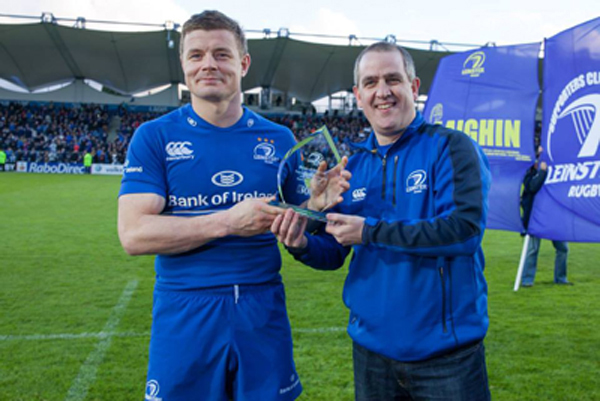 As with all Leinster players who retire at the province, Brian and Leo were presented with Dublin Crystal pieces, both engraved “with thanks from the supporters’.

The players were also recognised as long time servants to province with another gift from the Club, for Leo Cullen this was a magnum of champagne while self confessed chocoholic received a giant 4.5kg weighing Toblerone bar!

Photos from the presentation can be seen here

Watch the OLSC presentation to Brian and Leo again here

For those that missed the Brian O’Driscoll interview with Shane Horgan at the Leinster Awards Dinner, you can see it again here