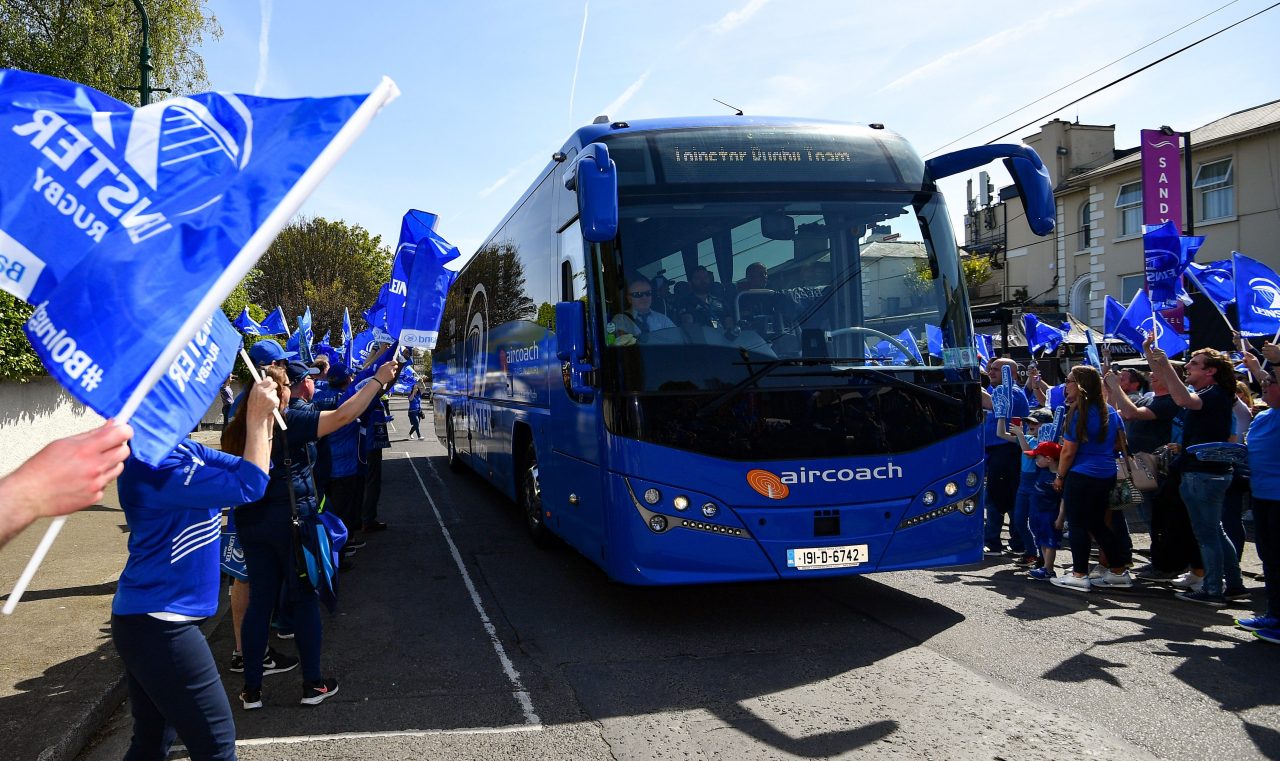 Leinster Rugby head coach Leo Cullen and the OLSC are calling on supporters to create a Sea of Blue to meet the team bus as it makes its way into St James’ Park this Saturday.

The Sea of Blue welcome into the stadium and onto the field of play is essential, in particular for a Heineken Champions Cup Final.

Thousands of supporters have come out to welcome the team bus this season at home and abroad. The welcome at Bilbao last year, and lift it gave the team has been a point of reference for Leinster players and coaches throughout this season.

Leo Cullen and James Ryan both recently made comments about how the supporters lift the team, specifically mentioning the Sea of Blue team bus welcome.

Commenting on the recent European semi-final win against Toulouse, Ryan said, “Our fans have been unbelievable all year. I mentioned after the Toulouse game, the Sea of Blue we had driving in was unbelievable, there were people in blue lining the streets.”

So, this Saturday, ahead of Leinster v Saracens at St James’ Park, it’s time to make it happen again.

The Leinster Rugby team bus will enter St James’ Park at an entrance on Barrack Road, just north of and adjacent to the main reception area. The bus will arrive at approximately 3pm. The OLSC is asking supporters to help us line the route into the stadium at 3pm (see map below). 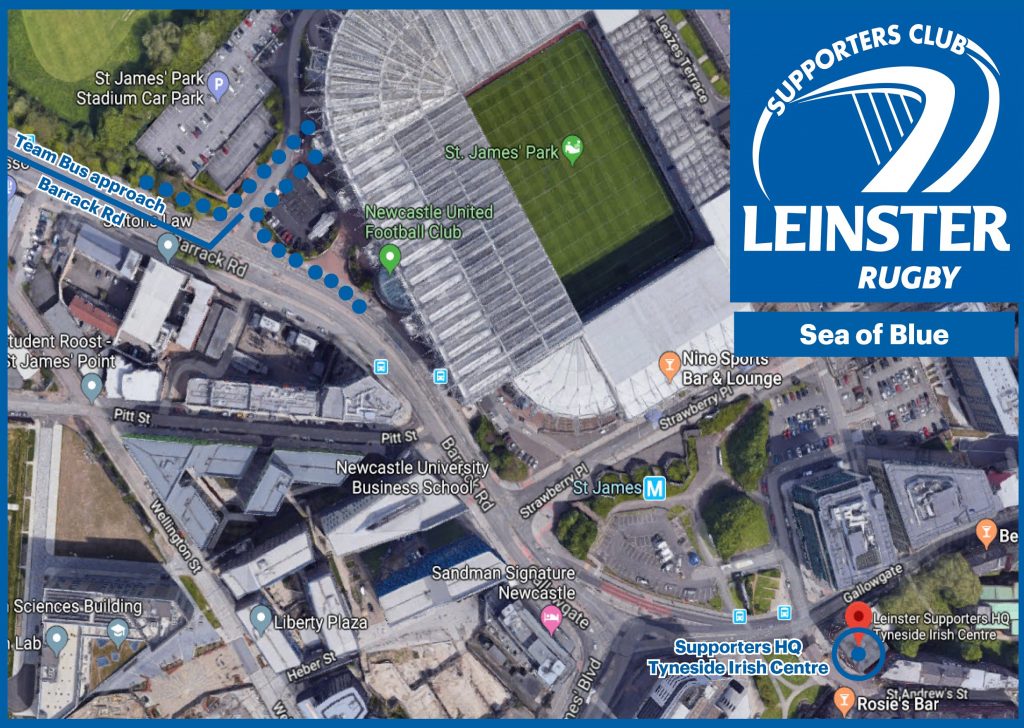 This Sea of Blue meeting point is just a five-minute walk from our Leinster Supporters HQ, The Tyneside Irish Centre on the junction of Gallowgate and St Andrews Street.

There will be plenty of time to soak up the atmosphere after meeting the bus. The OLSC would ask supporters to be in the stadium at 4pm to cheer on the team as they go through their pre-match preparations.