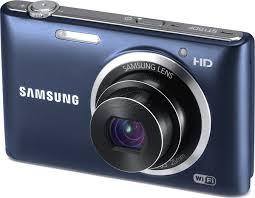 The Official Leinster Supporters Club (OLSC) in association with Samsung Ireland has a digital camera (jn blue of course!) to give away to a lucky Leinster supporter over the summer…

The OLSC invites supporters who are having fun in the sun at either home or on their holidays to send us a summer snap with short caption to be in with a chance of winning a Samsung ST150F digital camera, we’ll even throw in a memory card.

The winning photo could be you in a Leinster t-shirt, jersey or shorts and may even include a flag. Anyone from around the world can enter as we will arrange delivery to anywhere between Arklow and Zurich!

Email your snap (limited to one per person please) to olsc@leinsterrugby.ie

We’ll include a sample across our social media over the summer and in a match programme at the beginning of the new season.

The competition winner will be decided by the OLSC committee, their decision is final and no correspondence will be entered into.