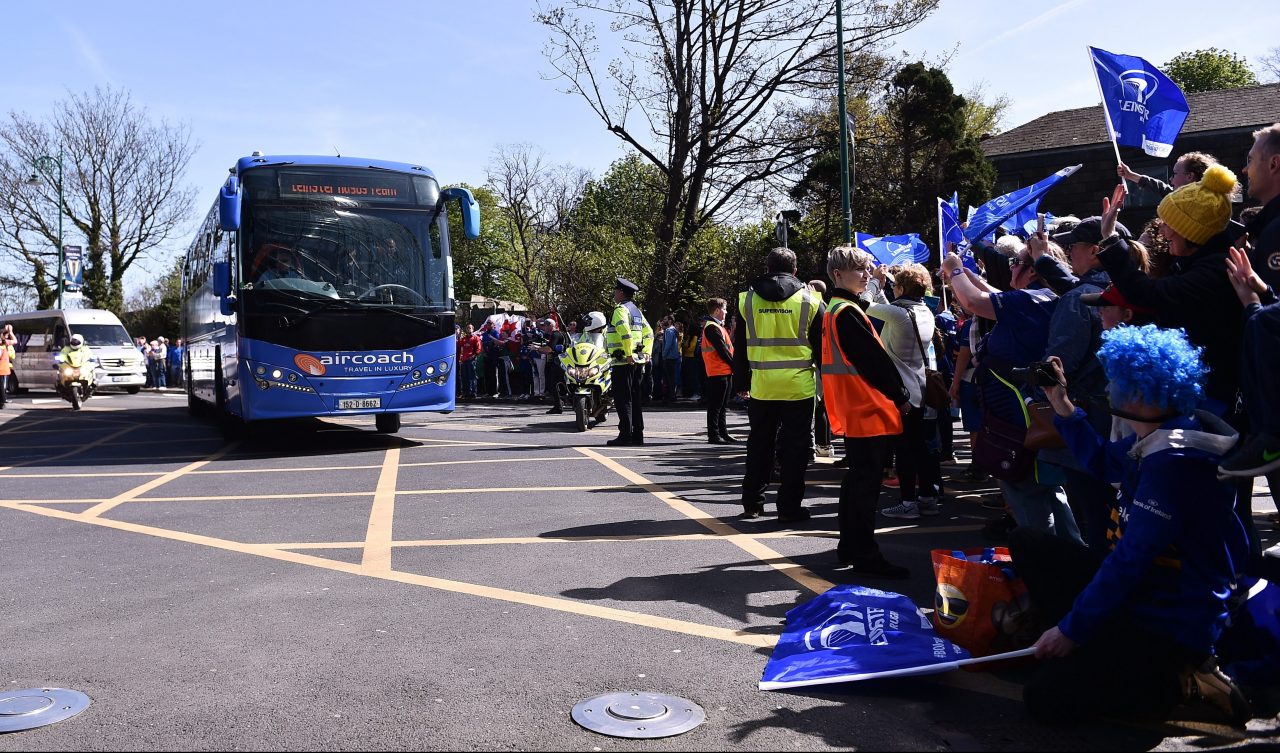 There is no sight quite like a sea of Leinster blue at the Aviva Stadium come Christmas time and European round 4 action in the Heineken Champions Cup. Hopefully, we can also provide that sea of blue as the Leinster bus pulls up to the Aviva, but more on that below!

The people of Bath and the Bath Rugby Supporters Club made us feel very welcome for our round three game last weekend.

What a city and what a sporting event. No ground or quarter was given by either team over the 80-minute contest in Bath last Saturday. Now in Dublin, we get to do it all again.

Leinster players such as Rob Kearney and James Lowe have noted going back several weeks now that Leinster and we, the supporters, are entering a crucial period of the season with ten games in ten weeks.

That series of games started with Ospreys at home and will end with Scarlets, again at home. These matches include six Guinness PRO14 and four Heineken Champions Cup games, contests made up of three Welsh opponents, three Interprovincials and the unique back-to-back December European fixtures.

At The Rec, Leinster came away from a physical contest with the victory and four crucial points. This fourth-round clash is critical as each team battles for control of the Pool.

Avid supporters do not need to be reminded of the unpredictable nature of European back-to-backs. Toulouse, who are still top, but well within our reach, maintained their two-point advantage over Leinster with a win in Coventry.

Like us, they are now at home this weekend. Who’ll blink first? Your team needs you. Show your support, be loud, proud and be blue. The stadium will be flagged as normal, let’s welcome our team to the stadium and onto the field with a sea of blue!

The Leinster players will travel together as a team by bus and enter the stadium at the entrance adjacent to Lansdowne rugby club at 4pm.

To support this the OLSC will be giving out our traditional blue Christmas Santa hats and flags from 3.30pm at this entrance and are asking supporters to gather and prepare to cheer the team into the stadium.

We would like to thank Bank of Ireland for once again sponsoring the Santa hats.

Please send the OLSC your Christmas pictures of you or your loved ones wearing Leinster Blue around the world. Pictures will feature in future match day programmes. Send all images to olsc@leinsterrugby.ie.