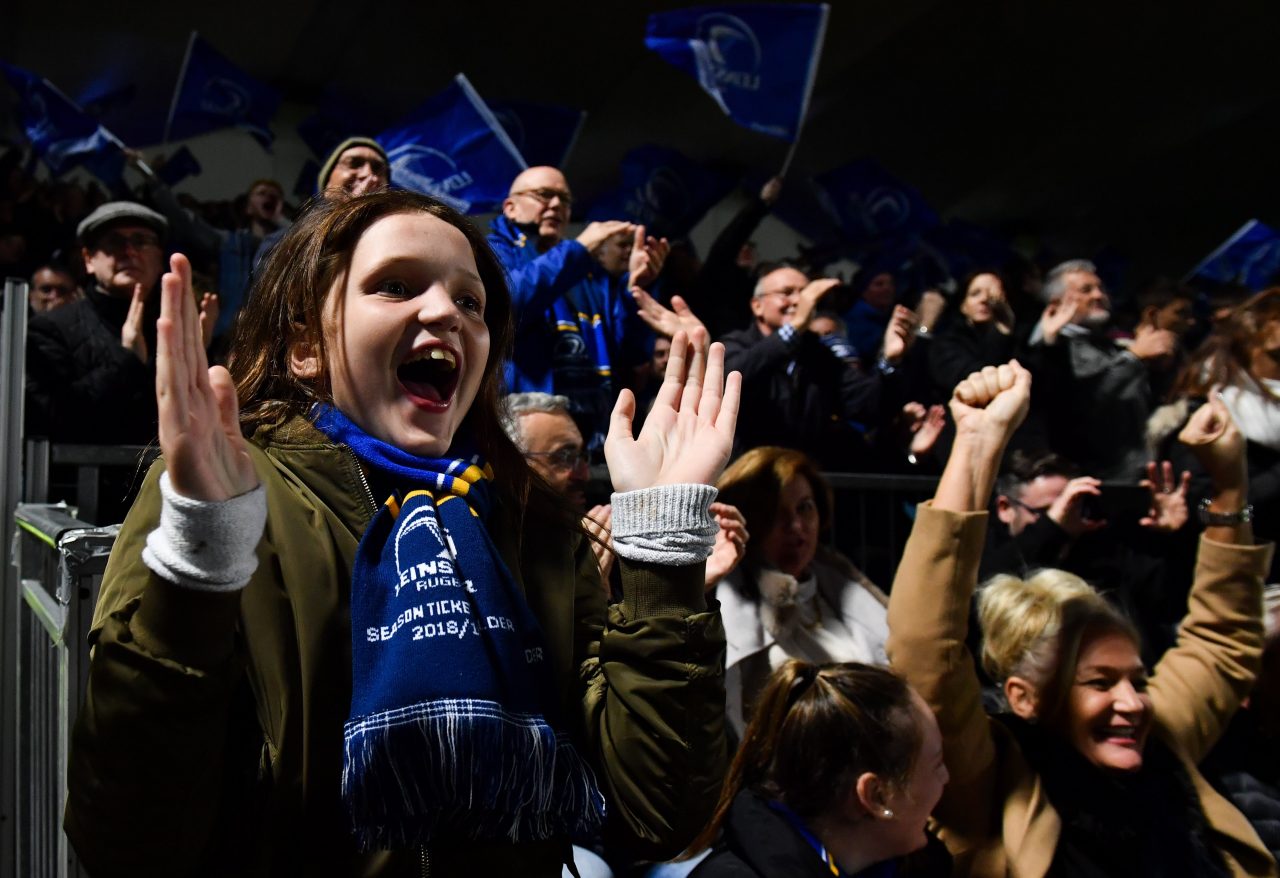 Over 1,000 children from clubs and schools across the province will attend Leinster v Ospreys at the RDS Arena on Friday thanks to One Province.

One Province is a community ticketing initiative designed specifically for underage groups from Leinster travelling to matches at the RDS and Aviva Stadium, with junior tickets available for €5.

Leinster Rugby offers a free adult ticket for every 10 tickets bought to facilitate parents, coaches or teachers who are travelling to the game with the group.

Friday’s game against Ospreys will be the province’s first at home since the 52-3 win over Wasps in the Champions Cup.

One Province orders for Leinster v Ospreys are now closed.

Orders for Leinster v Bath at Aviva Stadium on Saturday, 15 December, can be placed until Friday, 7 December.

To place an order, email tickets@leinsterrugby.ie.