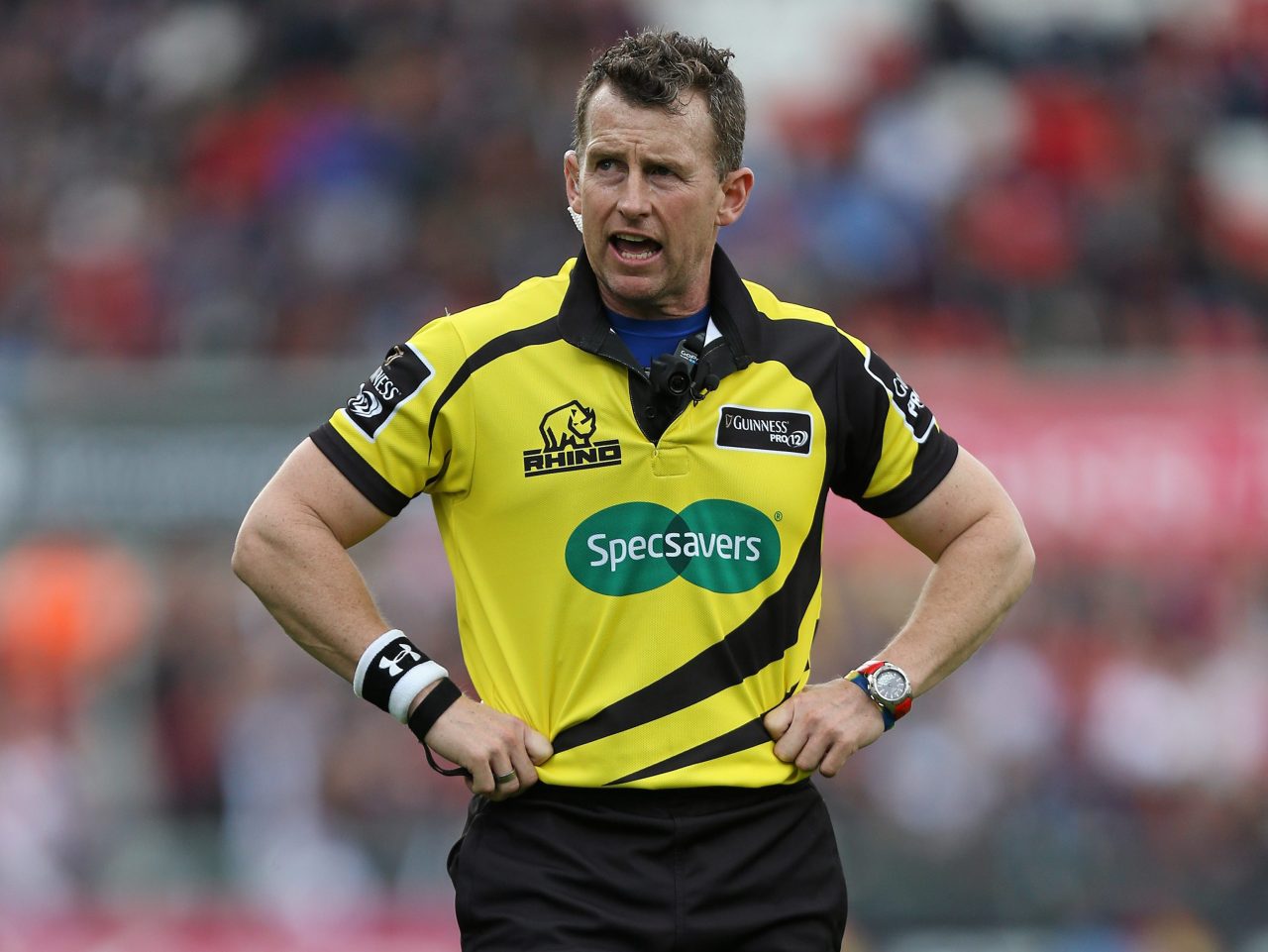 Nigel Owens will be the man in the middle for the Guinness PRO12 Final this Saturday at BT Murrayfield.

This will be the Welshman’s fourth career PRO12 final after he previously took the whistle for the 2011, 2014 and 2015 showpiece events.

Saturday’s clash between Connacht and Leinster will be Owens’ 136th PRO12 game and caps a remarkable last 13 months for the 44-year-old.

Owens will be making his fifth major final appearance in that time – with two European Champions Cup finals, two Guinness PRO12 finals and of course last year’s Rugby World Cup final all refereed by him. And Owens cannot wait for the clash in the Scottish capital that will cap a whirlwind year for the Welshman.

“I’ve got another huge game to look forward to at BT Murrayfield,” he said. “It will be my fourth PRO12 final and the standard simply rises every year. In recent years the PRO12 finals have been of a similar intensity to international matches and the Guinness PRO12 Final on Saturday promises to be a on a par with any other in Europe this season.”

Owens will be joined at BT Murrayfield by two assistant referees, Ian Davies and Ben Whitehouse, who both also hail from Wales. And rounding out the refereeing team will be another Welshman in TMO Jon Mason.

Tickets for the Guinness PRO12 Final on Saturday are still available to purchase from £20.