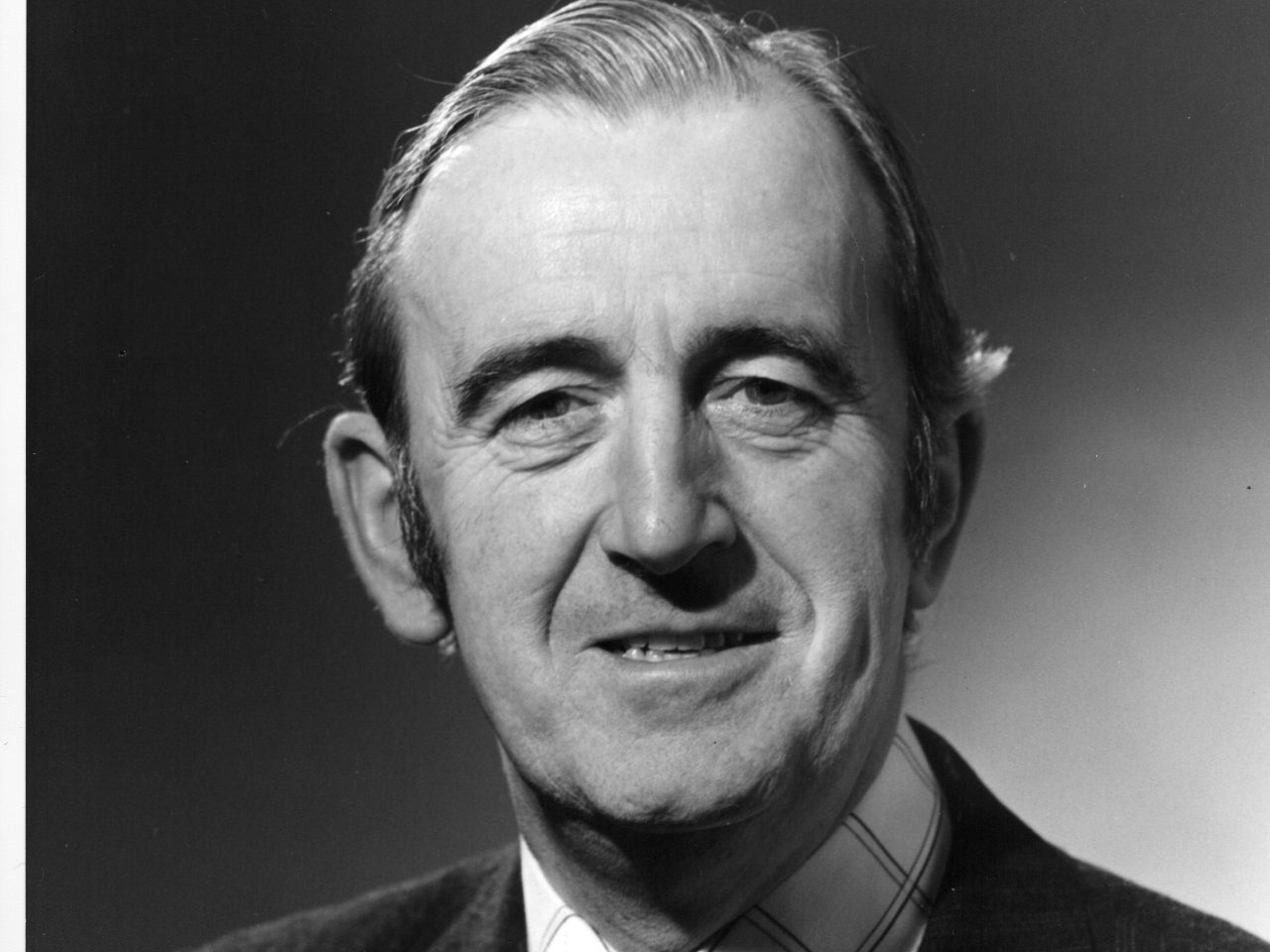 Frequently persons are classified as legends; and hyperbole is necessary to get across a person’s importance and character…

However, Paddy Bolger, who sadly died on 4th December 2014, transcended definitions.  Without Paddy, it is unlikely that our club would be at the present level or have the facilities it now has.  It is clear that our heritage would be much poorer.  We are all inclined to accept things as they are and take existence as it is for granted.  Our younger members might like to know what a special man was Paddy and a little bit about his life and a tinge of his extraordinary contribution to the club.

Paddy was a true, old-fashioned gentleman, considerate, concerned and kind, ever polite and well mannered.  St Marys was his life, and next to his family, sons John and Paul and daughter Mary, and his beloved wife, Carmel whom he married in 1951 and who predeceased him by eleven months, it was his raison d’être.
Paddy was born in Harold’s Cross and attended school at St Mary’s College Rathmines.  He was a good student and a fine athlete.  He played on the school JCT and SCT, and in 1944 got a schools’ interprovincial cap and won the school’s Victor Ludorum trophy.

On leaving school, he joined the family building business in which he rose to MD and became a highly respected businessman.  He also joined St Marys College RFC, then at Kimmage Grove, a farm owned by a Mrs Doherty.  He played senior rugby there until he was 25 when an injury decided him to retire from playing, but that intensified his involvement in the club

When Mrs Doherty sold her farm in 1954, Paddy with colleagues including, Paddy Branagan, Matt Gilsenan, Bill Fagan, Vincent Mc Govern and Brian Whelan set about finding and funding a new ground; which they did close by at College Drive, off Fortfield Road.  This was a truly daunting task in those times.  He was very happy there and was treasurer from 1955 to 1961, during which period, Joe Fanagan’s team won the club’s first Leinster Senior Cup (LSC) (the most prestigious trophy in Irish rugby at that time).  In 1969-72, he was club president, during which time St Marys won the LSC under captain, John Moloney, and the Leinster Senior League under the captaincy of J B Sweeney, with whom he formed a lifelong close friendship.

Again, when with foresight the same group of life long members realised that for the club to reach it full potential it would have to move to bigger grounds, they did the hard work, planning and fundraising to make the move from College Drive to Templeville Road in 1975.

Paddy was President Leinster Branch IRFU, during season 1979-80 and was honorary treasurer IRFU during the 80s.  He was made a life honorary member of St Marys and a trustee of Leinster Branch IRFU.  He continued working for St Marys and attended functions and matches up to very recently.  He continued to be sought after for advice and counsel.  Paddy was a man of great forbearance and resolve, he treated ill fortune or disappointment with bravery and dignity and was widely admired in that regard.

Paddy was a builder by profession and by nature; and he did much to build St Mary’s College RFC.  He will be a big loss to our club and we must not forget him.