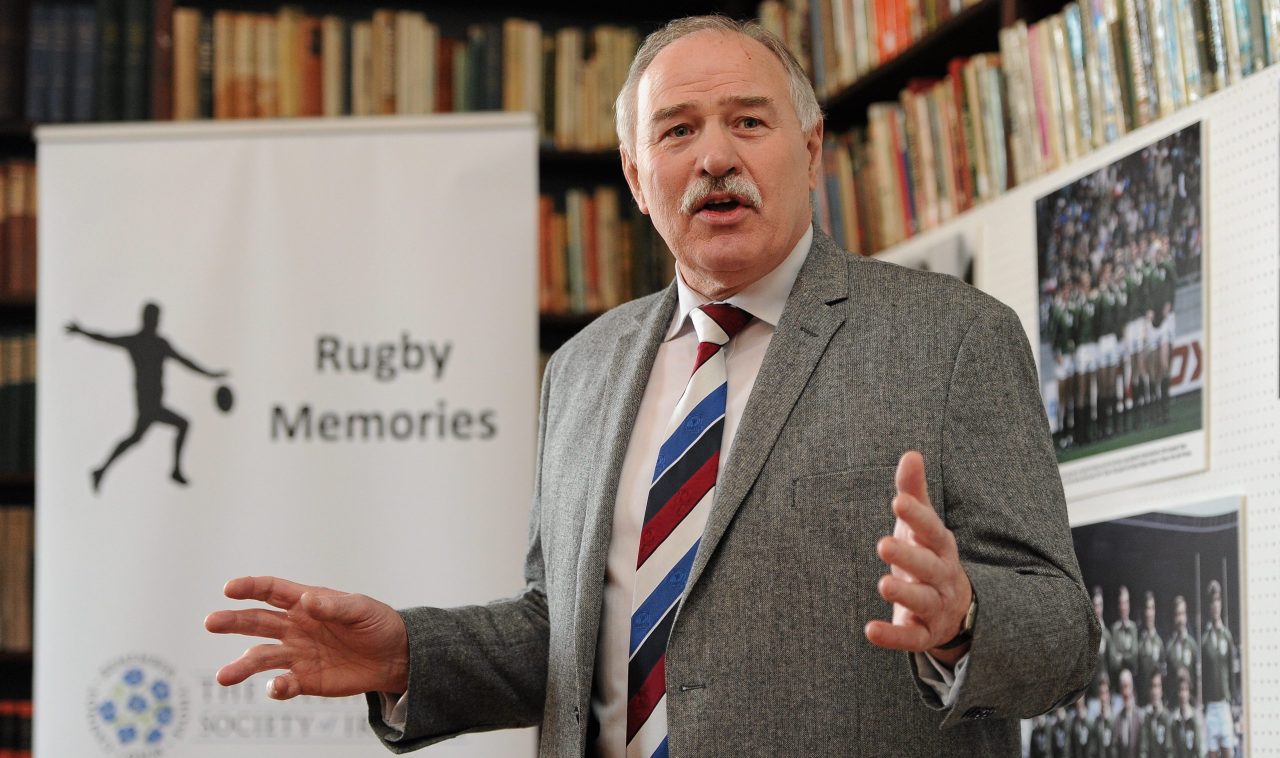 Philip Orr has assumed the highest office in Irish rugby after a distinguished career as player and administrator. His services have twice been recognised by the Rugby Writers of Ireland, as winner in 2007 of the Tom Rooney award for exceptional contribution to Irish rugby and also induction to the Hall of Fame in 2016.

A member of Old Wesley RFC for 44 years – he was President in its Centenary Year in 1991/92 and Captain of the 1985 winning Leinster Senior Cup team – in a glittering playing career he starred for Leinster, Dublin University FC, the Combined Irish Universities, the Barbarians, Ireland and the British and Irish Lions.

He made his Ireland debut in 1976 against France in Paris and in a career spanning 12 seasons he was for many years Ireland’s most capped prop forward with a then world record 58 appearances, 49 of which were earned consecutively.

On retirement from international rugby after the World Cup 1987 he immediately began what has been an equally effective administrative career, initially in the preparations for the Old Wesley club’s Centenary Year celebrations and then in 2000 as the Old Wesley club’s delegate on the Leinster Branch, followed by his election to the IRFU Committee in 2009.

Since then he has held a number of key roles, including Chairman of the Disciplinary, Coaching and Referees Committees and as a member of the Representative Game, Commercial and Marketing, and Rugby Committees.

He was Manager of the inaugural Ireland Club (amateur) team in 2005/06 and also Manager of the Ireland under 20s team for three years which included the winning of the Six Nations Championship Grand Slam in 2007.

Educated at The High School and Trinity College and formerly joint Managing Director of the family owned protective clothing company Orrwear Ltd; he is married to Anne and is the fourth member of the Old Wesley club to be elected President of the IRFU.