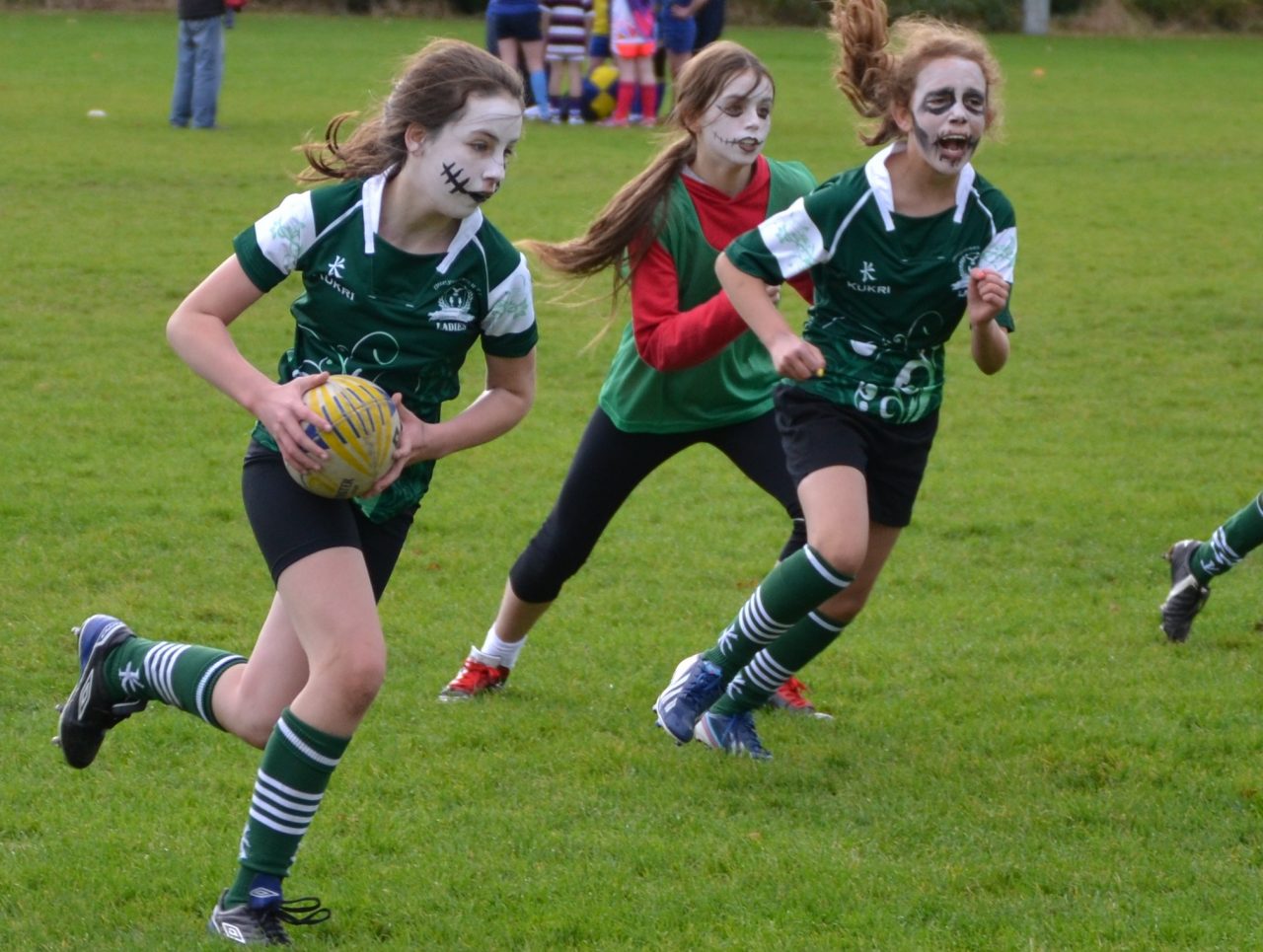 Last Sunday, 12 girls teams met to have their first taste of full contact rugby at a mini rugby blitz in Barnhall RFC.

Many clubs around Leinster have taken part in the IRFU’s Mini Girls – ‘Give It A Try’ initiative launched in September, and it was nine of these Leinster clubs who brought under-10s and under-12s teams to play in the festival at the weekend.

With prizes on offer for the best face painted team the girls looked fantastic as they began the day with a ‘Contact Clinic’ with Leinster Women’s Development Officer, Jennie Bagnall, and Ireland out-half Nora Stapleton, before commencing three rounds of fast action games of full contact rugby.

The growth of mini girls rugby so far this season has been exceptional in all areas of the province, with exclusive girls teams now in existence at Wicklow RFC, Tullamore, Terenure, Old Belvedere, Blackrock, Greystones, Athy, Ratoath and Barnhall, as well as Naas, Navan, Dundalk, Skerries, Westmanstown and others.

With at least one more girls festival planned before Christmas, it’s not too late to ‘Give it A Try’. Please contact your local rugby club, or jennie.bagnall@leinsterrugby.ie if you wish to be involved in Mini Girls Rugby, as a player, coach or volunteer.

Take a look at some photos from the blitz in Barnhall: 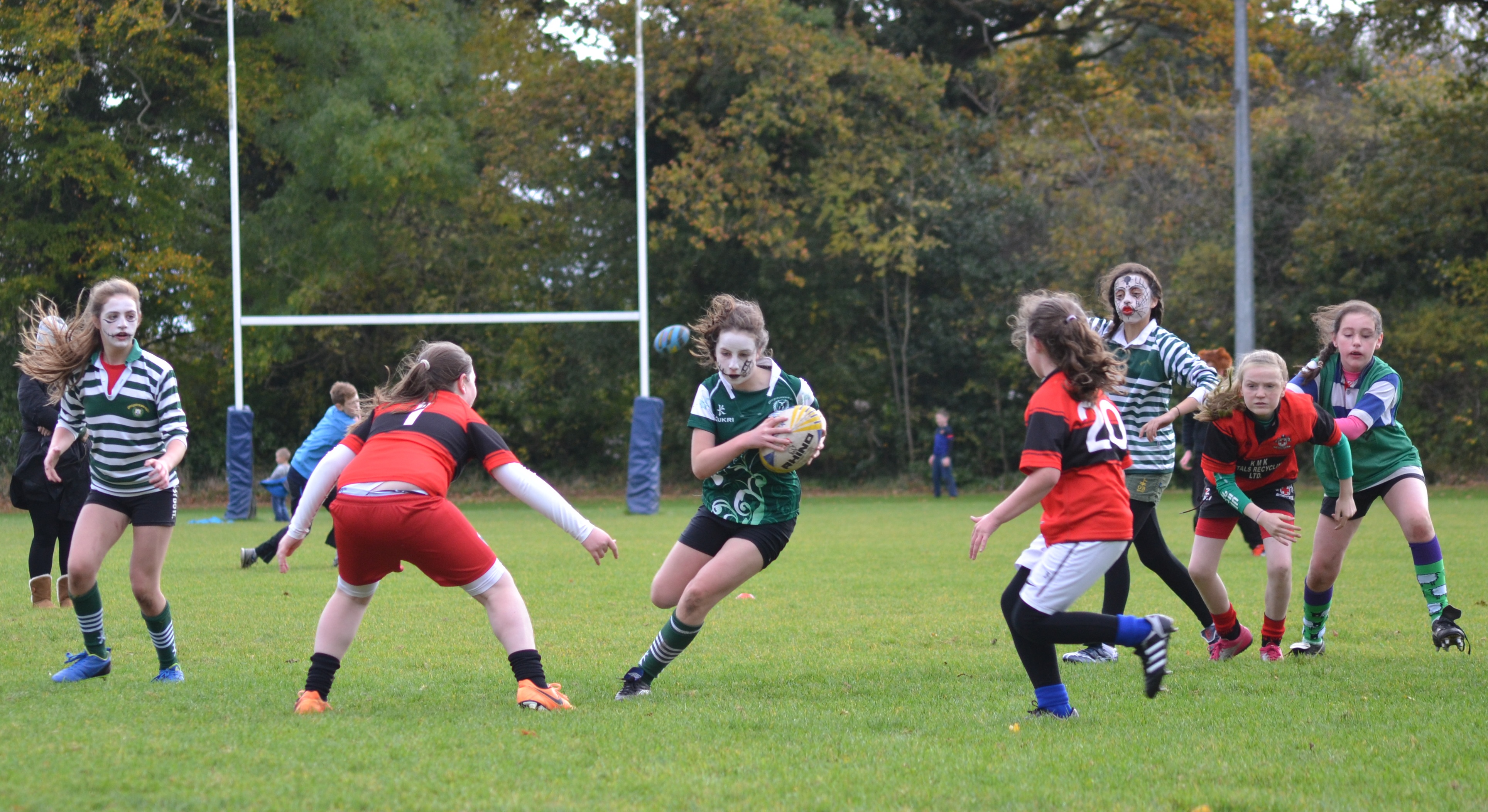