Porridge – the breakfast of champions? 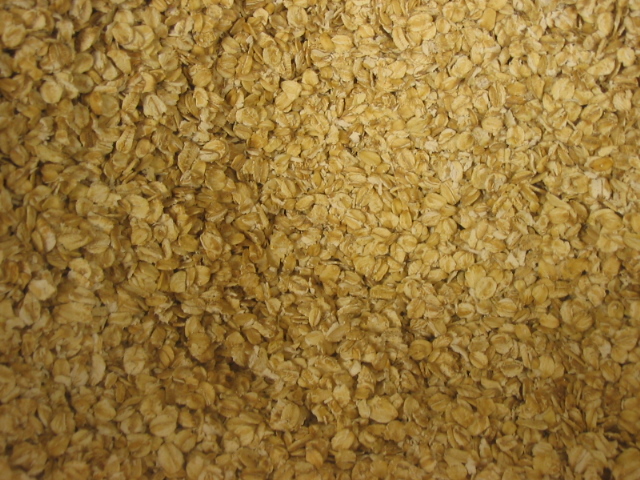 Leinster’s Head Performance Nutritionist, Daniel Davey, takes a look at porridge and whether or not it is the ‘breakfast of champions’…

Porridge – the breakfast of champions?

Almost everyone has eaten porridge or oats at some point, or if not, someone has probably advised you to do so. Oats (also known as avena sativa) are a species of cereal grain grown primarily for human and animal consumption. Compared to other cereals, oats go through a relatively low level of processing to make them edible as a food. Oats are a very versatile food product used for making flour, cookies, bread, desserts and even brewing beer, but are most well-known as a breakfast staple in the form of porridge, muesli and granola. So what are the virtues of oats that make them the so called “breakfast of champions”?

The nutritional value of oats

Oats primarily consist of complex carbohydrates, but also contain an often underappreciated amount of protein, and a small amount of fat. Oats are also a good source of fibre, which is vitally important for optimal digestion, but unfortunately is often deficient in many Western diets. The combination of high fibre and complex, slow-digesting carbohydrates in oats result in a slow release of sugar into the blood after a meal, and thereby, provides a sustained supply of energy to the body. This is the ideal response to a breakfast as it will ultimately leave you full and satisfied well into the morning.

In contrast, the majority of processed cereals on the market are high in added sugars (they taste great!), and low in fibre due to the heavy processing. This nutrient profile and rapid digestion can lead to peaks and dips in blood sugar (the dreaded “sugar crash”), which result in poor energy levels, concentration lapses and often snacking on convenience foods. Research has shown that a combination of increasing cereal fibre intake, and reducing the sugar content of the diet, as can be achieved when oats are eaten as part of a balanced diet, lowers bad cholesterol, reduces blood pressure, reduces the risk of diabetes and supports fat loss – all good news!

Should you eat porridge for breakfast every day?

There is no doubt that if you choose to eat a cereal-based breakfast, a no added sugar, oat-based variety is the one to choose. This is particularly the case if you are training intensely and/or have a significant requirement for high carbohydrate foods e.g. manual labour. However, if the gym and structured exercise is not for you, but you are still aiming to reduce body-fat, eating large portions of oats (or any carbohydrate-rich food in general) is not ideal as this can limit the body’s ability to preferentially use fat as a fuel source for energy.

Another important consideration is that people often add large amounts of honey, jam or sugar to their porridge to sweeten the taste. So, in fact I would say that rather than there being anything specifically bad about oats, the quantity and nature of what is added is a important point. Just like having a pastry with a cup of green tea kind of defeats the purpose, adding large amounts of sugar, sweeteners and other treats to a large bowl of oats compromises the nutritional value of the meal.

My advice is to vary your breakfast options throughout the week. For example, on days that you don’t train or spend a lot of time sitting, try a protein-based breakfast combined with a good source of healthy, essential fats such as an omelette of eggs, spinach, tomato and smoked salmon. On days when you are exercising have small portions of jumbo oats combined with walnuts, pumpkin seeds, blueberries, a tablespoon of milled flaxseed, and topped with whole, natural yoghurt.

Here in Leinster Rugby, porridge with fresh fruit, mixed seeds and milled flaxseed is highly recommended to players on training days and in preparation for games.

This combination will satisfy most appetites, and offers a much more rounded nutrition profile than having simply a large bowl of oats with water or milk, and a large serving of honey to sweeten.

As with most foods, choosing the option with the least amount of processing is the best approach. The least processed form of oats is what is known as “pinhead” or “steel-cut” oats, which have an appearance similar to rice. They require a lengthy time to cook and are difficult to eat unless soaked overnight beforehand. By and large, the oats most commonly used for breakfast porridge are rolled oats, which have a flat, flake-like appearance. In the case of oats, a simple rule of thumb is that that you should try to source the biggest oat flakes possible. The finer or more powdery that your oats are, the more processed they tend to be.

So it stands to reason that not all off-the-shelf porridge is equal as there are highly-processed varieties of oats on the market like “instant” oats or microwavable tub versions. These are best avoided. Instant oats are oats that have been rolled, steamed, dehydrated and pre-cooked (roasted), and often have sweet flavourings and sugar added. This processing drastically alters the nutrition profile of the porridge as much of the fibre is removed, and digestion is more rapid. When combined with the added sugars, this can result in rapid fluctuations in blood sugar, and none of the satiating effects of traditional oats.

If you are struggling to like your porridge first thing in the morning, try different combinations of fresh fruit, berries, nuts and seeds as suggested above until you find one that works for you. Adding a little honey for taste can certainly help, and ground cinnamon is another favoured addition. It is often said that variety is the spice of life – the same can be said for your porridge!