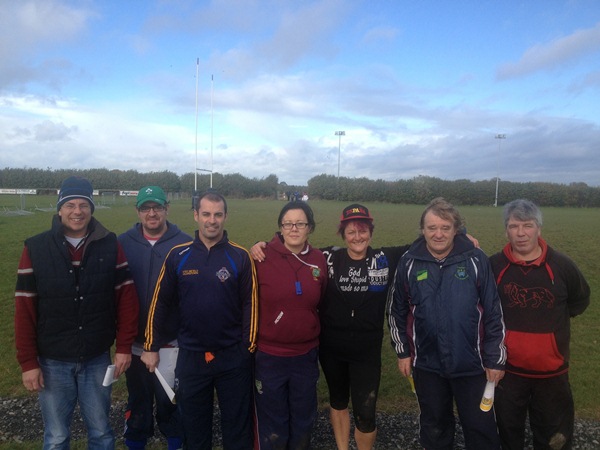 New coaches had to be recruited and as always a large number of parents have stepped in and offered their help. As a result we have gained a new enthusiastic group that has joined our experienced coaches.

At a joint minis and youths coaches meeting at the beginning of September a series of decisions were made to improve the quality of coaching at the club. A number of general and specific in house coaching courses were agreed. The idea behind it was that coaches would get to know each other better so that moving of coaches between age grades could happen in the event of one of the coaches not being able to attend training at some point, thus ensuring that optimal number of coaches per player is still achieved. The other reason was exchange of knowledge and experience between coaches who have already been through age grades and information for newer coaches about what they can expect and how to deal with problems that might arise.

As a result a very busy two months were ahead. As a priority, appropriate player/coach relationships were identified and so a code of ethics course was booked in conjunction with Laois Sport Partnership and at least one coach from each age grade has participated.

The decision was made that the good weather was to be taken advantage of and on the first weekend of training, all minis coaches stayed around for our first in house coaching course. Some of the topics covered were the basics of young athlete development, planning of training and coaching of skills through application of relevant key factors for particular age grades. Coaches have really enjoyed the exchange of ideas, drills and games.

A similar course was run a couple of weeks later with youth coaches and along with the topics mentioned above an exchange of ideas in dealing with players in teenage years was a big part of it also.

Priority in skill coaching was put on tackle and defence. Midweek training with the U15s was arranged and around 20 coaches participated and a variety of drills and games for building a tackle technique and team defence was presented.
In forthcoming weeks a series of workshops on improving skills, understanding and altering drills and games, including fitness in training and a presentation on better refereeing for coaches will be held by one of our referees.

Leinster Rugby’s CCRO Alex Mihajloic would like to take this opportunity to thank the coaches for their enthusiasm and increased interest in providing the best training experience for players.