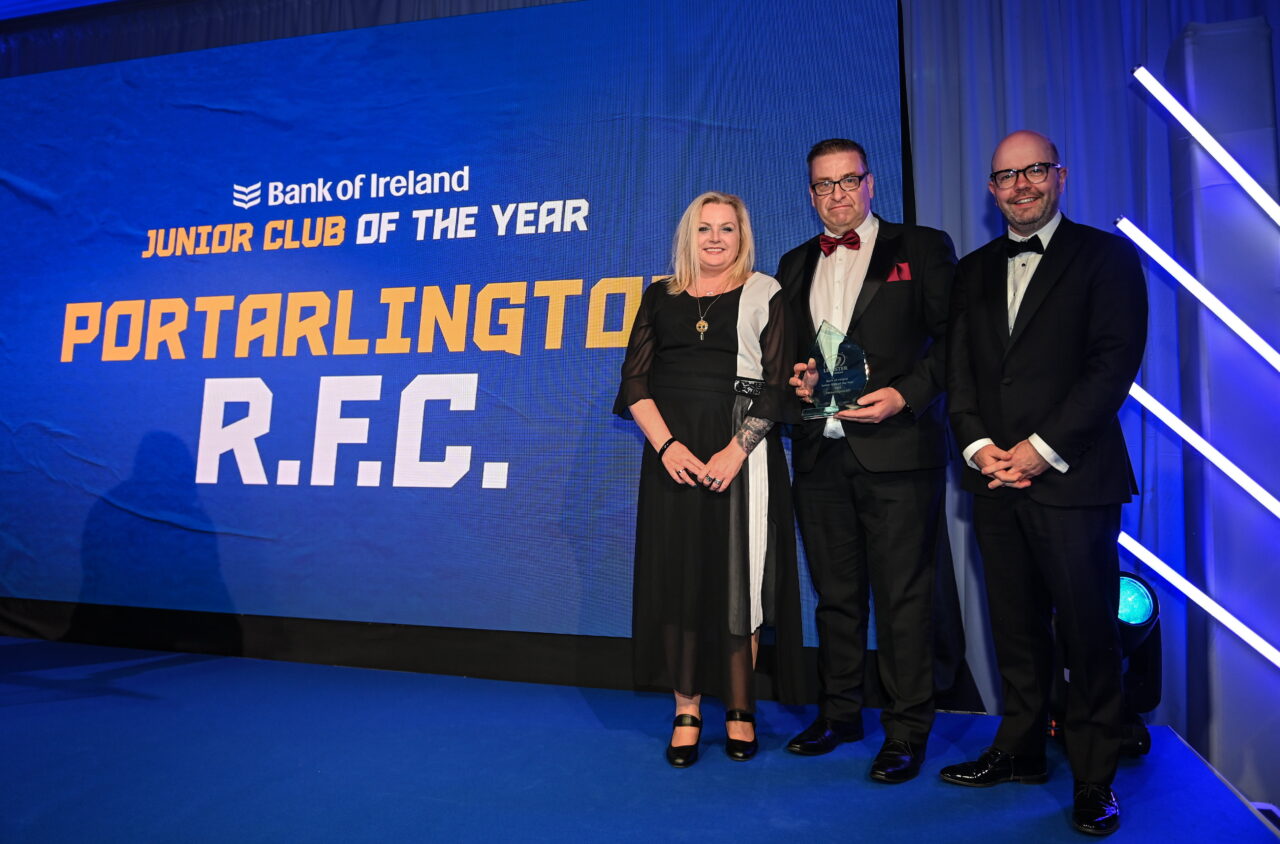 Based in County Laois, Portarlington RFC was founded in 1974 and in its short history this family orientated club has had much success on and off the pitch.

In recent years the club has put an impressively strong emphasis on inclusion, and the work done to make every member of their community feel welcome at the club was one of the main reasons that they were honoured with the Bank of Ireland Junior Club of the Year award at this month’s Awards Ball.

At minis level, the club made the most of the Covid period to encourage more parents to bring their kids to the club.

Restrictions meant that for a prolonged period contact was not allowed and so the club seized this opportunity and set up girls-only teams at U-8, U-10 and U-12 levels.

They timed the launch of these teams to coincide with the end of the GAA season and local football and camogie clubs encouraged girls to try rugby over the winter. 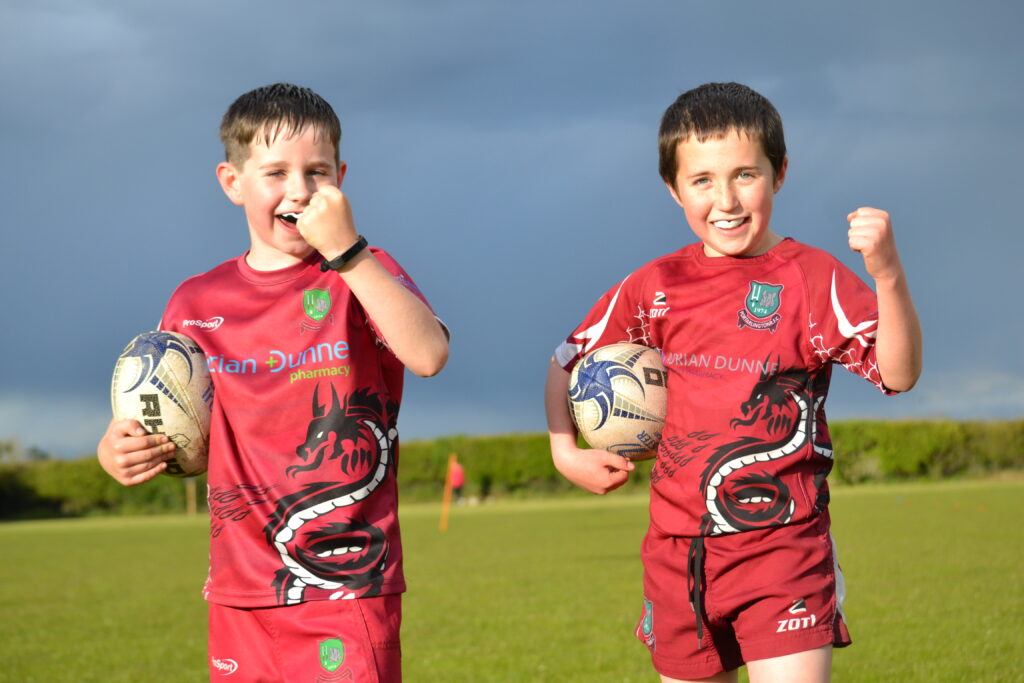 The project was a huge success and saw the numbers of girls involved at minis shooting up from five to over 60 during the 2020/21 season.

Minis co-ordinator Barry Lambkin said: “We also saw a huge increase in the numbers of boys starting rugby during the Covid period. After the initial lockdown parents were keen to find well organised activities for their kids and we encouraged them to come out for a few weeks with no obligation and when they saw how inclusive, positive and encouraging the environment is they stayed.

“We ended up having to start a separate U-5 group for boys and girls as demand was so high. Having separate girls teams has been huge for us though and through our CCRO Páidí Mahon we are working with the local schools to encourage more girls to get involved and experience the joy of sport.”

The club made inclusion the theme of their Covid planning in other ways too as they developed a walking track that is lit by LED lights and is available to everyone in the local community.

This provided a perfect way for people to safely exercise within local travel restrictions and it continues to be used extensively, especially by parents while their kids are training. 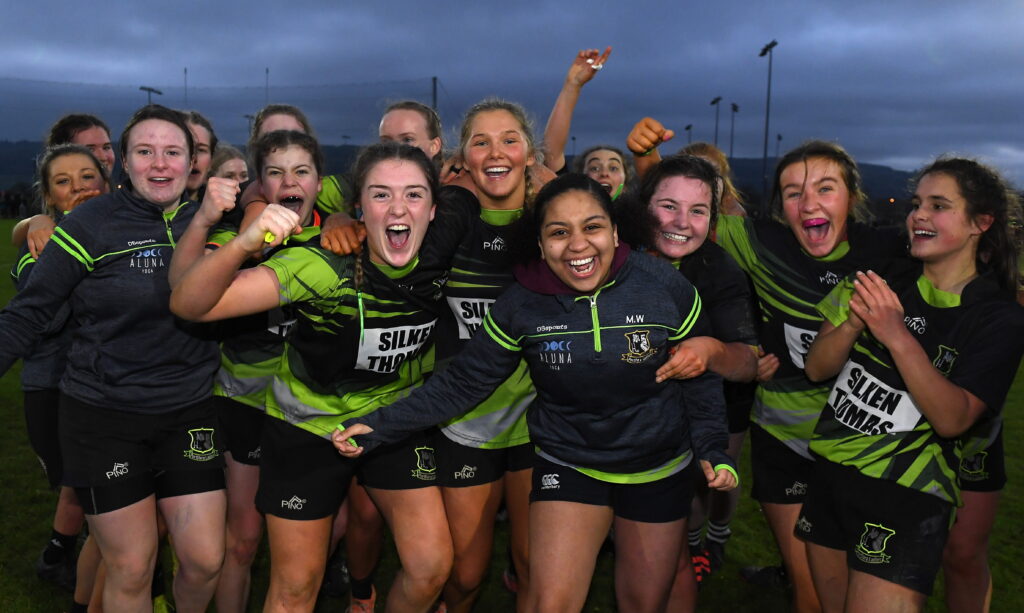 Under the leadership of groundsman Kevin Hyland the club has also developed the facilities with extensive work being done to improve and maintain the playing surfaces, dugouts have been built and new LED lights have been put in place for training.

More recently the club has also built a fully-equipped gym.

The clubhouse has always been the focal point of Portarlington RFC and Covid restrictions meant that everything from hospitality after minis blitzes to post match meals for seniors, discos and other social events had to be shelved.

However, during that time the club’s volunteers gave the clubhouse a facelift and installed new technologies including indoor and outdoor sound systems and a state of the art projector screen to show Ireland and Leinster matches in their bar area.

Club Chairman David Hainsworth says that all of these innovations are geared towards making the club a home from home for their members. 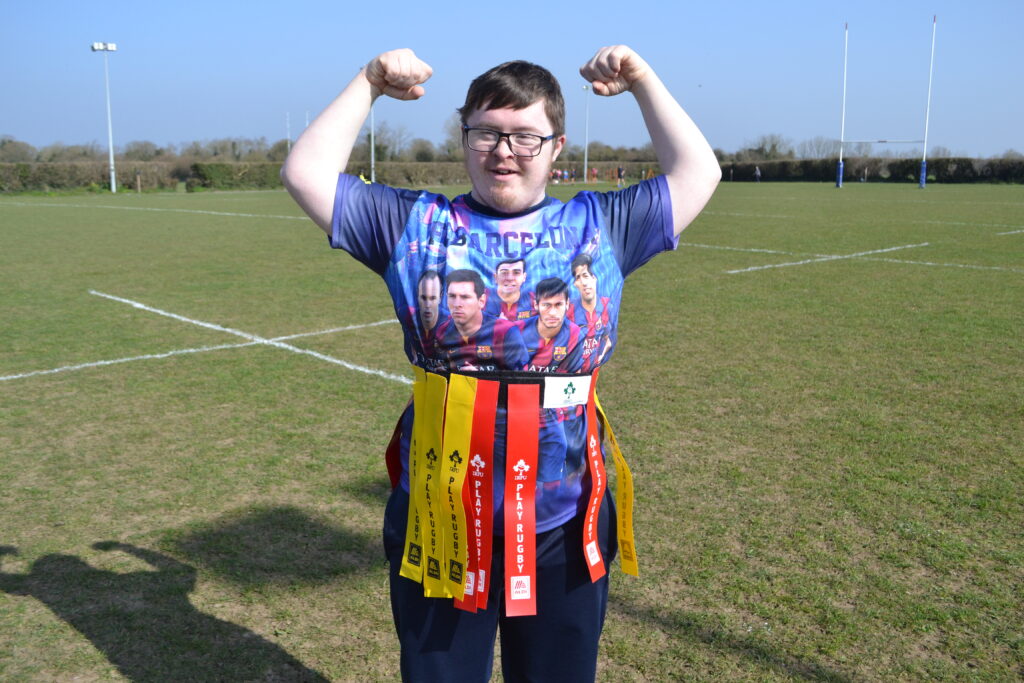 “We want our members to feel like this is their clubhouse. We want to see them coming to home matches and staying around for food and drinks with their rugby family or coming out to watch Leinster or Ireland on the big screen.

“Their clubhouse is somewhere that they can have birthday parties for their kids or themselves as we don’t charge members for private use of the facilities. People come through the gates to bring their kids to try rugby and we want them to stay for life as part of a really special club.”

On the pitch, it has also been a really encouraging season for Portarlington. Their senior men’s first XV won Leinster League Division 3 with an unbeaten record and were narrowly beaten by Naas in a thrilling Bank of Ireland Seconds Towns Cup final.

Their second XV won the Metro Division 10 title which was a really important achievement for a club that has only had one men’s team in recent years. At youths boys level, the club fields teams at U-14, U-16 and U-18 and the number of recent youths graduates in their successful senior teams is a source of huge pride for their youths coaches.

The club is amalgamated with Cill Dara at girls youths and women’s levels and PortDara teams had a season of outstanding success that saw many of their youths players included in area, Leinster and Ireland panels. 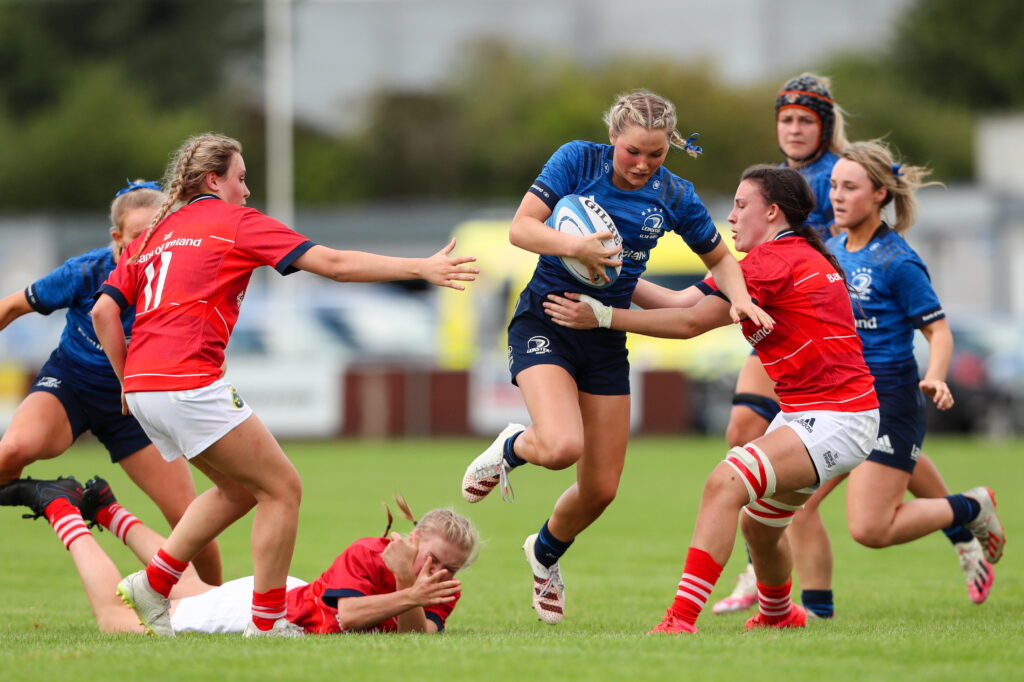 The highlight of the PortDara youths season was seeing their U-18s lifting the Bank of Ireland U-18 Girls Cup at IT Carlow in December.

Many of that team will now graduate to the Falcons team who compete in the Leinster Women’s League Division 1. The Falcons have had regular success in recent seasons and there is great excitement around the potential that the bolstered squad will have to build on that.

Another new innovation that has drawn huge praise from the local community has been the development of the Port Eagles. This inclusion rugby team caters for adults and children with physical, sensory and learning difficulties.

With support from Leinster Rugby and the IRFU, Portarlington RFC have trained up a large group of volunteer coaches and they are delivering inspiringly fun sessions for the participants who range in age from three to 60!

Director of Rugby Paul Mannion says that this group reflects what the club is all about. 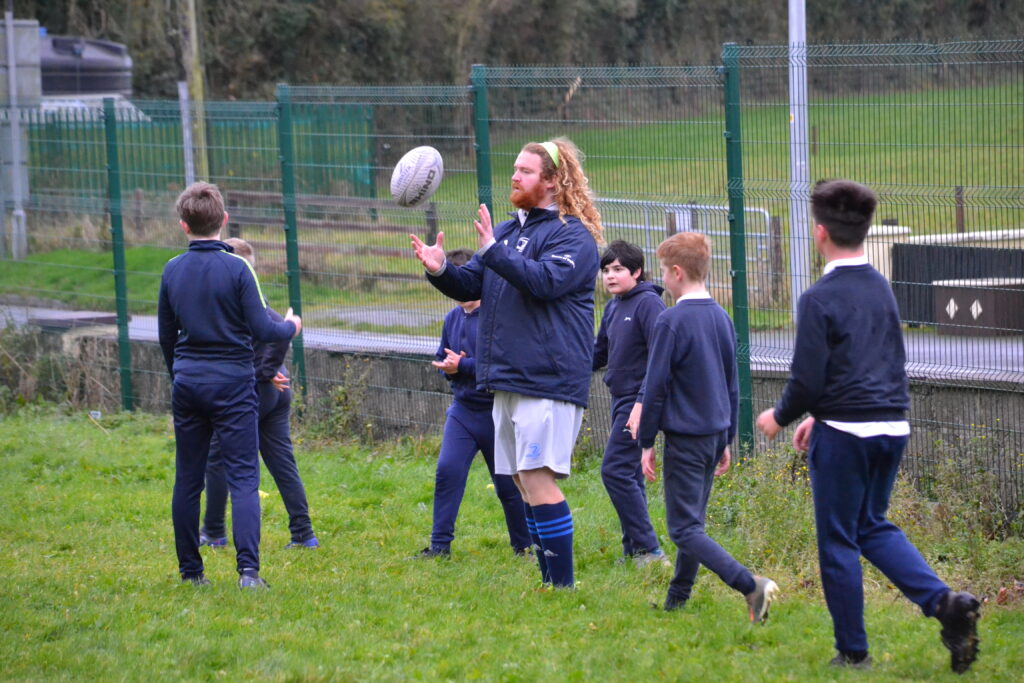 “We can now say that there is a team for everyone in Portarlington Rugby Club. We have adult men’s and women’s teams as well as mixed social tag rugby in the summer. We have boys and girls youths and minis teams for all age groups from three to 18 and now we have a team for adults and kids with special needs.

“It’s really important that we have a place for everyone because we want our club to reflect our community. We encourage gender balance across all areas of our club and we do everything that we can to make sure that our club is somewhere that everyone can feel comfortable with being themselves. Our teams might train separately but everyone in our club celebrates sport and community together.”

All of the success that Portarlington RFC has had both on and off the pitch reflects the work that has been put in over recent years to develop and implement a club strategic plan.

This ever-evolving roadmap for the club has allowed them to set short, medium and long-term focused goals.

This award reflects the fact that Portarlington RFC is a club that sees their potential to bring the joys of sport and the huge benefits of being part of a club to as many people as possible in their community.

All at Leinster Rugby would like to congratulate Portarlington RFC on their well deserved award and we wish everyone at the club the best of luck as they continue to develop their club in a way that highlights the values of our wonderful game.