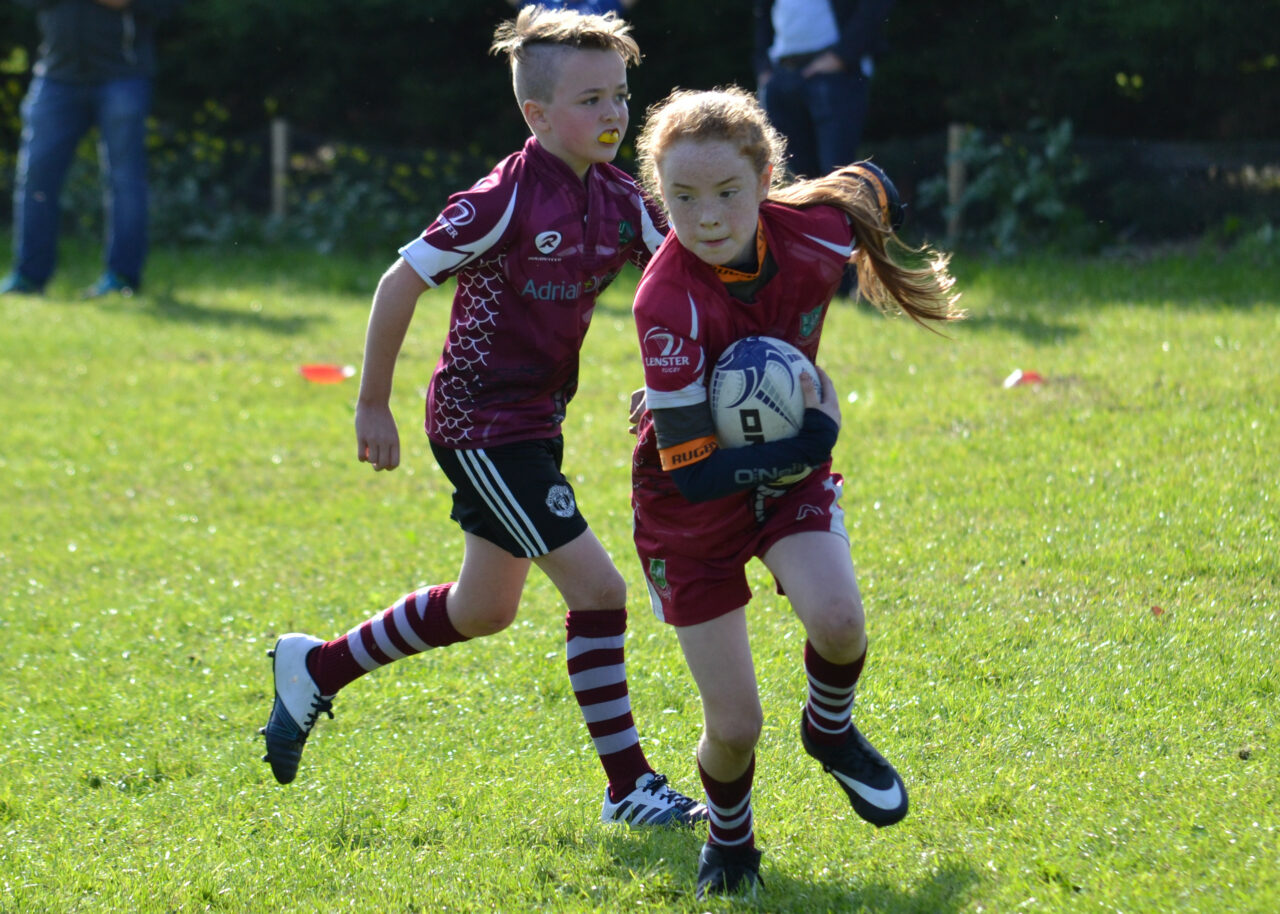 Like all clubs, Portarlington RFC are doing everything in their power to ensure that they can offer their members a sporting outlet during the current period of restrictions.

Working with Leinster Rugby’s Club Services Officer, Carol Maybury, the club have put together a Covid strategy and built a team of fully trained Covid Coordinators.

These coordinators are ensuring that all training sessions comply with requirements and this is allowing their teams to continue to enjoy the benefits of training.

These measures have allowed Director of Rugby Paul Mannion to introduce some exciting new innovations to the club that not only allow existing players to continue to train but also invite new players to enjoy the benefits of inclusive team sports.

Former Leinster Juniors player Mannion worked with CCRO Páidí Mahon and Minis Coordinator Barry Lambkin to plan the first of these innovations – a ‘Give it a Try’ event for girls that looks to capitalise on increased participation of girls in sport in the area as well as the success of the CCRO programme in local schools.

Local GAA clubs St. Conleth’s, St. Paul’s and Banríon Gaels have been successfully building numbers of girls playing football and camogie and these clubs, who are keen to see girls having the opportunity to play sports all year round, played a big role in promoting the Portarlington Minis ‘Give it a Try’ event.

Local schools also encouraged students to participate in the four-week programme. This came as no surprise to the club as CCRO Mahon has been building strong relationships with 14 mixed and girls-only schools in recent years. 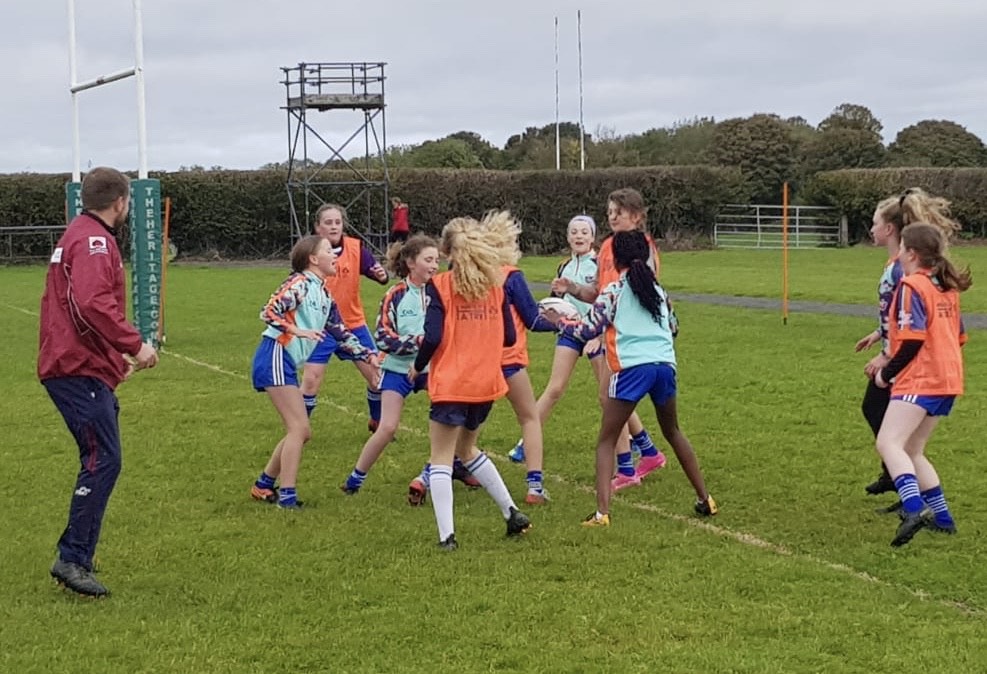 The event was a huge success with 54 girls turning up to take part. It was a high energy session with multiple pods of players enjoying a variety of games that gave them a taste of the non-contact core skills involved in rugby. Led by Leinster Rugby’s Women’s Development Officer Jennie Bagnall, Portarlington coaches and PortDara Falcons players kept the groups moving, learning and having fun.

Minis Coordinator Lambkin was delighted with how the day went, “There was an incredible buzz around the club this morning. The smiles on the girls’ faces says it all. They had a great time and now we have a great opportunity to develop our girls’ minis teams and welcome even more families to our club.”

Portarlington’s Minis Give it a Try programme will run for another three weeks on Saturdays from 10.15am to 11.15am at their Lea Road grounds. 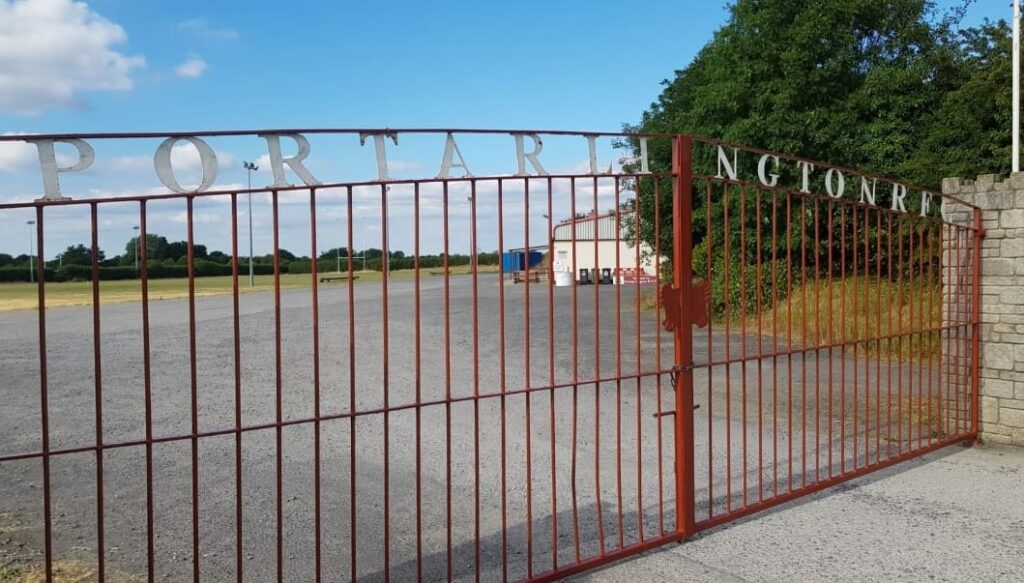 The second innovation also makes the most of a difficult situation by replacing men’s senior and u18s training sessions with a ‘Street League Tag Tournament’.

Mannion explains the thinking behind the event: “We decided that instead of feeling sorry for ourselves we would run something that would allow head coach Ross Doyle and his coaching team to work on fitness and ball handling in a safe environment but also encourage new players to come out and take part. We already have a good few new faces signed up and this could really help us with our ambition to build a seconds squad – something that we haven’t had for a few seasons now.”

The tournament sees u18s and senior players from the same housing estates, streets and townlands along with new players from those areas coming together for seven-a-side tag games every Tuesday and Friday evening. It is a brilliant idea that makes the most of the restrictions to focus on some core skills while recruiting new players at a time when opportunities to exercise and socialise are limited.

“Paul has come in as Director of Rugby and he has identified areas where we need to improve across all age groups. He is asking all coaches from minis to senior to focus on core skill development through high tempo games rather than old school drills. Himself and Barry Lambkin have already organised for CCRO Páidí Mahon to deliver ‘Coach the Coaches’ sessions for minis coaches to introduce games that are appropriate under current restrictions. Similar is being done for youths coaches and this tournament is a really clever way to make sure that players continue to develop even with restrictions in place.”

North Midlands Area CRO Joe Carbery has been working closely with the club to help them to build their player and coach development strategies and that support together with the innovative thinking of the leaders in the club will no doubt pay dividends when they return to competitive action.