Portarlington’s Séan Has Weekend to Remember 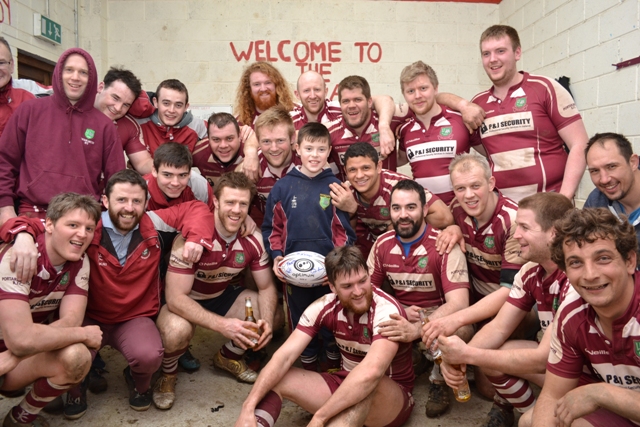 Portarlington minis player Séan Downey is something of a rugby fanatic and last weekend will be one that he will never forget!

Séan Downey, who is rarely seen without a rugby ball in his hands, was part of an U-10s team that put on a hugely impressive display in Portarlington colours at the Leinster Blitz in DLSP and then travelled with 120 other minis players to see the Blue Magic triumphing over Munster in the Aviva.

As if that wasn’t enough, Séan was then given a really special day by his club as he was made an honorary member of the senior team for the day as part of his Supporter of the Year Award. He was involved in the pre-match warm up as Port’ took on Clondalkin in a Provincial Towns Plate quarter-final and then led the team out along with his favourite player, the influencial back rower Mark ‘Pica’ Petriu.

During the game Séan acted as waterboy and assisted Kieran Hyland with his place kicking duties by bringing his kicking tee on as required.

Séan will have really enjoyed a pulsating tie which his team won 22-20 thanks to tries from his hero Mark Petriu as well as Leinster Juniors player Ross Doyle and Diarmuid Kennedy.

After the game Séan was brought into the home dressing room where the squad presented him with a signed match ball and he joined in with the celebrations before being clapped out of the dressing room by Port’ players who genuinely appreciate the support of Séan and his family who have been ever-present this season attending every game, home and away.

Well done Séan. Everyone in Portarlington RFC and Leinster Rugby salutes you!