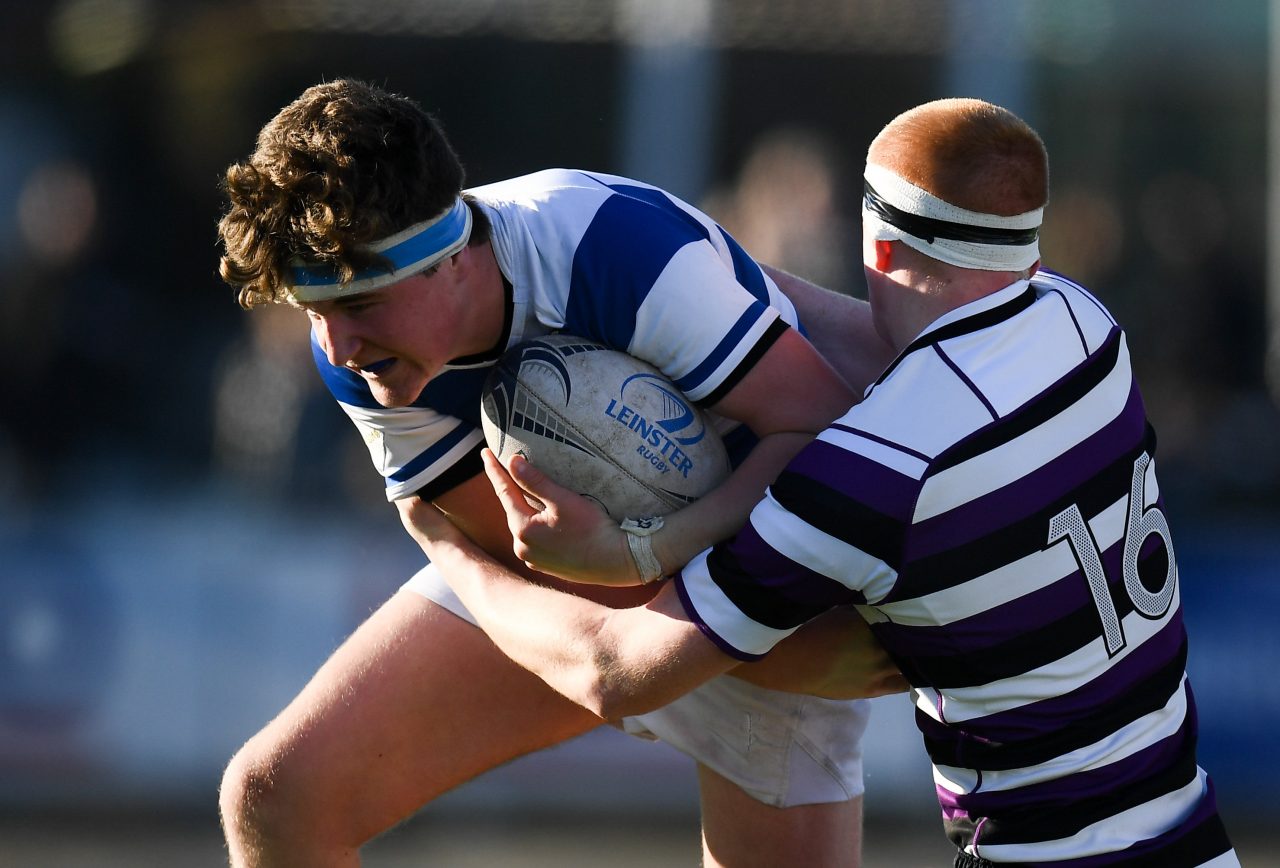 Blackrock College are the first team into the last four of the Bank of Ireland Leinster Schools Junior Cup after this victory over Terenure at Energia Park.

Blackrock had the initiative from the first shrill blast of the referee’s whistle, to the extent that within a minute a score seemed inevitable.

And it was in the second minute that pressure told as Liam Molony crashed over the line for the first points of the day.

Ethan Laing added to that just five minutes later when he showed lightning pace – and with the help of a fortunate bounce – to retrieve his own kick and touch down.

It was the first of two key phases of play in which Laing would demonstrate that pace, with the wing also scoring ‘Rock’s third try.

From almost nothing, he took flight around the outside of the Terenure defence and couldn’t be caught.

Terenure responded admirably and gained some territory. Harry Coleman was the try-scorer as a strong lineout maul was pushed over the line.

That glint of hope was shortlived as Blackrock quickly jumped back to life and opportunistic scrum-half Will Fitzgerald dotted down.

With the thirty minutes of the first-half played, ‘Rock were in again, this time prop Cian O’Brien somehow twisted his way under the posts with a string of bodies hanging off of him.

After the restart, the game developed into a very stop-start affair and it didn’t benefit either side.

Gus McCarthy added to Blackrock’s advantage but they weren’t the same force as they had been in the first half which is credit to Terenure’s resilience.

They picked up a late consolation, through Peter McNamara but it would not be enough to threaten Blackrock’s lead.