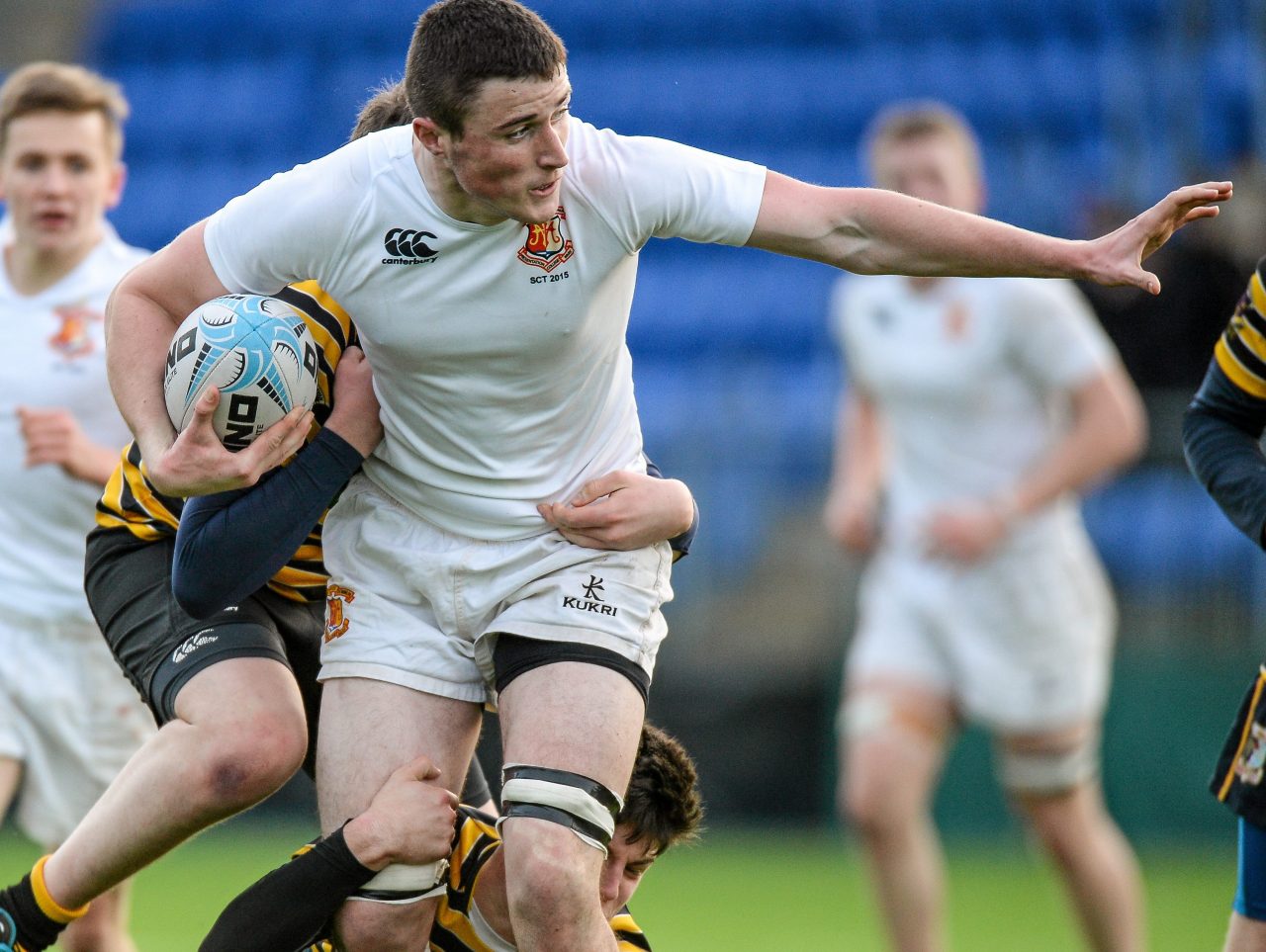 The boys from Presentation College in Bray scored two late tries from scrum-half Darren Curran and wing Niall Martin to seal their second round place in the Bank of Ireland Vinnie Murray Cup at Donnybrook on Thursday.

St Patrick’s, the gaelic nursery, was hit with the loss of five players before the first whistle at a level where they need everyone they’ve got, chief among them Ireland Clubs full-back Conor Nash and flanker Ben McEntaggart.

They started on the back-foot as Pres looked to their fly-half Conor Byrne for control and to space for full-back Conor Dempsey and centre Cathal Martin as the Meath school’s captain Christian Byrne gave them relief with his sound clearances.

They were kept at bay by tidy defensive organisation. Pres’ Byrne had to settle for three points in the ninth minute when flanker JJ O’Dea was harshly penalised when getting to the breakdown early.

It was far from one-way traffic as left wing Ian Rickard made ground down the left and Graham Brennan looked a threat on the ball.

But, Pres flanker Leon Downer took the ball up with gusto to force another penalty for Byrne to double the lead from the left.

They were back in the driving seat again as Byrne dropped the ball onto his foot for a delicate grubber and centre Conor Stewart won the race to the ball. Byrne’s conversion made it 13-0 in the 23rd minute.

Then, Downer and Martin combined to put wing Eoin Doyle away. The cover was committed and prop Fiachra Finnegan successful in taking him into touch.

Pres pinched the lineout and Cathal Martin cut back against the grain to beat the defence for Byrne’s conversion to widen the gap. 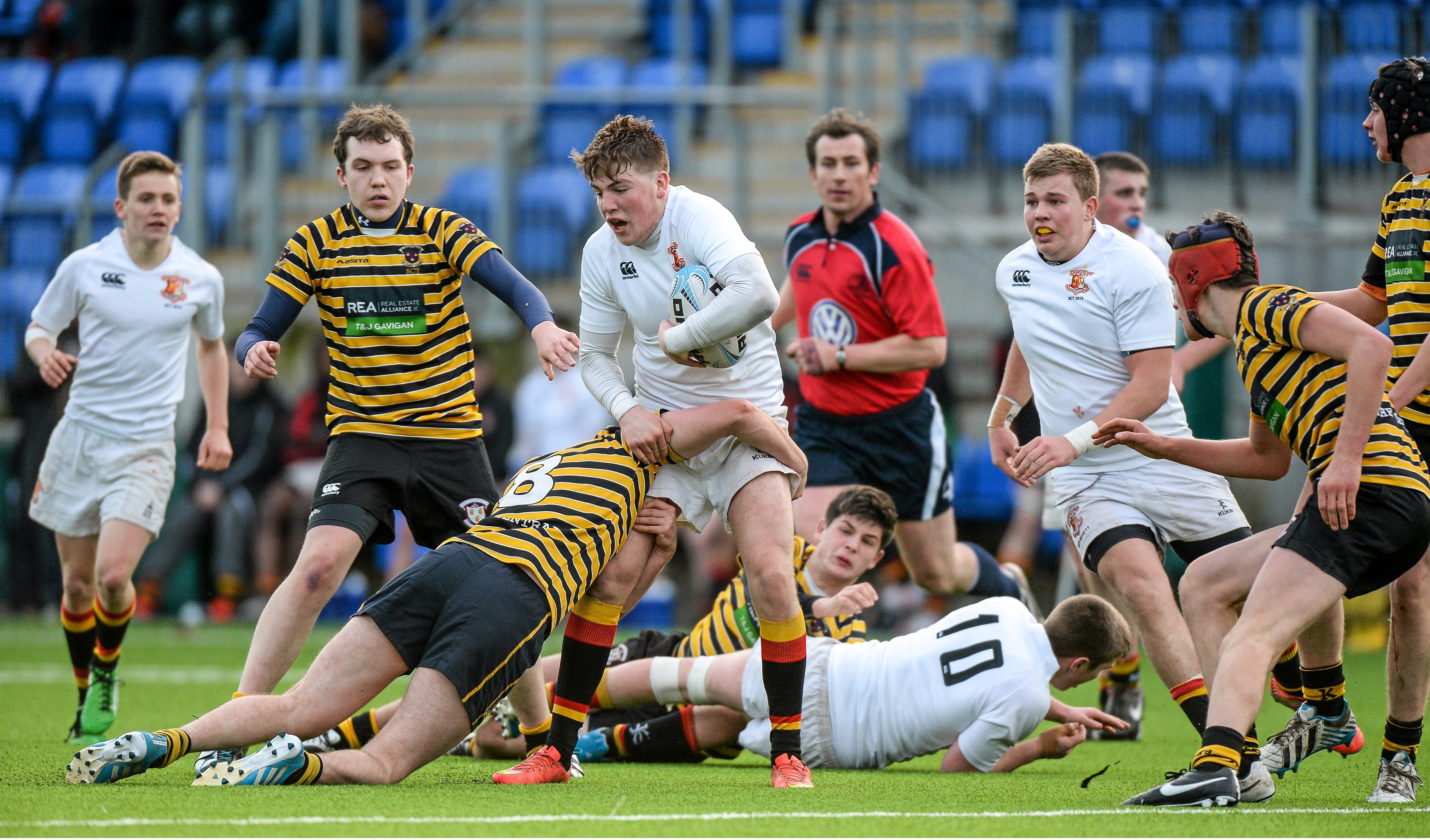 This didn’t deter number eight Conor Hand from wiping out hooker Aaron O’Brien in the tackle and then relieving pressure with a monster kick. Full-back Cian Twomey began to come into the game too.

Eoin Doyle popped up in off his wing for the Classical School to create a problem solved by a high tackle. Captain Byrne pulled his kick left leave it 20-0 at the break.

St Pat’s almost got back into it when their left wing Rickard beat the first tackle, but not the second. The warning wasn’t heeded. Hand, Byrne, centre Brennan and hooker David Fox cleared the way on the right for Rickard to fend off tackles for a superb try in the 38th minute.

They were quick to try and build on this without getting reward and Pres wing Warren Pretorious shot through the middle to bring danger. It was Christian Byrne’s intervention that put a stop to that attack.

Big wing Rickard was becoming a real handful with the considerable assistance of his hand-off and it took all of Stewart’s strength to bring him to the floor in the 54th minute.

Navan hooker Fox continued to make his presence felt in the wider channels and centre Graham Brennan showed electric pace and feet to sidestep his way over for a superb try to narrow it to 20-10 in the 62nd minute.

The notion of a comeback was put to bed when centre Cathal Martin made ground and Curran was there in support to finish off the job in the 64th minute and they rounded it out with a footballers finish from replacement Niall Martin.

Replacements: E O’Reilly for Fox, A Tiamyu for McLoughlin both 68 mins.