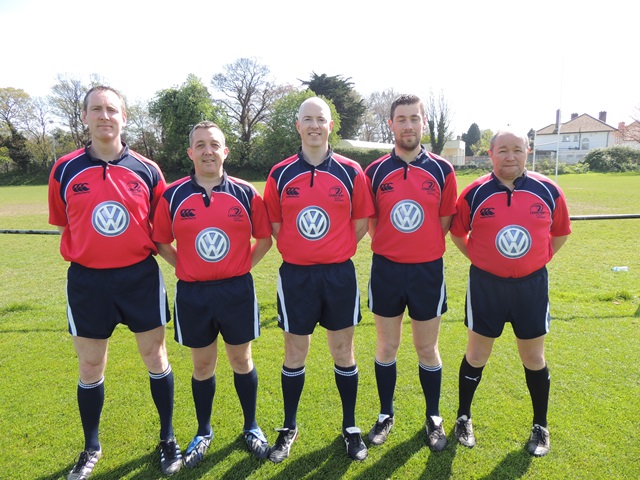 Midlands Area Rep to the A.R.L.B who is retiring after six years in the job…

At the Midlands Area AGM last week a presentation was made to Roscrea clubman Paddy Curran, Midlands Area Rep to the A.R.L.B  who is retiring after six years in the job.

During the season his phone never stops ringing with clubs looking for referees. Through his efforts he has increased the number of A.R.L.B referees in the Area by 11.

He was thanked by all the clubs for his co-operation in getting referees for matches even at short notice particularily at Youths. As a small token of the Area’s gratitude Pat Fitzgerald President of the IRFU made a presentation to Paddy.

Paddy assured the clubs that he will continue with the whistle and noted that Norman Carter is taking over as the Area Rep.