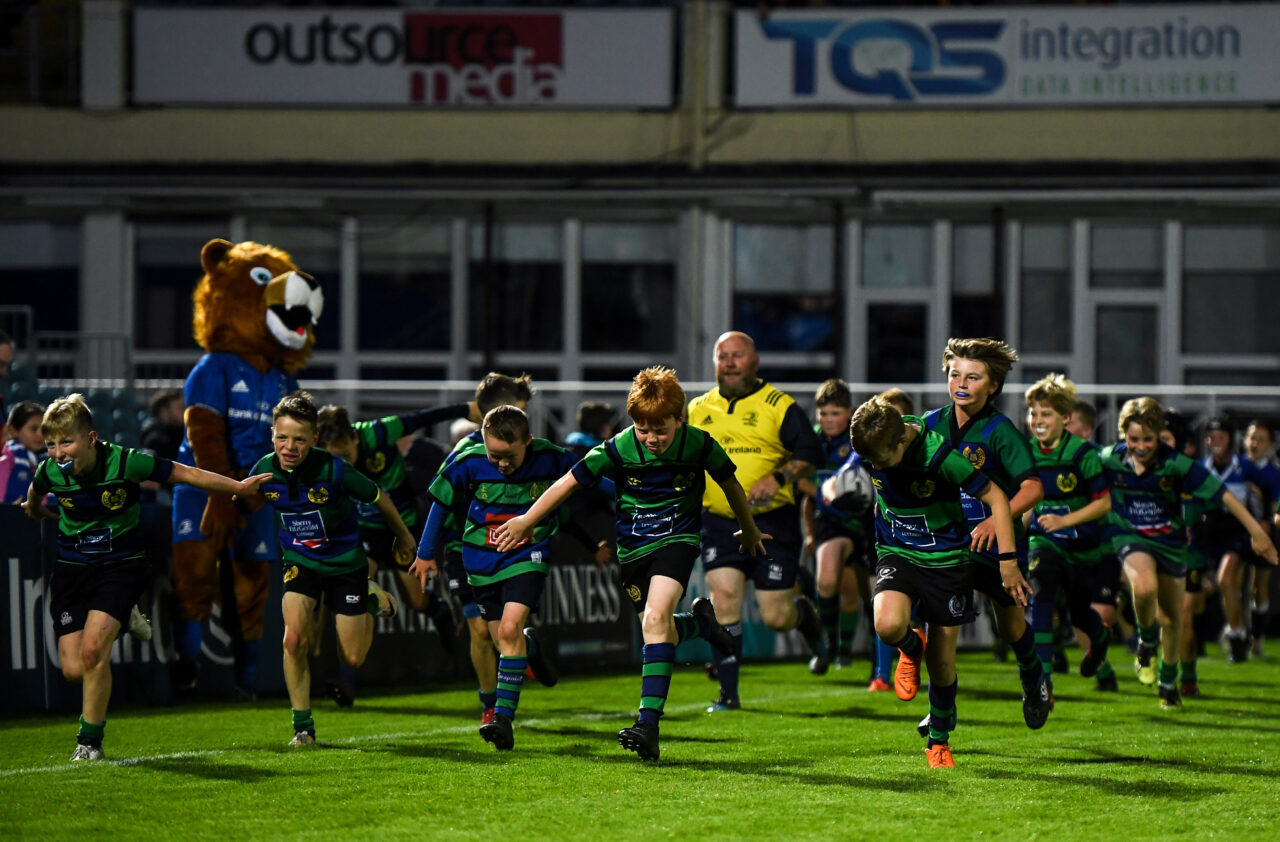 This article first appeared in the Official Matchday Programme for Leinster Rugby’s Guinness PRO14 clash with Ulster Rugby on January 8.

Mick O’Toole is a man of great humour.

He sees the misfortune of his position at Seapoint Rugby Club as a source of entertainment as much as it is a reason for despair.

The club President came into office with big plans on the drawing board. He is determined not to let the virus prevent Seapoint from making progress after 42 years at Kilbogget Park.

O’Toole has been at the club long enough to share much of the story as an amateur historian and from personal experience.

“My background is one of community rugby in that I played soccer growing up and I only joined Seapoint when I was 17,” he says.

“I never really bothered those selecting the firsts. They never had to concern themselves with the spelling of my name.

“My two brothers played for the first team here alright. I was going to have to make myself useful in other areas.”

Kilbogget has always been exposed, windy, an unforgiving place to play. And that is just the way the locals like it.

“It is like a graveyard. When you go to graveyards, the wind is always blowing. We always hope it is a graveyard to visiting teams,” he smirks.

Founded in 1934, Seapoint was a nomadic club for a long time, relying on the generosity of other organisations.

“For a long period, we used dressing rooms belonging to Dun Laoghaire corporation at the top of ‘The Noggin Hill’.

“We still take a bit of stick from some clubs, about playing in ‘The Noggin’.

“In 1978, we moved to Kilbogget and built our own clubhouse, the building that still stands today.”

The best way is to build from the bottom up, attracting numbers by providing proper facilities for all levels of the game.

“We have always wanted to make continuous improvements. We have made these from our own resources.

“If we are to keep growing, we need more facilities, better facilities. We want to be proud of our place.”

This means grasping at the traditional elements and pushing the relatively new arms of the club.

“Our numbers continued to grow year-on-year, mainly the underage levels. We are only coming back to fielding three adult teams and an U-20s squad.

“We have a girls section starting up. In 2015, we had two girls. We nearly have 80 now. We are planning to field at all levels for girls.

“We’ve always had to invest heavily in the pitches. It is a heavy pitch,” he states.

“It used to be a municipal dump. I used to play on a raft on the small river that ran through it when I was a kid. There were always problems with the soil and the drainage.

“We ploughed our financial resources into it. It’s time to invest in the other facilities. That is where we are.”

It has been a lengthy and arduous process to pursue grant funding and to raise finance from within. 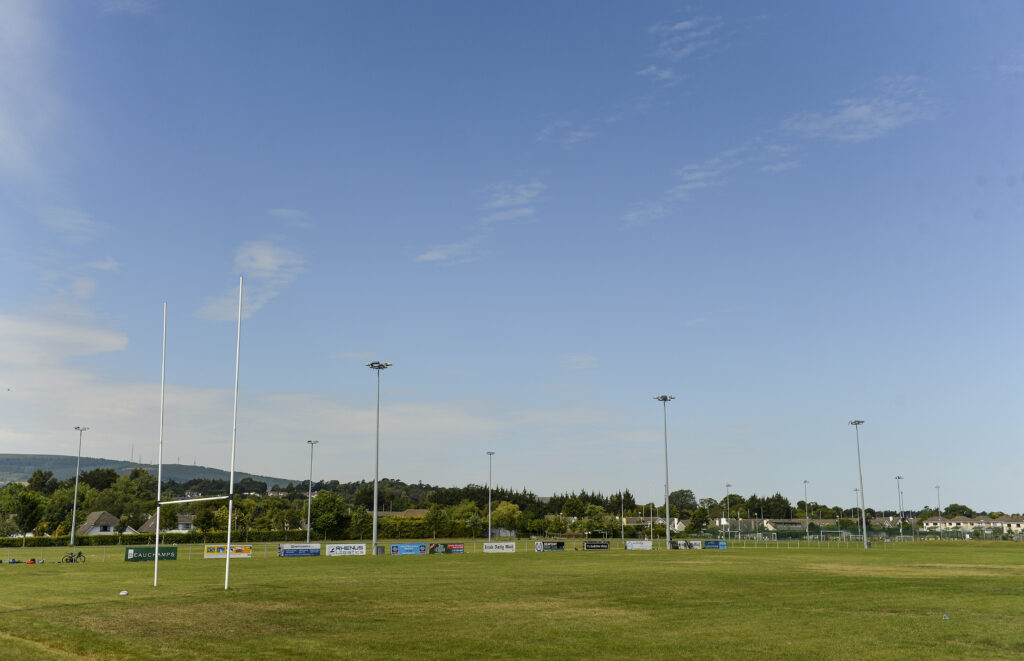 “A number of years ago, we started on this project to update the current building,” he says.

“We applied for government grants and, after many years, we did receive a chunk of money from the Sports Capital Grants – €147,000.

“The project will come in at twice that, at least. We are putting another €150,000 from our own resources in.

“We rolled over a loan facility and we have squirrelled away more money over the years. The problem is that to kit it out to the highest standard will cost extra.

“We will be fundraising in the New Year. We will be going back to the members and asking them, in the words of Pink Floyd, to be ‘another brick in the wall.’

“Our hashtag will be ‘makeyourpoint’ to go back to the members,” he shares.

It hasn’t been made any easier by the onset of the pandemic. The club has been at a playing standstill for many months now.

“We were having our best year ever until Covid arrived. That put the kibosh on a few things.

“We said it wasn’t going to stop this wagon rolling, this upgrade rolling.

The man who drove a lot of this was a predecessor Stephen McDonough. He not only secured the grant, but went on to drive the project towards completion. 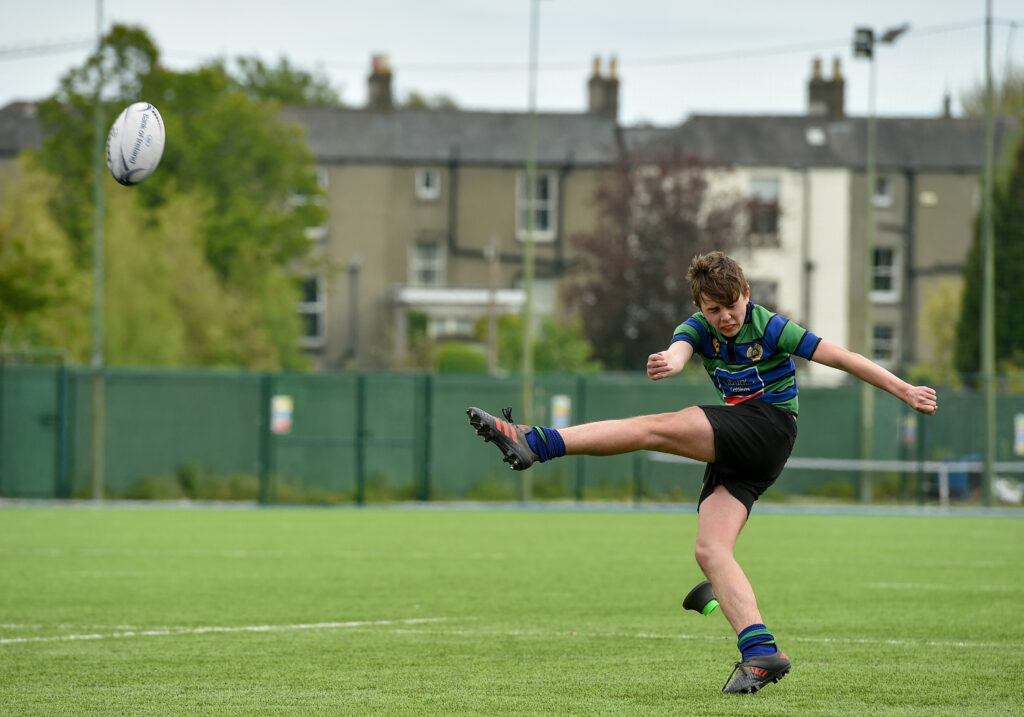 “We are now at the stage where we are ready to start,” he adds.

“It is quite exciting. It is a pity it is happening in the middle of Covid. But, it is not stopping us.

“We are upgrading our rugby playing and training facilities. It will be new showers, new changing rooms, new gymnasium, disabled facilities.

“The smell of diesel will be in the air as the cement mixers start-up when all that work get going.”

The prospect of machinery rolling into the club to dig into badly-needed renovation has generated a feelgood factor among those who have waited so long for this moment.

“The development is not good news, it is great news. It gives something positive to look forward to, at a difficult time.

“We have a five-year plan. It is to make incremental improvements all across the club. We have a set of values based around playing fun, winning rugby. This project is part of that. The club is bigger, better, brighter.

“This is Seapoint for the next generation.”

From meagre beginnings, the club has made great strides off the field, winning promotion to the All-Ireland League in 2010, climbing to 2A before returning to the Leinster League in 2019.

They are not content to drop further down the ladder of divisions. They want to win their way back into ‘The Big League’.

“Our ambition would be to get back into the AIL. We had a good run in there,” he says.

“It is no secret community-based clubs, like Seapoint and others, all suffer in the same way. We lose players. We aren’t as competitive. We start to slip down the leagues.”

“Before Covid, we had 60 adult players on our books which would have been a big improvement on recent years.”

The time is right to give them the facilities that will keep them coming for years to come.