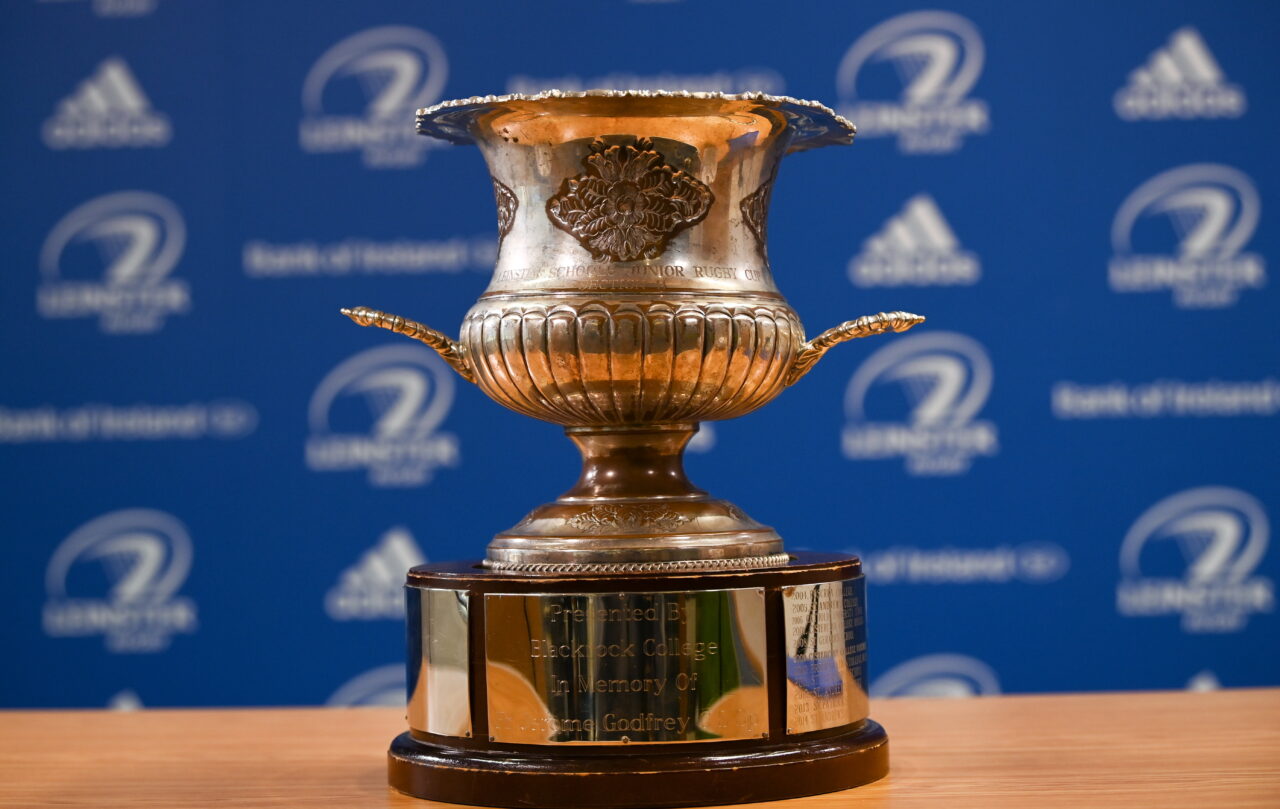 While the spine of St Patrick’s is drawn from Navan RFC, the captain Jack Shorten hails from Coolmine RFC.

The South African-born second row is a tremendous talent, showing uncommon maturity to become the first second year in the school to lead the JCT.

The pack is not to be taken lightly as prop Robbie Davis and No 8 Ciaran Scott are always ready to take them forward.

A steady stream of possession can be used by out-half Phillip Smith, a footballer, to cause problems in a backline where Ivo Fitzherbert is capable of breaking the gain line.

Ardscoil na Tríonóide have regularly featured at the business end of various competitions over the last dozen years, leading to consistent progress.

In previous years, a significant number of their players played only with the school and players with club experience and training were very much in the minority.

The impact of Leinster  Community Rugby Officer Tadhg Kelleher and the powerful minis and youth programme at Athy RFC have contributed to their rise in profile.

They have ball-players, who like to play a lively fast-moving brand of rugby.

On Thursday, 27 January, the remaining five first-round fixtures will take place, The High School v St Fintan’s going up against each other (Clontarf FC , KO 2.30pm).

The Sutton boys are determined to go one better than their 25-14 defeat to King’s Hospital in the delayed 2021 Fr Godfrey Cup final in November.

They can call on no less than 10 starters from that day. Their mission is to become the first squad in the school to qualify for the Leinster Junior Cup.

They have built on their bank of experience with Junior 1B League victories over St Patrick’s and Skerries, followed by an enthralling 29-24 semi-final win against St Andrew’s to set up a final with King’s Hospital.

The backline contains a balance of power and speed, with Louis Martin, Marcel Haas, No 8 last season, and Ryan Curley the standout performers, in front of the reassuring presence of Rohan O’Shea at full-back.

The High School should not be taken lightly, captain Oisin Burgess providing exceptional motivation skills from the back row. 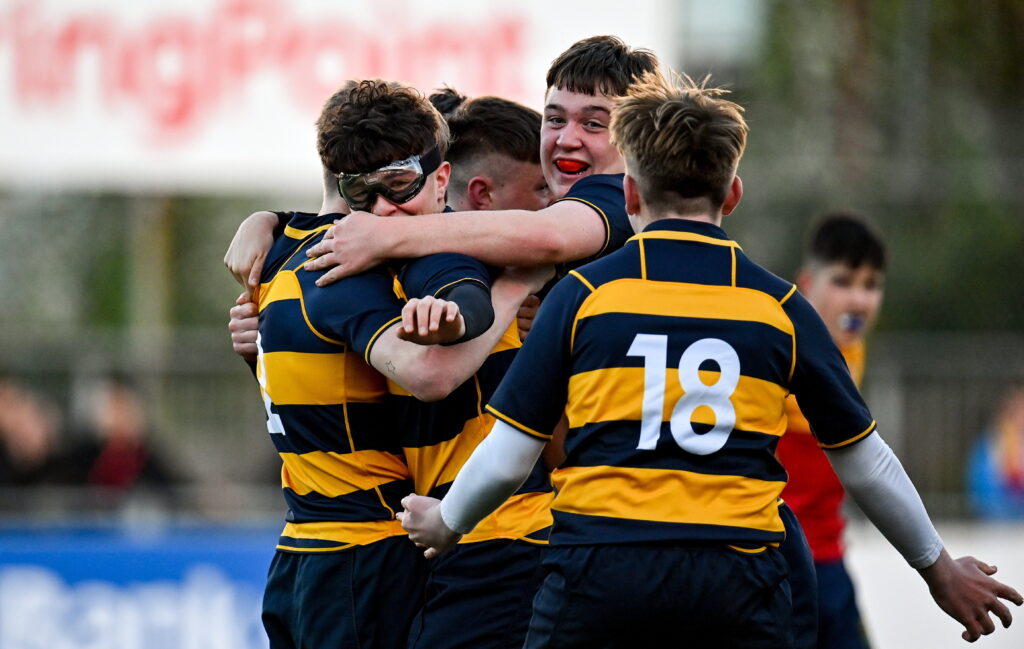 In the front row, Jamie Morton-Bailey will be eager to see the ball, while the lineout will be managed by Brendan Kelly and Harry Guckian.

They boast a quick-cutting backline with out-half Elliot Walsh feeding Lucas D’Arcy and Isaac Linday, a source of strength in the centre, as they bid to hit the ground running.

Centre Ross Adams and prop Roger Doyle started on that afternoon and, a few months on, Adams is enjoying a fruitful midfield partnership with Nathan Oladimeji.

However, it is a relatively inexperienced crew with the shift of Scott Kenny from nine-to-10 working quite well.

Kenny’s strength revolves around his control of the game and how he can put a quick-striking backline in space.

Ireland cricketer and captain Reuben Delaney-Wilson provides a safe pair of hands to counterattack from full-back.

Patrician College makes history as the first group to represent the Newbridge school in the Fr Godfrey Cup.

They have come through the Duff Cup where centres Louis Malone and Eoin Carroll showed a ‘thou shall not pass’ mentality in defence.

Props Michael Mahon and Gavin Agar-Cox, the captain, and No 8 Aaron Donnelly are always keen to get stuck in.

Out-half Joshua O’Keeffe is a fine goal-kicker and likely to punish any indiscretions within his range in a solid half-back pairing with Tom Joyce.

CUS will look to make a good first impression against St Andrew’s as the second part of the double-header (Energia Park, KO 3.30pm). 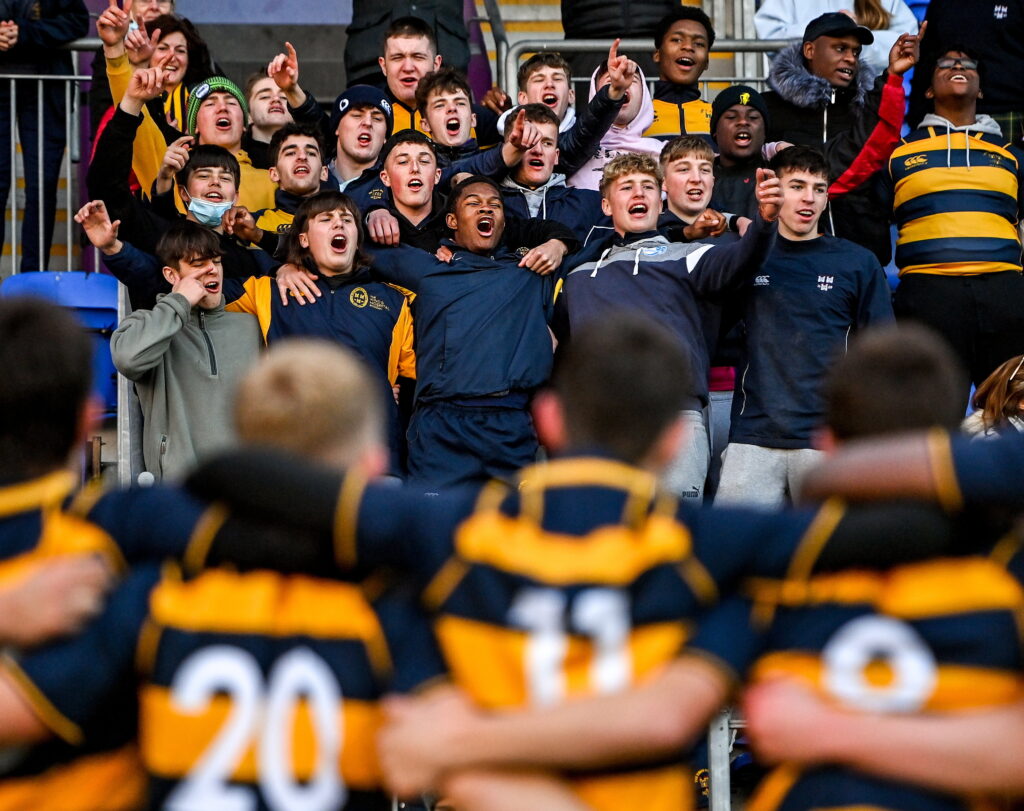 CUS will look to the experience of Dylan McNeice and the half-back pairing of Hugo Fitzgerald and Mitchell Grant, all of whom were involved in September’s delayed Junior Cup competition.

Fitzgerald and Grant will be instrumental for CUS, who like to move the ball and make full use of their backline.

However, they are not short of strong carriers in the pack with the back-row pairing of McNeice and Jude Barrett leading the way in this area.

A slow start to the season has been followed by noticeable improvements in a team that is maturing nicely.

Prop Josh Kesse is an effective carrier, blindside Ronan Savage an athletic ground-devourer and Charlie O’Keefe a well-rounded presence at No 8.

The creativity of Killane is the perfect complement to the cut and thrust of centres Simon O’Kelly and Dolly. 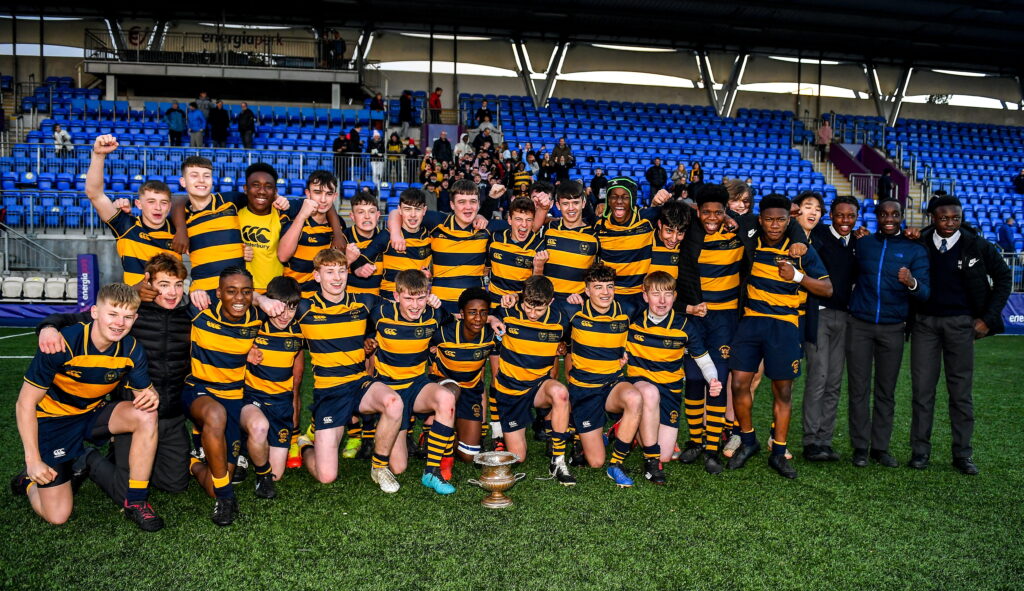 Captain Fagan has formed a nice midfield double-act with fast-improving Sam Manuel, who will have another year at this grade.

The forward pack is backboned by Shelley, Branagan and Price and the back row is mobile enough to get out in support of the backs.

2019 Fr Godfrey winners Naas CBS are a natural catchment for many clubs in north Kildare including Naas, Newbridge and Clane.

This season, the CBS learned from two hard league defeats against King’s Hospital and St Andrew’s, before bouncing back in their final match against The High School.

Altogether, the signs are positive that hooker Harry Dunne, the captain, prop Joe Dwyer, and second-row Conor Butler can be their driving forces.

CBC Monkstown, Temple Carrig School and Wilson’s Hospital have received byes into the second round.