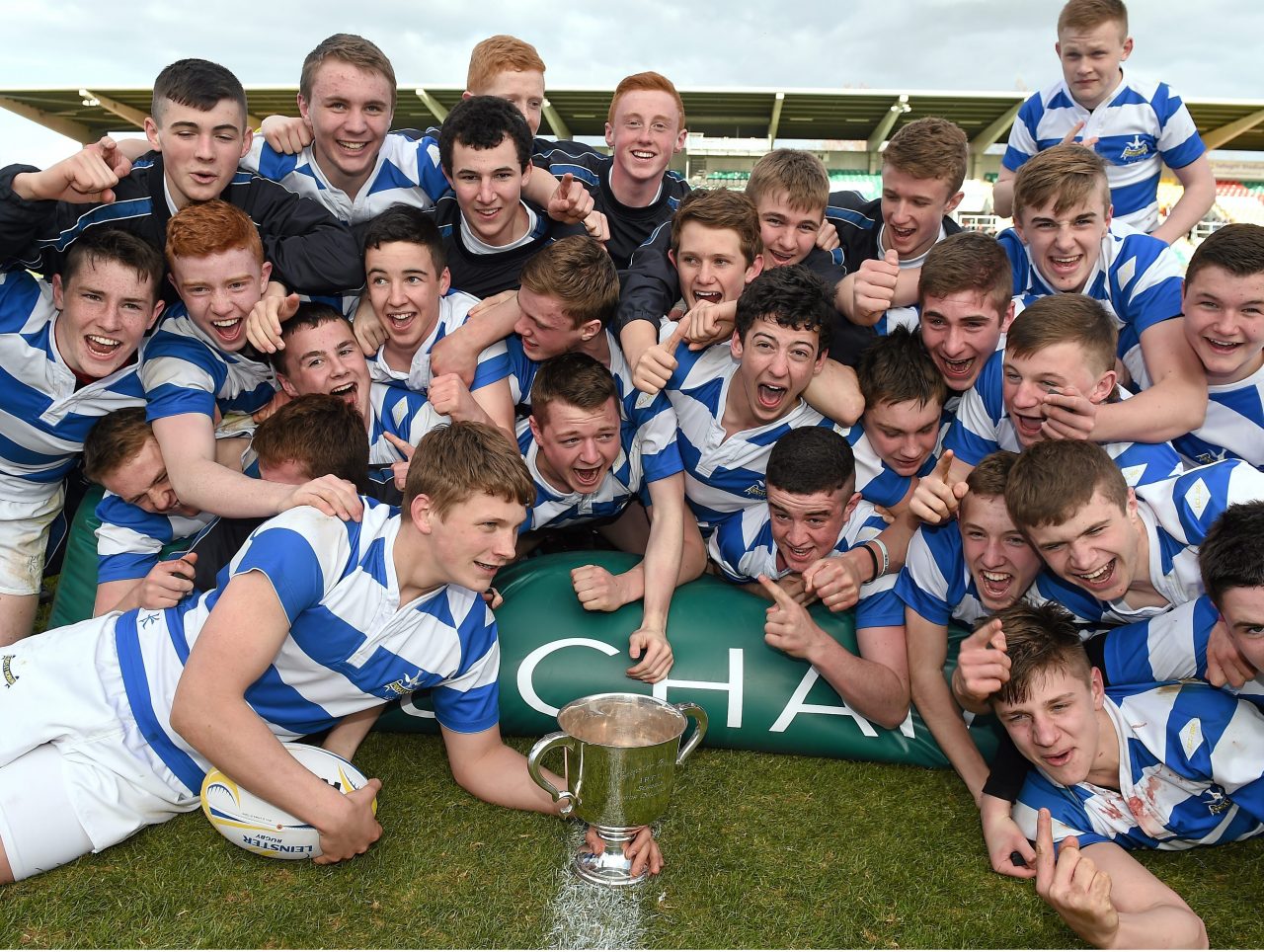 The Bank of Ireland Leinster Schools Junior Cup will get underway on Sunday when Cistercian College Roscrea encounter St Mary’s at Donnybrook.

Roscrea, the Leinster League losing finalists, will curse their decision making in a match they should have won against Castleknock. There was consolation from the fact that they have experience of the super-quick surface, a real go-to number eight in Luke Rigney and competitive openside in Jack O’Cinneide.

The Brian Moore coached Rathmines school will look to captain Harry McSweeney for guidance in what could be a one-score match.

Terenure will be captained by Conor Somerville, the younger brother of Robert, who was the last captain to lead ‘Nure to the Junior Cup back in 2010.

They have gone unbeaten in Leinster, drawing with Blackrock and Belvedere, coming closest to defeat when Monday’s opponents King’s Hospital missed a simple penalty to lose 26-24 in their friendly.

Dark horses KH also lost out by a score to Blackrock and drew with Clongowes Wood earlier in the season and they will tend to look to their captain and out-half Patrick O’Boy and number eight Connall Howley at Donnybrook.

On Wednesday, Belvedere will have David Hawkshaw at out-half for his second year at this level in a side captained by Harry Beggy, the son of former Meath All-Ireland winner David, against St Gerard’s.

The Bray school’s coach Ben Armstrong will lean on the leadership of Cormac Foley, younger brother to senior Tom, and Ethan Baxter with a young side that will be all the better next year.

Pres Bray made it to the League quarter-final where they came unstuck against Roscrea, who they subsequently beat 9-7 last week. Their captain Joe McLoughlin, at number eight, and out-half Mick O’Gara will be key for them against Kilkenny on Wednesday.

The Marble city kids did make the quarter-finals of the League and turned over St Munchin’s recently with a hard-working group of players led by an intelligent operator in fly-half Craig Strong.

The pick of Thursday’s three games could be at Donnybrook where Gonzaga will be captained against Newbridge by forward Robbie Kidney, who will lead from the front.

They have real potency in the midfield where centre Brian O’Donnell is a dangerous runner in a side that lost out 6-5 to Roscrea in the League semi-final.

The Kildare boys are no one’s door mats. They will bring their traditional virtue of positive rugby partly through the influence of Thomas Grant and Ben Howlett, younger brother of Leinster Interpro Jake, back from last year.

Castleknock will come into this with all the confidence they gathered from their Junior League final win over Roscrea, coming from behind in greasy conditions for their second row Daniel Waldron to land a penalty in the last action of the game.

They are physically formidable and they will take their lead from hard-carrying number eight Cian Clancy against Fr Godfrey Cup finalists CBC Monkstown in Lakelands Park.

Wesley added the semi-final scalp of Scoil Chonglais last Monday to those of Templeogue and Newpark Comprehensive in the Fr Godfrey Cup in which out-half Gary Hawe, full-back Ian Sheridan and prop Connor Skerritt have caught the eye.

St Michael’s will not carry the same burden as their senior counterparts into Templeville Road. But, as always, they will be a force with which to be reckoned.

On Friday, the tie of the round will take place as Blackrock hunt a hat-trick of wins at the Junior level. They have been typically sound in pre-Cup and are listed as most observers idea of joint-favourites with Terenure.

Clongowes will be led by the no-nonsense blindside Liam El Sabai. The Clane school likes to time its run into the Cup and they won’t mind too much about the 19-0 loss to Blackrock in a friendly before Christmas.