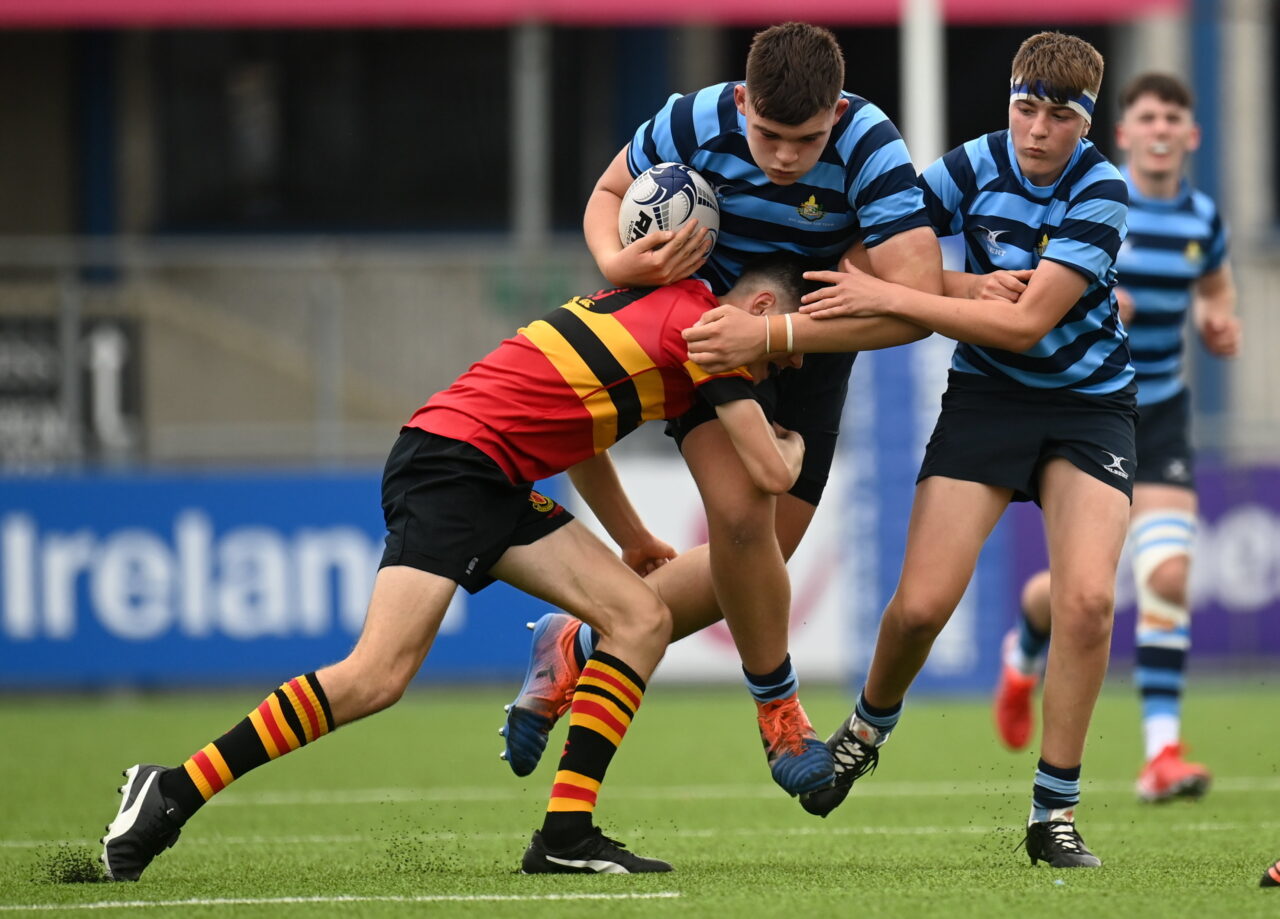 The 2021 Bank of Ireland Leinster Schools Junior Cup reaches the penultimate round this month with the same four competing as 2020’s version.

The evolution in physical development over the last six months has played a part in the excellence of some of the matches in round one and the quarter-finals.

They have all led to intriguing semi-final pairings at Energia Park this week with Blackrock and Terenure set to renew old acquaintances and Newbridge looking to return to the cancelled final they made in 2020.

This age-old rivalry will be renewed this week as Terenure College lock horns with Blackrock College aiming that they’re still able to mix it with the traditional powerhouses.

Well, that isn’t the case with these Juniors as the long-limbed Eamon Geraghty leads a gritty, super-competitive bunch in their quest to make it to the final for the first time since 2015.

Standing beside Geraghty in the engine room is a fine complement in Jake Carter, behind an impactful front row with tighthead Oran Storey impressing with his skills. 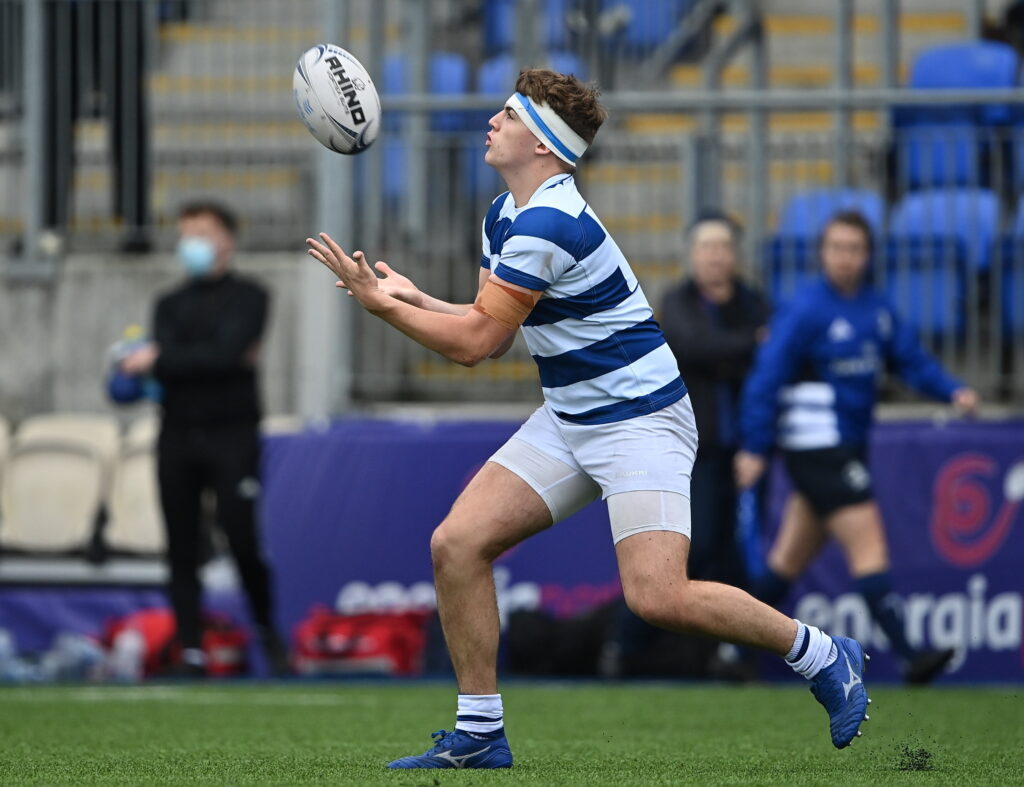 Flanker Lochlann Wardick was a force around the field in the quarter-final and prominent hooker Mark Egan packs down in the middle of the front row.

As always, Blackrock came into the competition as the main target for those that would threaten its supremacy.

They have been methodical, perhaps not yet hitting their top gear.

Nonetheless, they have an immense pack of forwards, led by Niall Smyth, a fine ball-playing scrum anchor and captain Jack Angulo.

More than that, it is the spread of try-scorers, 11 from 12 in the previous rounds that reflect the all-round talent on their squad.

It is the tendency to put the outside man away, not look for any one superstar, that makes them so hard to handle.

For Newbridge College, it is all about breaking-even, or better, up-front, so that their X-Factor can come to the fore through out-half Paddy Taylor, centre Ciaran Mangan and full-back Todd Lawlor.

While Mangan and Lawlor took the eye in the first round, it was the do-it-all exploits of Taylor that overpowered Belvedere in the quarter-final.

The fast style of movement is set up by an able body of forwards with tighthead Billy Bohan and Josh Montgomery conspicuous by their presence.

However, their strongest forward is roving openside Ruairi Munnelly, possibly given free rein to read the game in order to make the big plays. 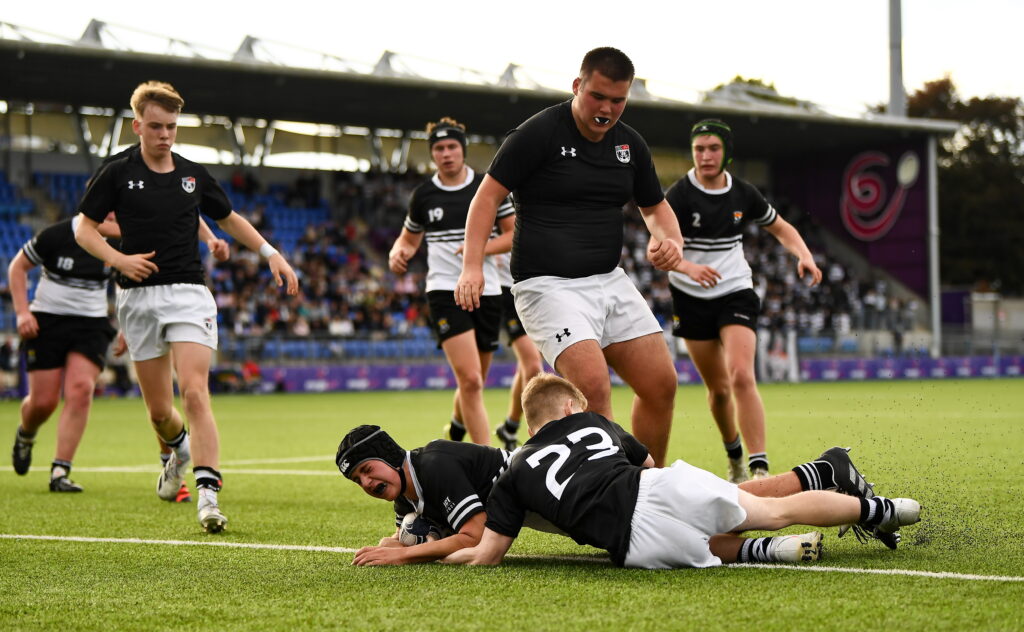 They will be to favourites to make it through against dark horse Castleknock 18 months after qualifying for the 2020 final.

The ‘Knock did look like they could have done without their first round bye when just outlasting CBC Monkstown in the quarter-final.

They have a few intriguing prospects up front where they don’t come any more committed than prop John Cadogan with captain Conan Lennon adding to the considerable punch from No 8.

Padraic Gildea looks for all the world like a rampaging loose forward playing in the centre. The more touches he gets the better Castleknock look.