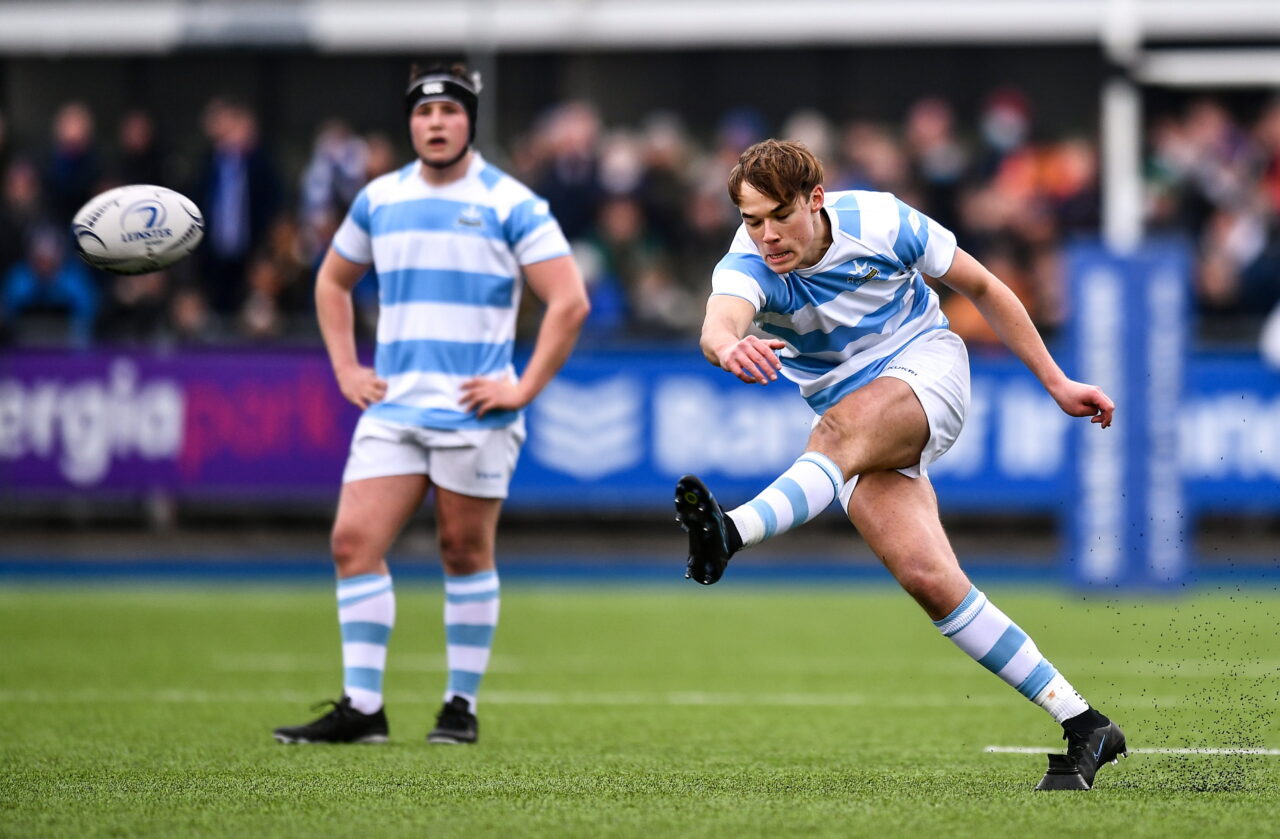 The Bank of Ireland Leinster Schools Senior Cup has been pared down to the quarter-finals.

First up on Sunday, favourites Blackrock College will be wary of Terenure College and Leinster League winners Gonzaga College will showdown with Wesley College on Monday.

Newbridge College will try to run Belvedere College off their feet on Tuesday and St Mary’s College or Kilkenny College will complete the semi-final picture on Wednesday.

A reminder to all patrons that Energia Park is now a cashless stadium and tickets can be purchased in advance HERE.

There should be a large crowd at this one, even for such an early start to the first of the quarter-finals.

The stakes couldn’t be much bigger when perennial rivals Blackrock and Terenure meet at high noon.

The problem for Terenure is that they have not been able to match potential to delivery of late. It has been a long time since they won two Senior Cups in three years in 2001 and 2003.

The best they could manage was to make the 2009 final where they lost to – that’s right! – Blackrock.

As always, they are bruising in battle, always willing and, usually, able to go toe-to-toe in the trenches.

This is where captain Darragh Brooks excels as their frontline leader in behind a fiery front-five anchored by tighthead Tim Staunton and lock Cuan Doyle.

The combination of Brooks, Sean Ruane and Ultan Byrne in the back row is formidable as a barrier to progress on the gain line.

The back division can be a weapon as long as half-backs Cillian Kearney and Jack Grimes have the platform to bring centre Yago Fernandez-Vilar and full-back Jim Kennedy into the flow of their attack. 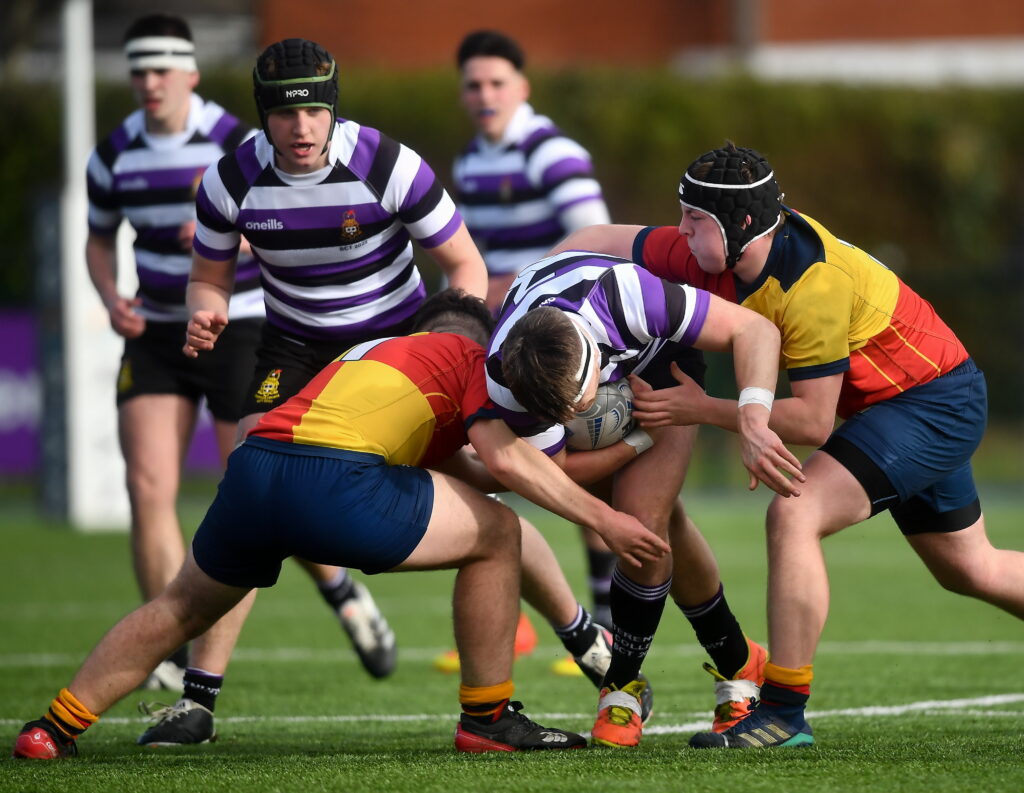 The way they dismantled St Fintan’s High School 47-3 in the first round spoke to a well-drilled unit that trades on being more than the sum of their parts.

Blackrock are lined with an array of Leinster Schools and U-19 interprovincials.

The big play capacity of Patrick McCarthy is the single most outstanding aspect of any of their talented individuals.

It is the tendency to always be around the ball that marks him out as an exceptional reader of the game.

They were stretched to the limit by St Michael’s College (25-20) in the first round and, in the long run, that will give coach Justin Vanstone more avenues to push for improvement.

There is more to come from a three-quarter line that was mostly kept in check, despite the threat of Luke Kritzinger at 12 and Ruben Moloney at full-back.

There is a lot of intrigue around this quarter-final match-up as progressive Gonzaga start as favourites over dark horses Wesley.

The Leinster League form would rank ‘Zaga well ahead of their opponents, claiming a fourth title in five years, a level of unquestionable dominance.

Their ultimate goal has been compromised by the loss of the electric Davy Colbert from the campaign.

Fellow Ireland Schools candidate Hugo McLaughlin has taken on the mantle of responsibility at 15, rocking Clongowes in the first round with his thumping carrying game.

The shock of the first round came from Wesley’s utter 30-10 dominance of interprovincial-stacked Cistercian College, Roscrea.

However, there was a strong sense of a superbly organised and disciplined defence.

The speed of the rush suggested coaches Patrick Collins and ex-professional Craig Ronaldson know how to get their message across. 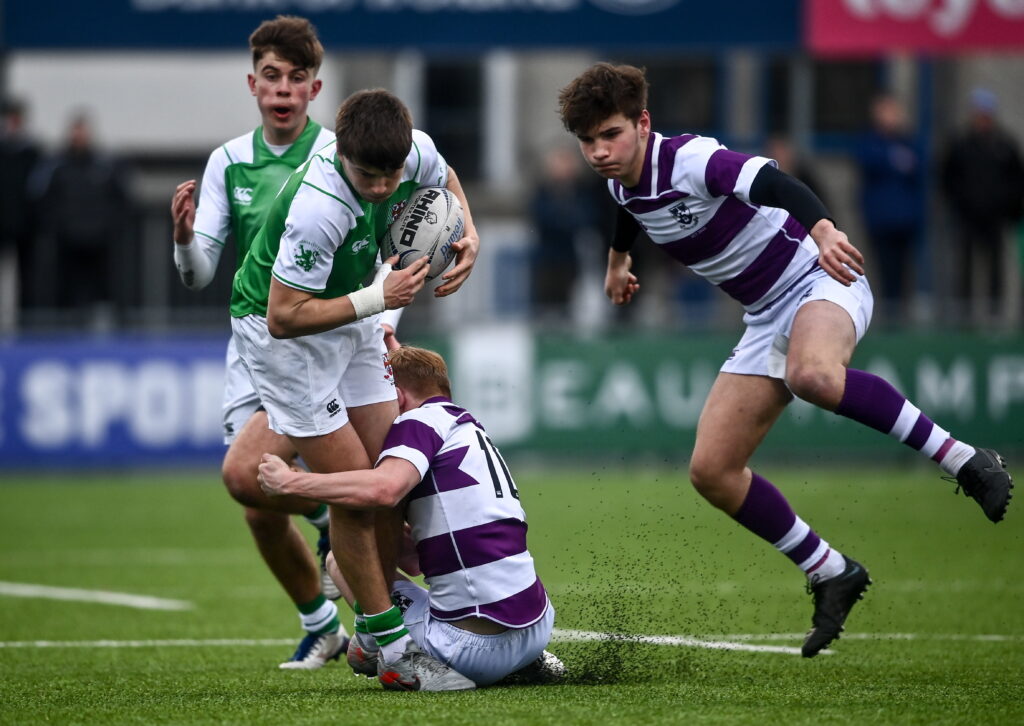 They couldn’t do it without the talent to go with the tenacity and there is plenty of it around the field.

The bulk and bash of hooker Ryan Jones and tighthead Aran Lowry caused nightmares for Roscrea in establishing the gain line.

The work rate and buy-in from the eight is exemplary and in loose forwards, Dan Campbell, the captain, and Oran Handley, Wesley has two lead-by-example types.

The ferocious pressure defence is married with a touch of gold dust by centre Toby Durham and full-back Matthew Golden as obvious targets for the half-backs Kameron Moran and Johnny Cazzini.

Newbridge are going through a golden period in the school’s long history in the cups.

The exploits of their Juniors has been almost matched by the elder brethren, Johne Murphy’s young men denied a shot at their third outright title when it was shared with Clongowes Wood in 2020, due to you-know-what.

On the evidence at hand, this group does not quite have the same pedigree, although that isn’t everything when it comes to producing the goods.

Murphy’s ethos is based around giving players just enough information that they can also play what they see.

He has seen fit to include the ‘holy trinity’ of the Junior Cup-winning backline in out-half Paddy Taylor and wings Todd Lawlor and Ciaran Mangan.

The triangle of centres John Collins and Tom Waters and full-back Calum Bolton covers a lot of ground.

The bulk of the responsibility rests on the shoulders of the pack where captain Kieran Kelly is a real glue guy in the back row. 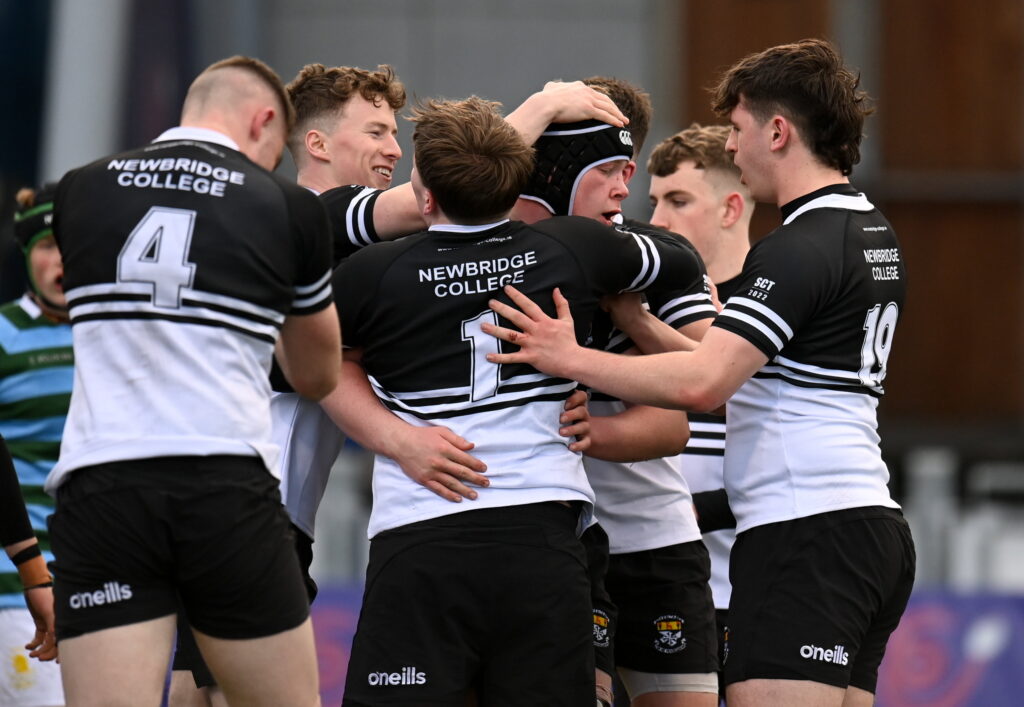 Second row Shane Treacy, a fine athlete, is capable of eye-catching carries, props Finn Mahon and Patrick Stapleton are expected to clean the rucks and openside Ronan McGroary is a menace in and around the ruck.

Bulky Belvedere’s chances hinge around a hugely physical pack of forwards in which Alan Spicer stands out.

Quite simply, there just aren’t many men walking around with the sheer height and size of the second-row colossus, who is still available to the Leinster U-18 next year.

David Dowse is no shrinking violet either as an energetic hooker, equally adept at holding the ball at the back of maul or showing up in open country on the charge.

Loose forwards Senan Coakley and Alex Usanov are more than useful, smart enough to take advantage of the benefits of a powerful front five.

A functional backline is given an edge by centres Jed Tormey, the captain, and Andre Ryan with full-back Ivor Cuddy looking for mismatches coming into the line.

It would be a mistake to undersell the value of St Mary’s double-scores 48-24 defeat of Vinnie Murray Cup finalists CUS in the first round.

They have a real gem in centre Evan Moynihan, just out of the junior ranks, who picked up a pair of tries in that first outing.

Captain Daragh Gilbourne is a steady hand at the till, the Leinster U-19 orchestrating matters from the number 10 shirt. 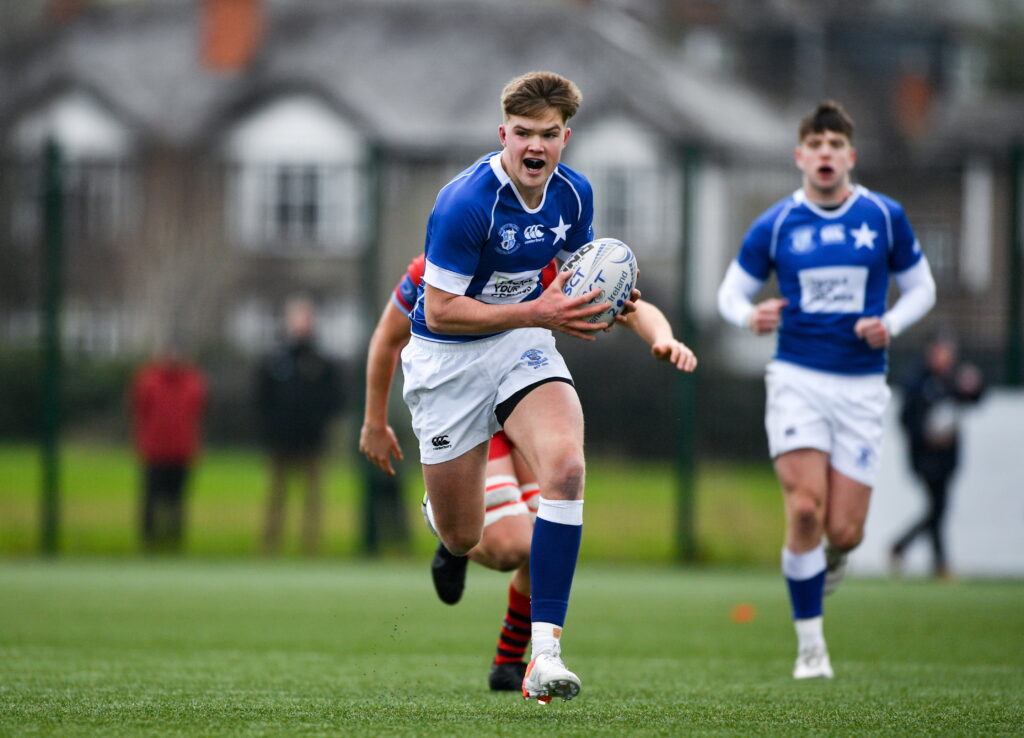 The pack of forwards has a core of interprovincial quality through Leinster Schools tighthead Andrew Sparrow and loose forward Louis McGauran as well as the experience of Leinster U-19 second row David Leane.

Knitted around them is a group of solid characters, like flankers Aaron O’Brien and Tom McEniff and hooker Sean O’Leary.

St Mary’s never seems to lose the mental edge that allows them to stay in the fight, even when they look overmatched.

Kilkenny mastered Pres Bray (23-10) with something to spare in the first round.

It all began with an aggressive bunch of forwards that were keen to dominate from the off.

Leinster U-18 blindside Stephen Smyth operates at No 8 in a scrappy back row completed by Zach Furlong and Sam Dudley.

Hooker Ashton Botha is a ‘body on the line’ forward with large prop specimens Adam Watchorn and Adam Shirley on either side.

Locks Paddy Bramley and Mark Stanley, a thorough lineout threat, never stop working in holding down their set-piece duties and showing physicality in the loose.

It is important to note the presence of Ireland Schools out-half Sean Naughton as the pivotal part of the back division.

The tall, well-built playmaker has a big, accurate boot and a really physical centre in Harry Rogers, the captain.

On the outside, Stefan Hillebrand, Glenn O’Rourke and Andrew Moore are capable of punching in points in what should be a 50-50 contest.