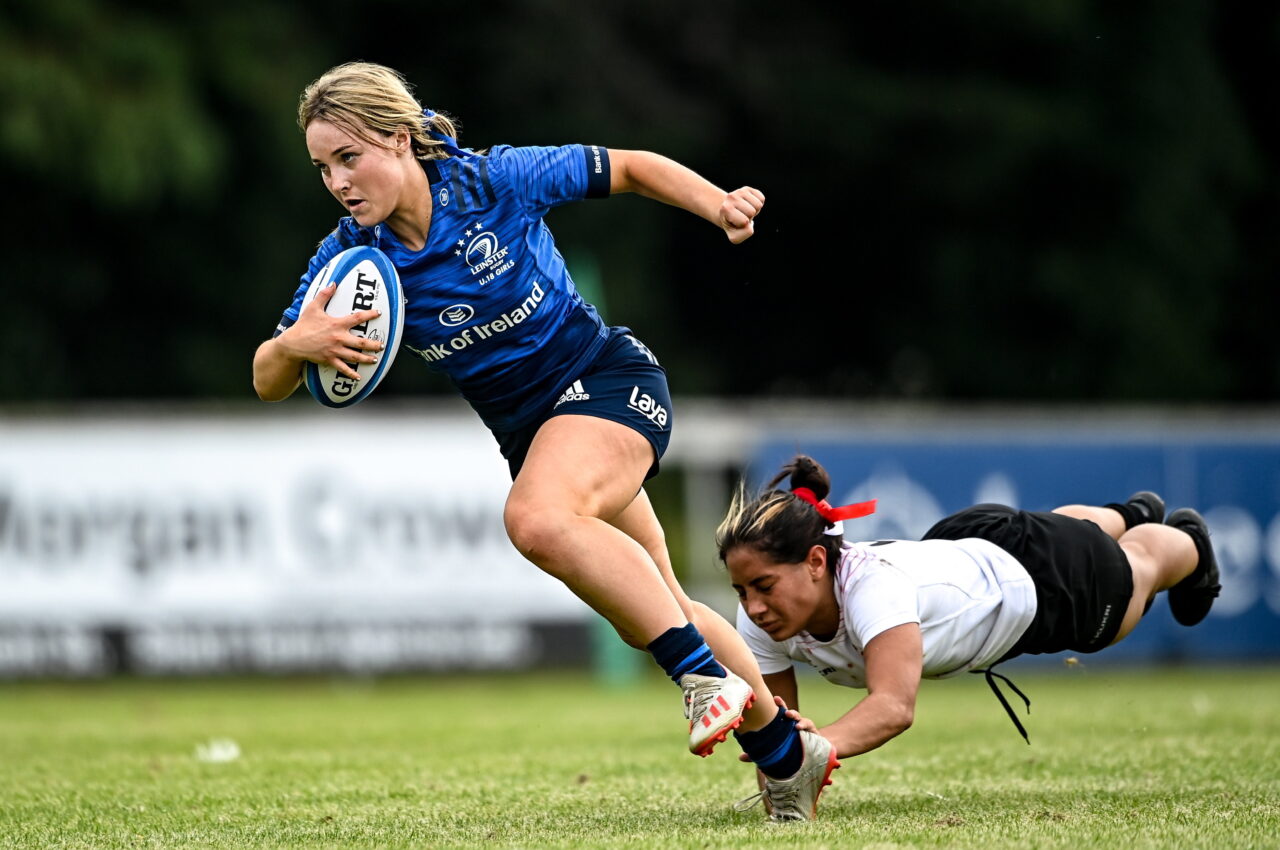 Leinster Rugby stand on the brink of winning the U-18 Women’s Interprovincial Series at MU Barnhall RFC on Saturday afternoon (KO 3.15pm).

Michael Bolger’s brilliant squad posted 78 points without the concession of a single score in beating Connacht (24-0) and Ulster (54-0) in the opening two rounds.

The most striking aspect of their play is the eagerness to move the ball into space, reflected in 10 of their 11 tries coming from the back division. 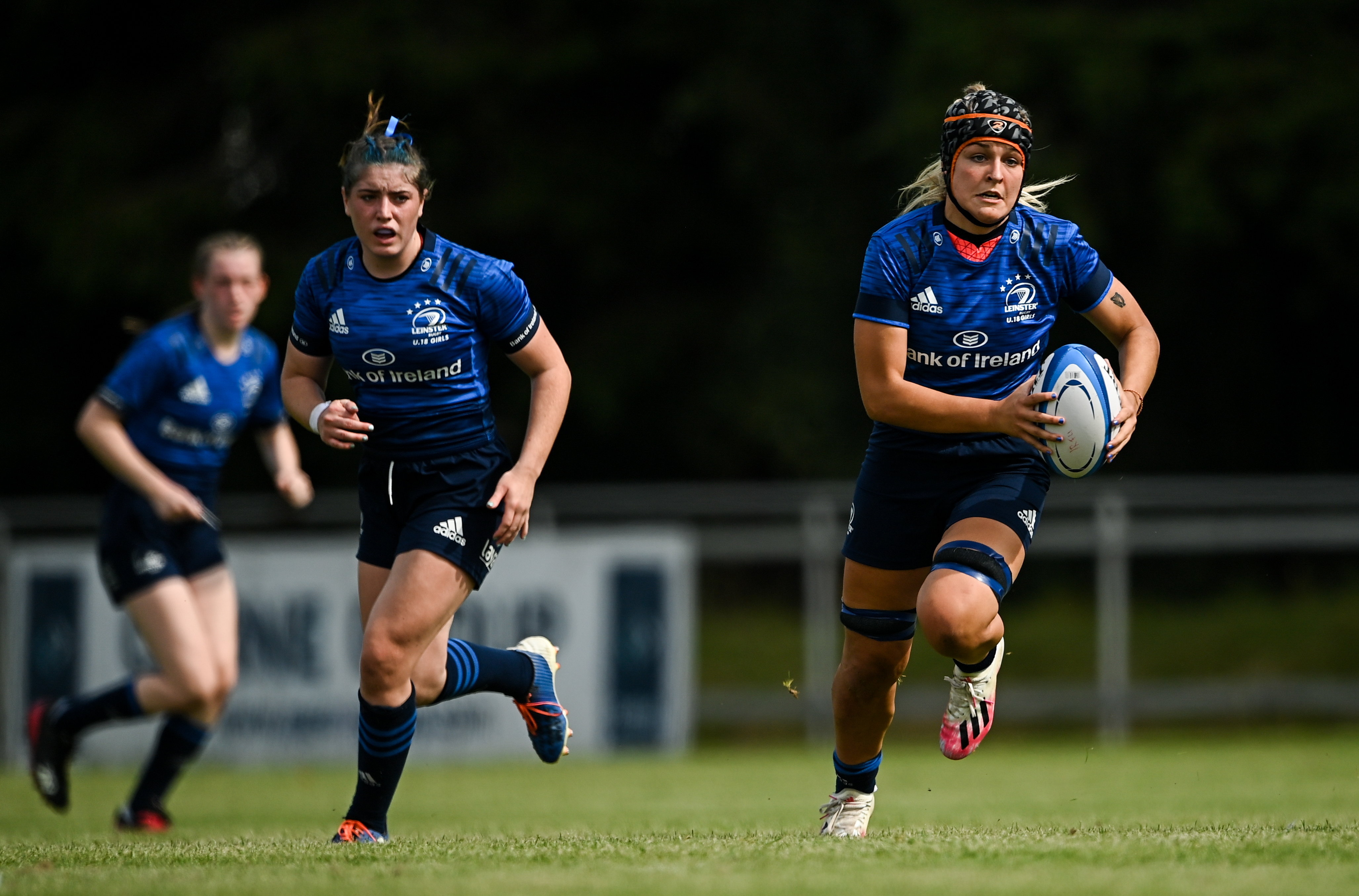 The reason wing Alanna Fitzpatrick and scrum-half Katie Whelan have each picked up three tries in two matches has much to do with the front-foot ball delivered by a direct, hard-working pack of forwards.

The support lines of No 8 Erin King, offloading of Leah Tarpey and all-round excellence of captain Aoife Wafer in behind the strong set-piece application of the front row has enabled half-backs Whelan and Dannah O’Brien to run the show.

The footballing skills of out-half O’Brien are backed up by solid playmaking decisions and the calmness to draw in defenders and put runners away. In addition, O’Brien kicks the ball with precision and power. It is just as well as back-up 10 Abby Moyles was equally impressive from placed balls in her cameo against Ulster.

Certainly, it was noticeable how the standard of play did not seem to suffer when Leinster went to their bench, a sign of how deep the squad appears to be.

Leinster shows just one change from last week, Eva Sterrit coming in to start on the wing, Emma Tilly switching to full-back for Ciara Boland.

The Munster teenagers pushed Connacht to the wire in a 7-5 loss that could have gone either way last week.

The set-piece scrum and lineout are bedrocks to Munster’s game plan, captain Shauna Maher locking down at tighthead and Saskia Wycherley, sister to Fineen and Josh, the main target at the lineout. 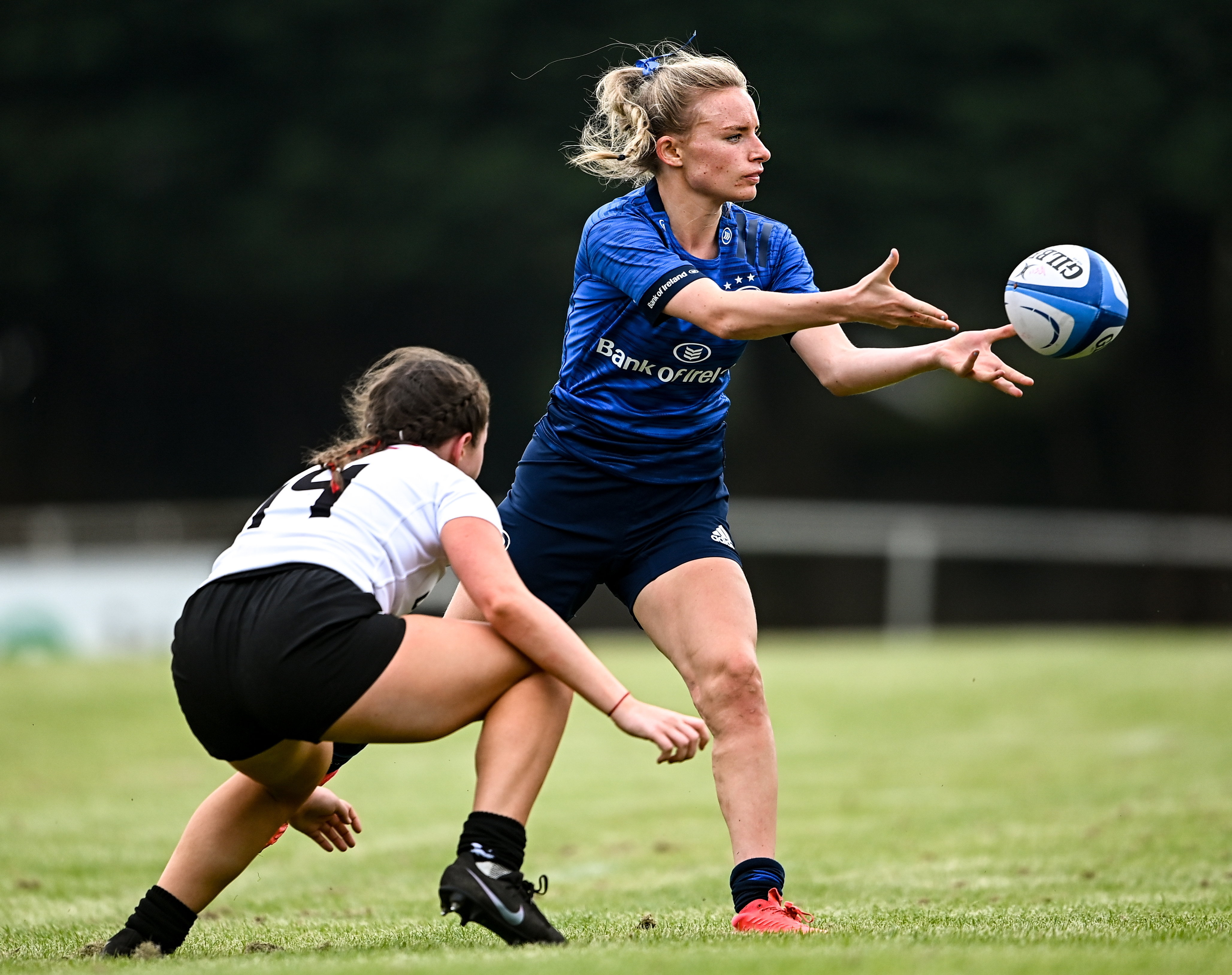 The back row, led by Anna-Kate Cournane, is a scrappy unit, just as combative in the open field as it is in the close exchanges.

For all that, Leinster have looked powerful, improving from Connacht to Ulster to go into this encounter as favourites.