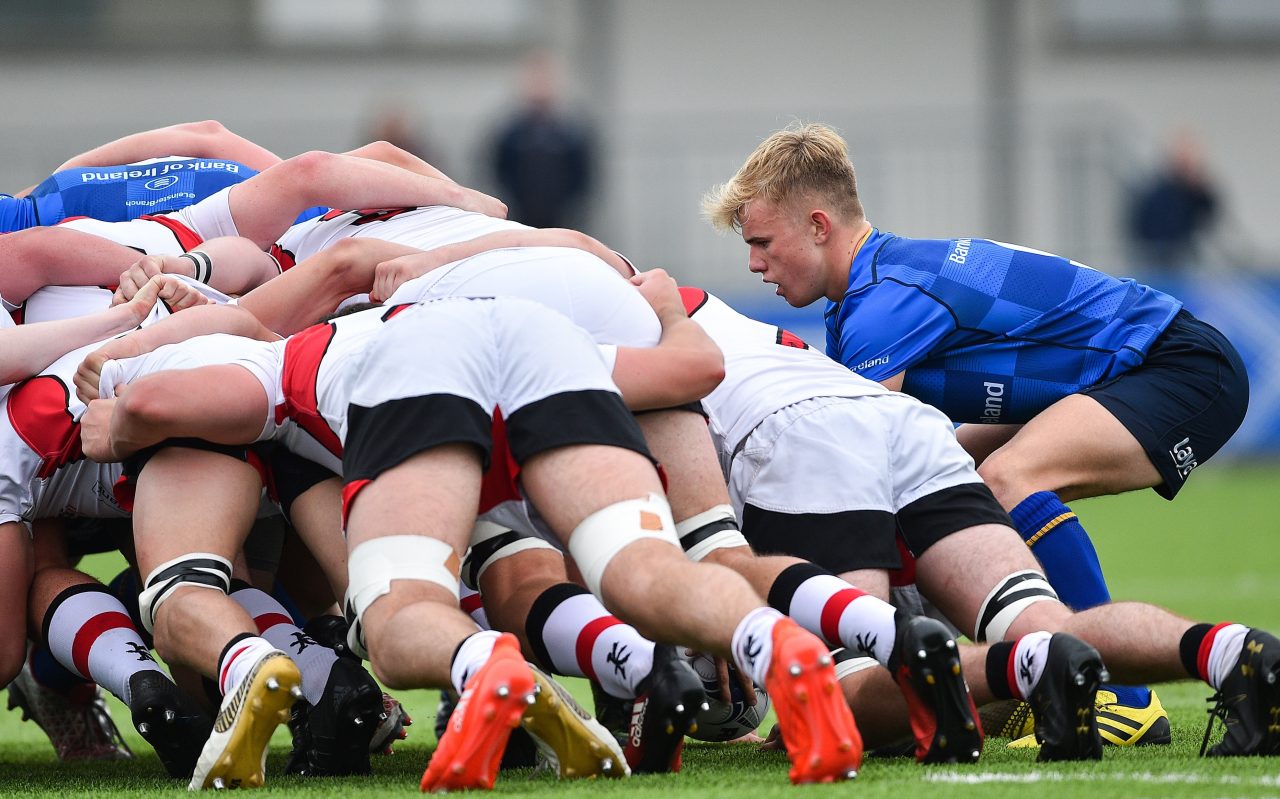 Ahead of the U18 Schools Interprovincial Championship in the University of Limerick, the Leinster Rugby U18 Schools have pocketed the welcome information from three ‘friendlies’ as the festival swings into view this Saturday.

The new format means the grand old competition will take place on the University of Limerick’s 4G pitch where the squad of coaches and players will be stationed for 10 days.

So far, coach Andy Skehan’s boys have beaten the Leinster Clubs 21-15 in a close encounter at Lakeland’s Park last Friday with an extended group.

This was succeeded by a valuable 27-all draw against the Leinster U19s on Monday in which they held the lead deep into the fourth quarter.

“It was probably exactly what we needed. It was full-on, physical,” said Skehan.

It is one of the quirks of the 10-day competition that Leinster had already been scheduled to play Northampton on Thursday, just two days before the Inter-provincials.

Despite a host of errors, Skehan will have been encouraged by how Leinster overcame a serious physical examination against their English guests by holding onto the ball in the second-half to see it out 24-15 with two second-half tries by scrum-half Ben Murphy and left wing, Ed Kelly.

It is anyone’s guess how many of that 15 will turn out against IQ Rugby on Saturday evening with just two days to recover.

“It is an interesting format. It replicates the turnarounds they will see at the U18 Five Nations and, further ahead, at the U20 World Cup for the players who make it that far,” added Skehan.

“From a development perspective, it is a check on each player. Are they good enough at this level? If they are, they are ready to move on to the next level which would be the U19s next year. Obviously, we have a goal to do really well at the tournament and win it. That’s what we are working towards. Also, it is to try and expose players to a few different ideas and see how they react to them.”

Strangely, the opener will not count towards the Interprovincial Championship as there are no points on offer.

Nevertheless, coach Skehan will have the benefit of running his eye over Munster and Ulster earlier in the afternoon.