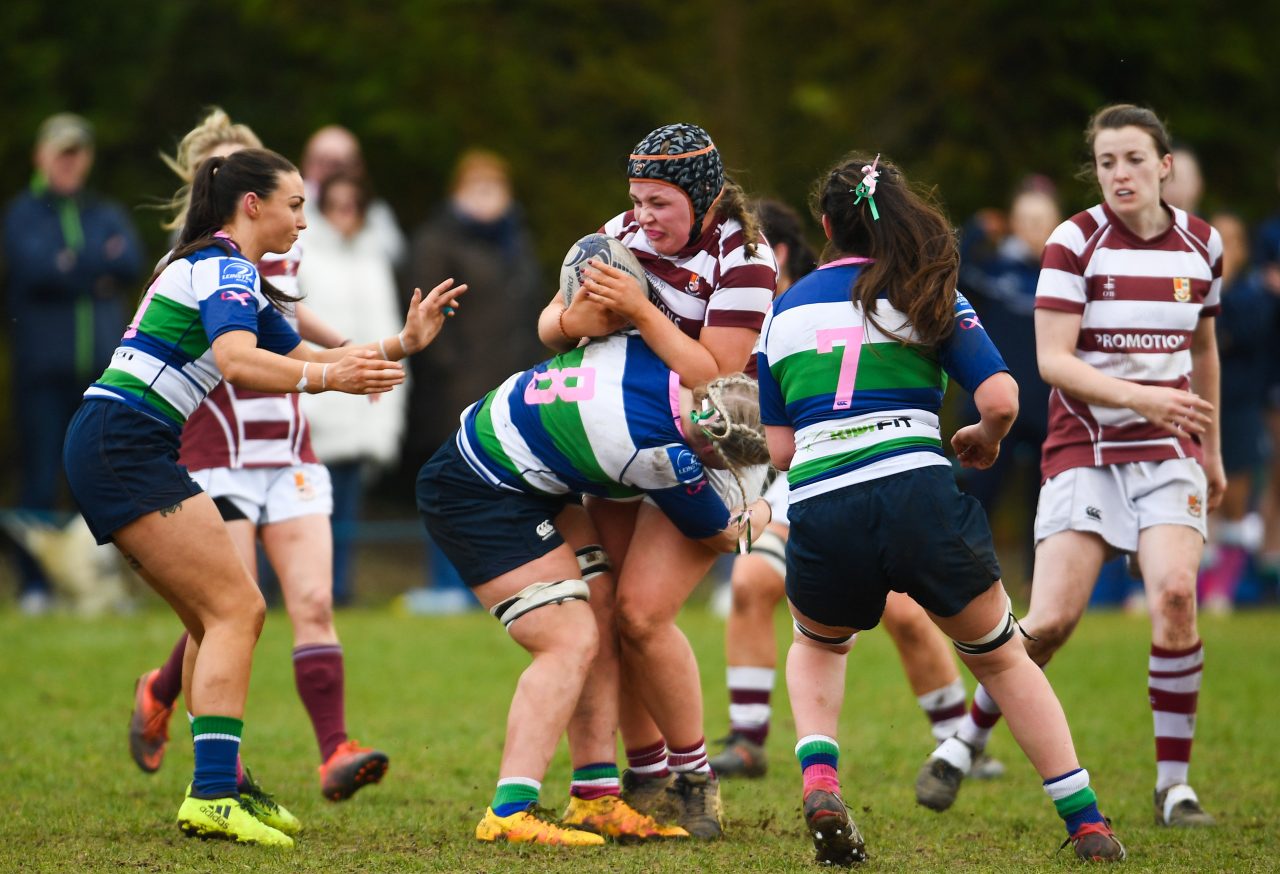 The first Bank of Ireland Leinster Women’s League Finals will take place on Saturday, 23 March, in Naas RFC, with the Division 1 Final on Tuesday, 26 March. Last year’s finals were also played in Naas RFC with record crowds in attendance.

Barnhall come in as table toppers winning 11 of their 12 league fixtures this season. Dublin University also had a great season winning nine of their 12 games. When these two met in the league, spoils were shared with both sides winning away from home.

With both silverware and promotion to Division 2 at stake, another exciting, tight contest is expected between these two sides.

In their first year in Division 2 following promotion, Wicklow have been a revelation, going unbeaten to this point. Division 1 rugby is a clear intention for them.

Edenderry will provide a tough challenge for the Wicklow side. Reinvigorated themselves, they will be looking toward reclaiming their position in Division 1.

They needed to beat Balbriggan RFC to make the decider, overcoming the Dublin side 12-10 at home in difficult weather conditions. Wicklow’s route to the final came at the expense of Clondalkin RFC in the semi-final, winning 27-5 at Ashtown Lane.

The Division 2 final has often been the most exhilarating game on finals day, this one will be no different.

Finals day will be rounded up with the Division 4 final between Naas RFC and Portlaoise RFC, with both teams eager to claim the Division 4 title to play rugby in Division 3 next season.

Portlaoise don’t have happy memories of finals day recently. They were beaten last year by Port Dara Falcons and the year before by Wanderers. On their way to the final this year Portlaoise had a strong 34-0 win over Greystones.

Naas will look to finish off a near perfect season, having only entered a women’s team for the first time this season. Their semi-final game v Tullamore J1 was conceded by the Offaly side.

Not much separates the sides, Naas have won 11 of their 14 games this season with Portlaoise just behind winning nine games from 14. Naas edged the first league meeting between the sides in November (20-10), the return fixture provided a thrilling 29-29 draw.

Due to a bereavement in Tullow RFC the Division 1 final has been moved to Tuesday 26th March at 8pm in Naas RFC. In which table toppers Suttonians RFC will take on Tullow RFC.

Tullow took on Tullamore in a refix of their semi-final game on Friday 15th March due to a serious injury in the original fixture. A close game saw Tullow home on a scoreline of 10-7.

Tullow pipped Suttonians in last season’s Division 2 final and with some changes to the leagues both sides still ended up in Division 1/AIL QL this season. Suttonians sit on top of their table with an incredible unbeaten run, 14/14 and 70 points.

Cups, medals and player of the match awards will be presented straight after each game.

Entry on the day costs €5 for adults and under-18s go free.