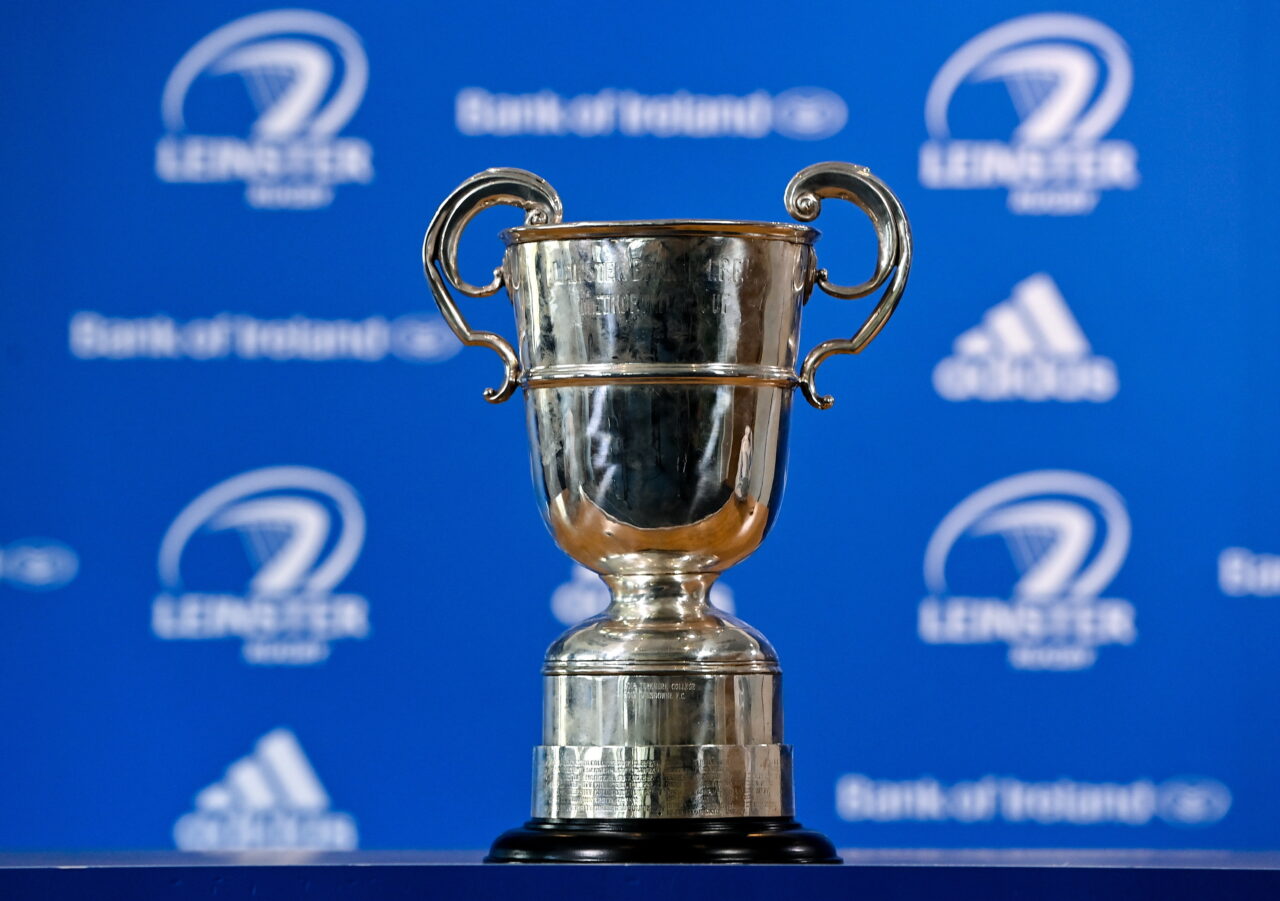 The Bank of Ireland Metropolitan Cup has two more quarter-finals down for decision over the coming few days.

Terenure College and Lansdowne come together on Saturday evening, while Old Belvedere or Dublin University will complete the final four on Tuesday night.

Suttonians and Clontarf have already qualified to play each other in the semi-final.

Last weekend, Terenure were able to gain a measure of revenge when beating Dublin University 20-3 in the Metro League final.

Previously, Trinity had the upper hand over ‘Nure before Christmas in the delayed 2021 Metropolitan Cup final.

The fact of the matter is that Terenure has dominated the Metro League and is heavily favoured to complete the double in the weeks ahead.

This is far from guaranteed as the likes of Lansdowne and Trinity gear up to take them down.

Captain Melia, still in his early-20s, is a fine lineout caller and a cool head in the middle of the game-long scrap for possession.

Half-backs George Morgan and Tiarnan Neville, out of Hong Kong, have been exemplary in guiding ‘Nure around the pitch.

Ex-Glenstal Abbey centre Caolan Dooley has been making his presence felt in the midfield alongside Ross McGuinness. 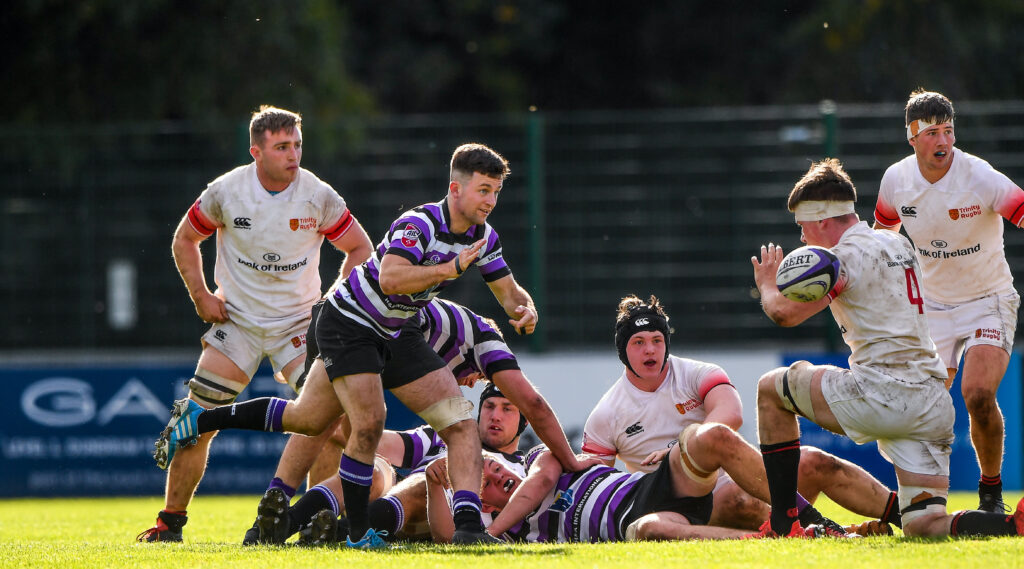 The secret to the success has been the defensive structure pushed by coaches Michael Mooney, Ian Morgan and Robbie Carroll.

In this regard, an unlikely leader is prop McCoy, along with Lalor, in closing down the fringe defence.

Now, this is a top versus bottom match-up from the Metro League, relegated Lansdowne limited to three wins from the 14 rounds.

There is the caveat that they played out three draws, the exact same number for all bottom four clubs, illustrating the competitiveness of the season.

At the end of October, there were just three points between these two (24-21) and ‘Nure needed a last-minute try to come from behind.

It wasn’t quite so close in the return fixture, Terenure coming through more comfortably (29-10) at Lakelands Park.

Lansdowne are occupied by the AIL match-up against Terenure earlier in the afternoon and by the All-Ireland Frazer McMullen (U-20) Cup quarter-final tie with Cork Constitution.

Head coach Phil Donnellan side is backboned by prop Adam Boland, second row Matt Healy and No 8 Jack Barry in a pack that doesn’t stand on ceremony.

They like to punch out the hard yards before half-backs Jack Matthews and Tim Foley orchestrate their attack where captain Rory Madigan is a significant contributor in the centre.

It will be a long weekend for Trinity College.

In addition, they are just getting over that 20-3 defeat to Terenure in the Metro League final last weekend.

For instance, their captain Jody Booth played his first game for the first team just last Saturday in four years at the club.

By and large, Trinity has managed to avoid a heavy crossover, enabling out-half David Fitzgibbon to find a rhythm on return from injury.

Scrum-half Oisin Mangan has been ever-present, Hugh Twomey has alternated between centre and full-back and Matt Jungmann is a regular in the back-three. 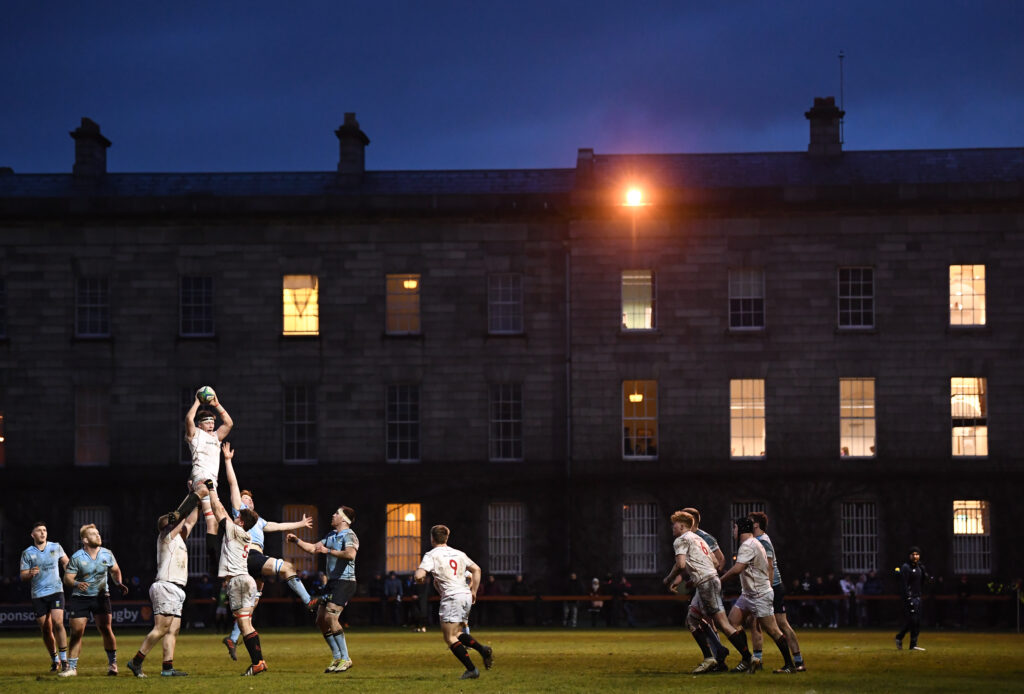 Captain Booth is a fiery presence in the back row where he is joined by openside Adam Corcoran, a classic poacher.

Old Belvedere cannot be taken lightly, despite the fact they were relegated from Division One of the Metro League.

After that disappointment, they are relishing the opportunity to play for some silverware to see off the season on a high.

The team will see a handful of changes from the first round, but, equally, will be just as young and exciting, ready to take it to Trinity.

The fact their firsts are clear of trouble in the All-Ireland League may just enable them to come with a better-stocked side than they could put out in the league.

There is good news on the injury front as Jamie McAleese is returning to bring his brand of physicality to the inside centre slot.

It makes for an interesting partnership with Robbie Deegan capable of bringing others into the game.

The solid-looking midfield is a device for using the timing of Joe White from full-back where he has also been a safety net option, dealing with the opposition’s kicking game.

The front five will have the heavy challenge of trying to stand up to ‘Nure’s fearsome five, led by Melia.

However, the above-average loose forward unit is led by No 8 Jack Culligan, ably assisted by the scavenging skills of openside Eoghan Fitzgerald.