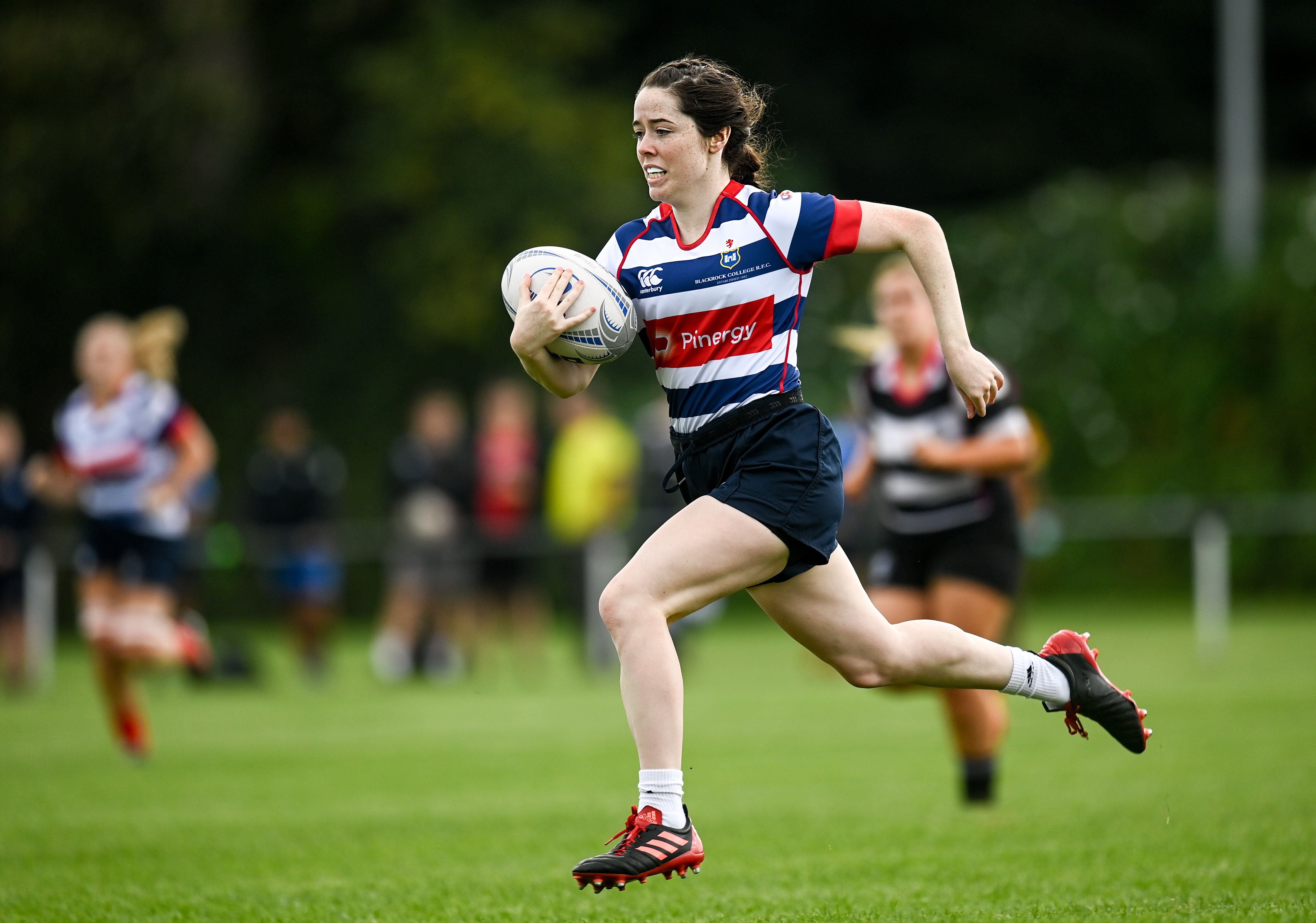 The Bank of Ireland Paul Flood and Paul Cusack Cups and Plates finals will take place this Saturday at Old Belvedere RFC.

The first ever Division 5 final will also take place in yet another sign of the growth of women’s rugby across the province.

Ten clubs will face off in five finals, all looking to claim the last silverware up for grabs at the end of what has been a difficult year for all clubs.

Members of the Paul Flood and Paul Cusack families will be there on the day to help present silverware to the winners.

With the Women’s Leinster Leagues expanding this season, Kilkenny will face Tallaght in the inaugural Division 5 Cup final.

Tallaght head coach Sean Bishop has committed to improving the basics, starting with a strong pack of forwards from which to build out the game plan.

The early stage of women’s rugby out in Tallaght is demonstrated by the fact they have eight players at the end of their first season of rugby.

The mother and daughter influence of the captain Martina Fitzpatrick and Abbie Keeley reflects the balance between experience and youth.

In addition, out-half Grainne Flood and No 8 Louise Leonard recently got engaged, adding another first to the season.

Kilkenny coach Patrick Mosse aims to break out of a forward smash and crash style of rugby into a more expansive entertaining game with strong, speedy ball carriers in the pack and a dynamic backline.

They aim to keep defensive lines guessing on where attacks are coming from. Half-backs Ella Carroll and Leah McCarthy are key to the strategy.

Out-half McCarthy has excelled as the primary playmaker, sticking to her strengths to read and control the game. 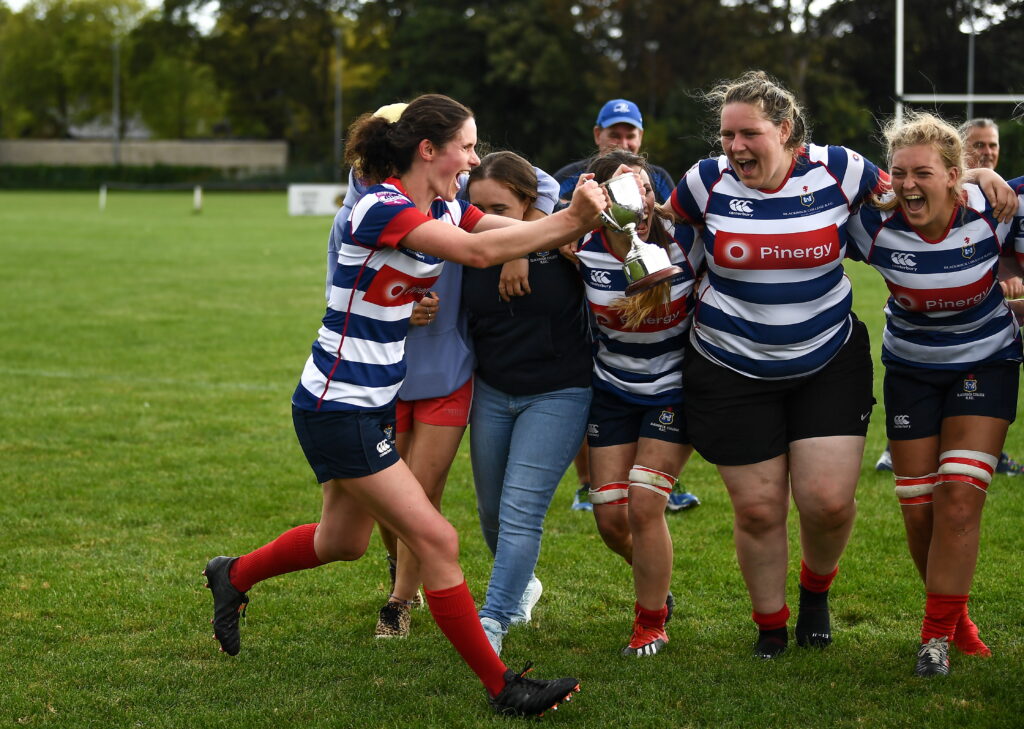 Kilkenny are led by Emer Kelly, their top try-scorer, in the centre, and the captain works from a base of using good vision to see and attack space.

Jenny Kirwan only started playing rugby this year, experimenting in multiple positions before cementing a spot at prop.

Flanker Tina Wright has emerged as a great ‘lead by example’ forward, using her agility to become a menace at the breakdown.

In the second game of the day, Portlaoise take on Wanderers, both teams taking advantage of a short route to the Plate final, after being knocked out of the cup in the first round.

The Laois club had a strong win against Garda/CYM 56-0 with Wanderers receiving a bye from MU Barnhall J1 to make it to this point.

Portlaoise coach Jayson Meaney brings together a healthy blend of youth and experience in playing to their strengths.

The front five is led by prop Steph Gleeson and the Palmer sisters, Rosie at tighthead and Yvonne in the second row.

Pack leader Becca Mullen is a fine example of doing what it takes to win the ball and keep it in a solid back row with Emma Smith and Ali Holmes.

The return of scrum-half Rachel Murphy to partner Amy O’Callaghan, the captain, has given the backs and forwards a natural link.

Centre Denica McGrath will look to build on where she left off in the Plate semi-final, having scored her first try for the club.

Wingers Jenny Keegan and Rachel Palmer have amassed a high try count to reflect their status as natural finishers.

The women’s team at Wanderers was started in September 2014 when it began with a small number of dedicated women who wanted to get fit, make new friends and play the sport they loved.

Eight years on, captain Jess Kickham is at the core of the game plan, working with out-half Nicole Landy to keep an eager pack moving forward when possible.

The back row of Margot Bonilla, Aisling Busher and Finn Bourke will be charged with making a mess at the ruck and driving the game plan on the gain line.

Coach Alice O’Callaghan is assisted by Ireland international Katie Fitzhenry in bringing an expansive brief to the players.

Balbriggan have come through a tough season, stronger for the experience.

Their route to the final saw them beat a strong DCU side at home 38-22, following up with a great 29-15 win away to Clontarf in the semi-final.

Their style of play has evolved as the season has progressed. The team plays a wide game from a platform set up by well-structured forward play.

Their link play has come on in leaps and bounds over the last few months thanks to the input and guidance of Ireland international Michelle Claffey, who came on board at the beginning of the season.

Stephanie Campbell has been the captain of Balbriggan RFC for the last number of years and has always led by example. 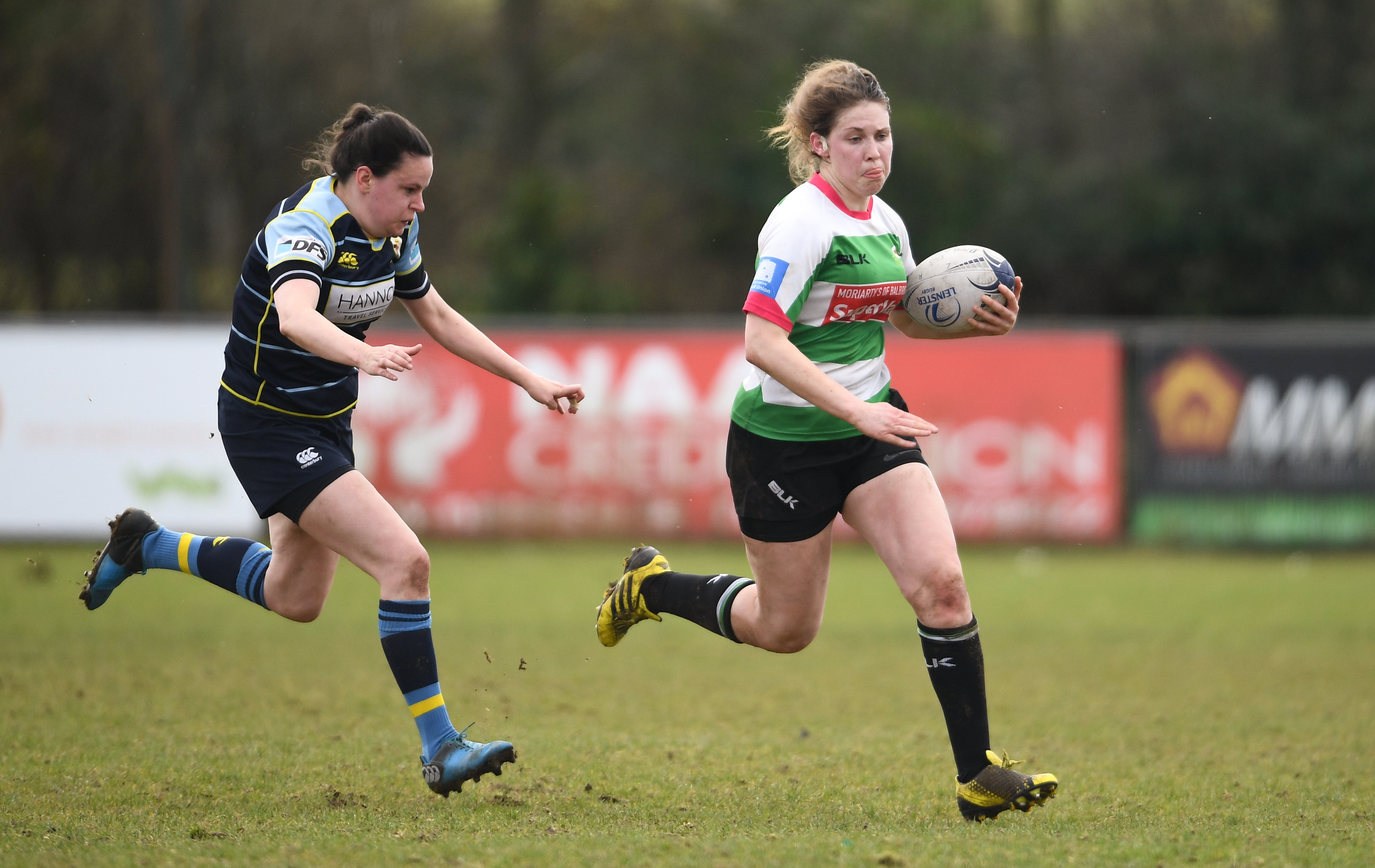 Dearbhla Sheridan helps to drive standards on the pitch, not forgetting her skills as a runner and a natural kicker of the ball.

There is a mother and daughter combination in the back row as No 8 Eadaoin Cannon and mum Lorna McKenna have played alongside each other for years.

Prop Caoimhe Colman is the youngest player on the team and has managed to balance her Leaving Certificate studies with training and playing throughout the season.

The Blackrock philosophy is based around a solid set-piece that enables them to play to width.

The road to the final saw them win away to CYM 48-5 and narrowly overcome Old Belvedere J1s in a fantastic semi-final 18-10.

Coaches Sam Casey and Ben Martin rely on the scrummaging of Joanna Mahon to set a stable platform.

In the back row, Riana Roche, a Brazilian jiu-jitsu black belt, never takes a backward step in the collision zones.

Versatile forward Anna Potterton, a marauding ball carrier, can be hard to stop once into her stride.

In the backs, scrum-half Laura Delaney just loves to shoot through gaps on the fringes and centre Roisin Crowe makes gliding through defences look easy.

Naas’ preferred option is to play a fast game, looking to forwards, like Aisling Mahon, to break the line and offload while sucking in defenders.

Coaches Fionn Higgins and Adam Coyle aim to spread the ball to the speedsters on the outside in Laura Power and Emily McKeown on the wings.

To get there, half-backs Catriona Sheridan and Sheena Hubbard use a heads-up outlook, playing what is in front of them.

From a complete beginner three years ago to making captain, Clare Finn is a natural leader at tighthead.

Their youngest player Ruth Campbell has come up from the U-18s to play her first season of senior rugby.

She has started on the flank for every game this year and is a dominant tackler on the pitch.

Kildare inter-county footballer Amy Horan, at centre, has taken to the game incredibly well in her first season.

Wicklow benefit from being able to train and prepare with their All-Ireland status first team.

Receiving a bye in the first round, this wasn’t noticeable in a close encounter against Longford (12-19) in the quarter-final.

However, they sent a message in the semi-final where the South East Lions were blown away 53-10.

Half-backs Megan McConnell and Nicole Humby are central to how they plot a course through the game.

No 8 Becky Condron drives through contact and flankers Eimear Douglas and Amy O’Neill are always on the prowl for work.

The best is saved ‘til last as Tullamore and Tullow go head-to-head.

Past winners Tullow overcame Balbriggan, MU Barnhall and Mullingar on their way to the final scoring an incredible 183 points across their three fixtures.

Both teams know each other well from participating in Division 1 of the Leinster League and have been finalists in the Paul Flood Cup in the past.

Tullow coaches Paul Canavan and Keiaho Bloomfield have developed a well-balanced team with No 8 Alex O’Brien as their main source of go-forward.

Captain Lana Brennan is a non-stop presence on the openside and the front five, anchored by tighthead Orla Hanlon, more than holds its own. 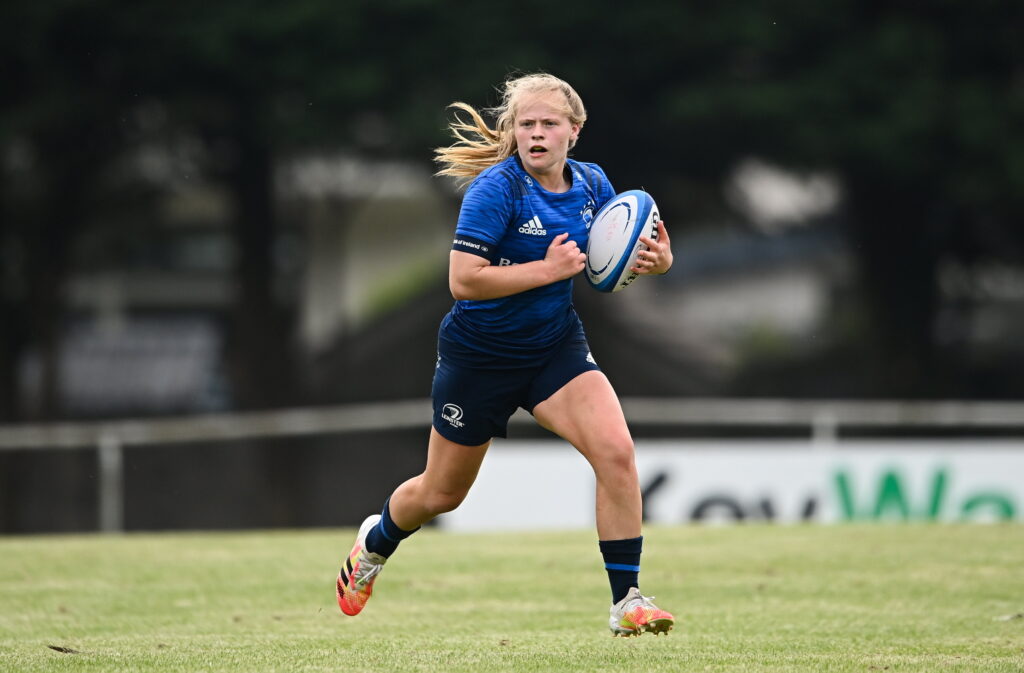 Last year’s Leinster U-18 out-half Dannah O’Brien is sited at inside centre with Catherine Dempsey and Alice Carroll at half-back.

This all points to a will to move the ball into the hands of outside centre Chloe Farrell and Lisa O’Toole, who have the speed to trouble defences.

Tullamore coaches Dermot Tierney and Ritchie Hughes look to play heads-up rugby, taking the ball up strong when needed or passing to width when the space is on.

Forwards and backs link very well, no one particular player holding a dominant role. The idea is for everyone on the pitch to be interchangeable, always pushing the values of teamwork.

Captain Róisín Feighery is happiest close to the action, the hooker thriving in the physical battle for the gain line.

The second-row pairing of Saoirse Quinn and Laura Simpson is one based on complementary skills, underpinned by work rate.

The maturity of No 8 Emer Feighery is important in how the Offaly club handles tight games.

Out the back, out-half Emer Kelly is given the playbook to keep her forwards moving until it is time to change the point of attack.

The instincts of full-back Sinead Rigney for knowing when to counter and when to come into the line can be a strength.