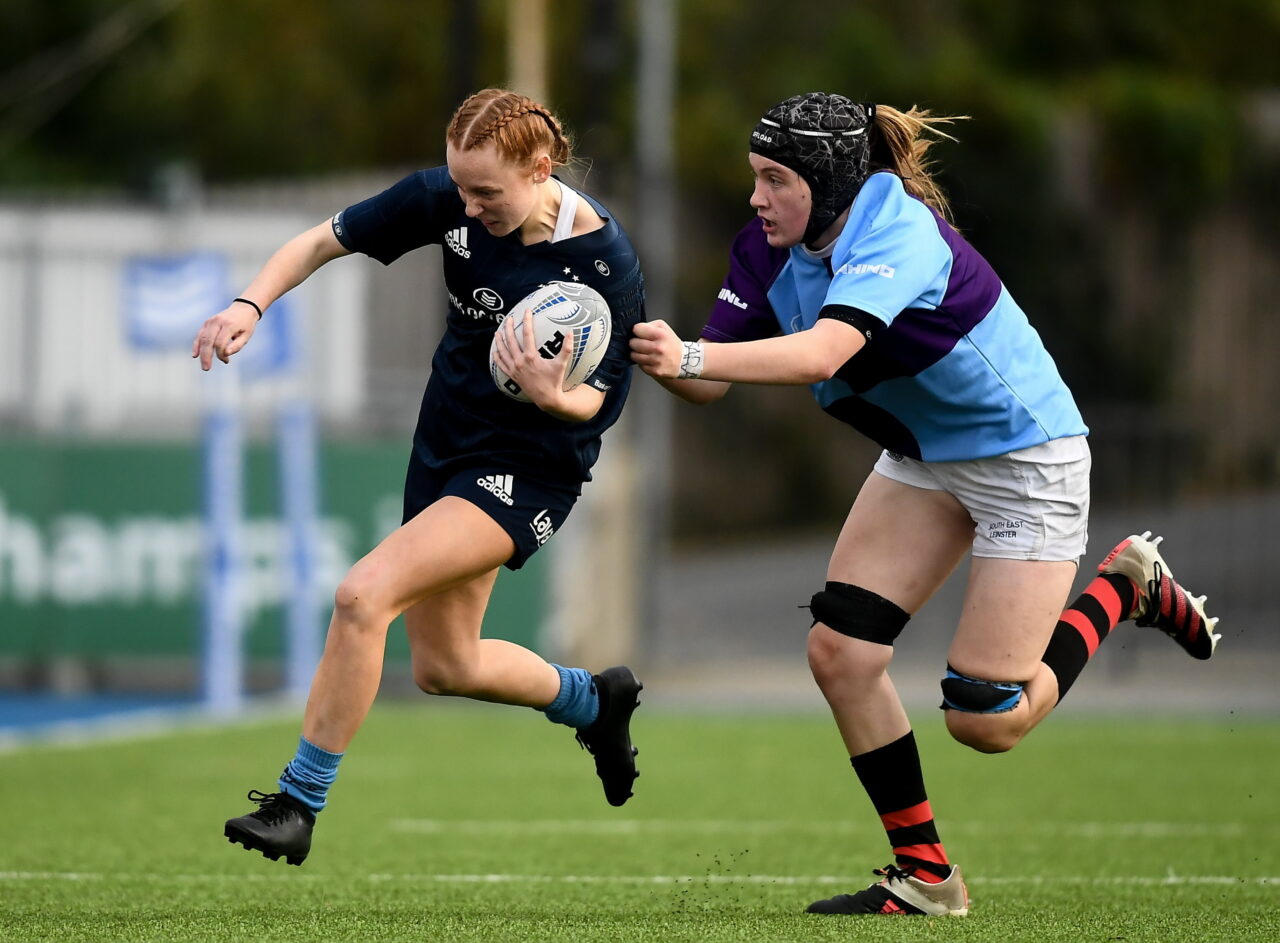 The Bank of Ireland Sarah Robinson Cup comes down to the last round with a mouthwatering doubleheader at Energia Park on Thursday.

It has been a valuable tool for evaluating, and further developing, the 13 Leinster players that made the cut for the first Ireland U-18s at Easter.

Here we are in the final round of the Sarah Robinson Cup and there remain two undefeated teams set to do battle.

The North Midlands hold a slight edge in the finer details of the statistics column, most importantly from accumulating three bonus points wins against two for the South-East.

The South-East handled Metro (44-17) and the Midlands (33-0) with relative ease before coming through a real dogfight with North-East (20-17) to maintain their clean record, emerging with a points differential of +63, from 97 points for and 34 against.

First choice full-back Robyn O’Connor, centre Kate Corrigan, flanker Orla Wafer and No 8 Jane Neill were all involved for Ireland in the U-18 Six Nations Festival.

This gives the South-East a thread of international class that is bound to spread confidence through the side. 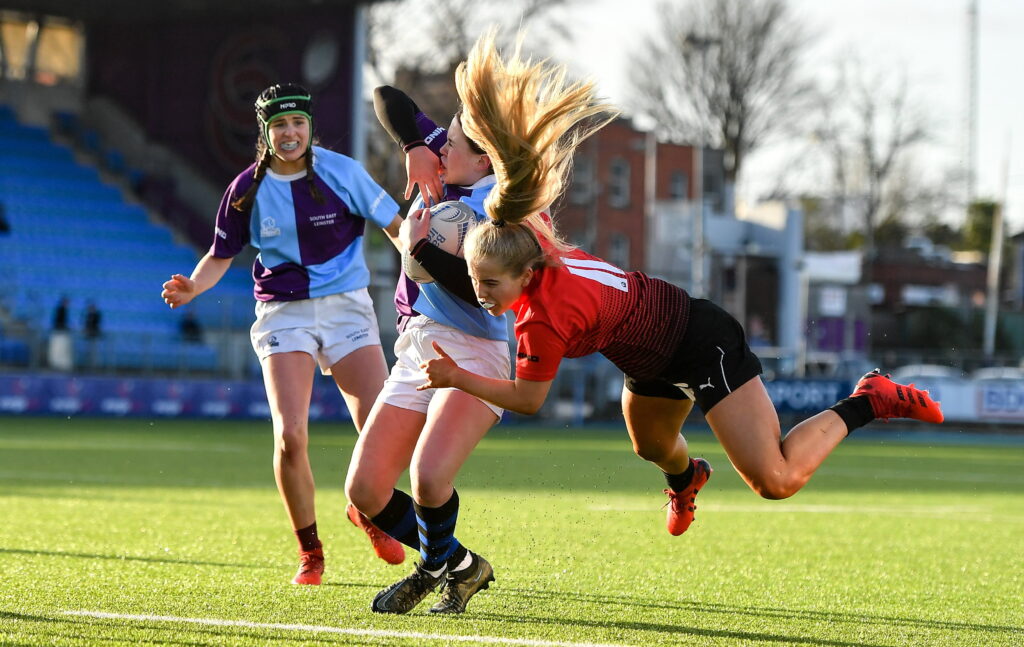 Wicklow second row Jess Griffey has been their lineout caller and main source of possession out of touch as a tall, athletic jumper.

Perhaps, the South-East’s most productive unit is the back row where Wafer and Neill are usually joined by Prudence Isaac.

The Arklow blindside, a physical force, is improving quickly in her knowledge of the game.

There is versatility in the back division where the instincts of Molly O’Gorman make her a valuable personality to call on.

The same goes for Ciara Short, who has been putting her footballing skills to best use at out-half and in the centre.

The North Midlands are waiting on a number of fitness tests which has delayed their selection.

They are not short of Ireland international influence from hooker Sarah Delaney, second row Koren Dunne and Hannah Wilson and the exceptional Alanna Fitzpatrick, who will sit this one out due to injury

The combination between Blathnaid Smyth and Dunne in the second row is a strong one allied to the all-round cohesion of a fine pack of forwards.

Playmaker Amy Rushton has been key to releasing the outside backs where North Midlands have had centre Fiona Fennessy linking to the back three where there has been huge pace from Amy Larn.

On the formbook alone, North-East probably rank as the next best behind the South-East and the North Midlands, even though they have won just one of three matches.

However, the manner in which they pushed North Midlands (29-17) and then South-East (20-17) suggests they should be confident of ending their campaign on an even keel.

The North-East have retained the bulk of the Navan contingent which provides a positive in terms of cohesion alone.

The Meath club provides eight players to the first 15, including the entire three-quarter line and both props in Emma Looby and Lauren Fitzpatrick.

Out-half Abby Moyles is missing through injury and the capable Shannon Campbell will step into that responsibility, partnering with Jade Gaffney at half-back.

The highly skilled scrum-half Gaffney was part of the Ireland U-18 experience at the Six Nations Festival in Scotland last week.

The engine room will be powered by Naoise Smith and Lila O’Molloy, who have both been eager to show what they can do.

The back row of Caoimhe Stewart, Rosie Searle and Aoife Purcell is an abrasive unit tasked with physicality on the fringes, being both a force for momentum on the ball and a wall in defence. 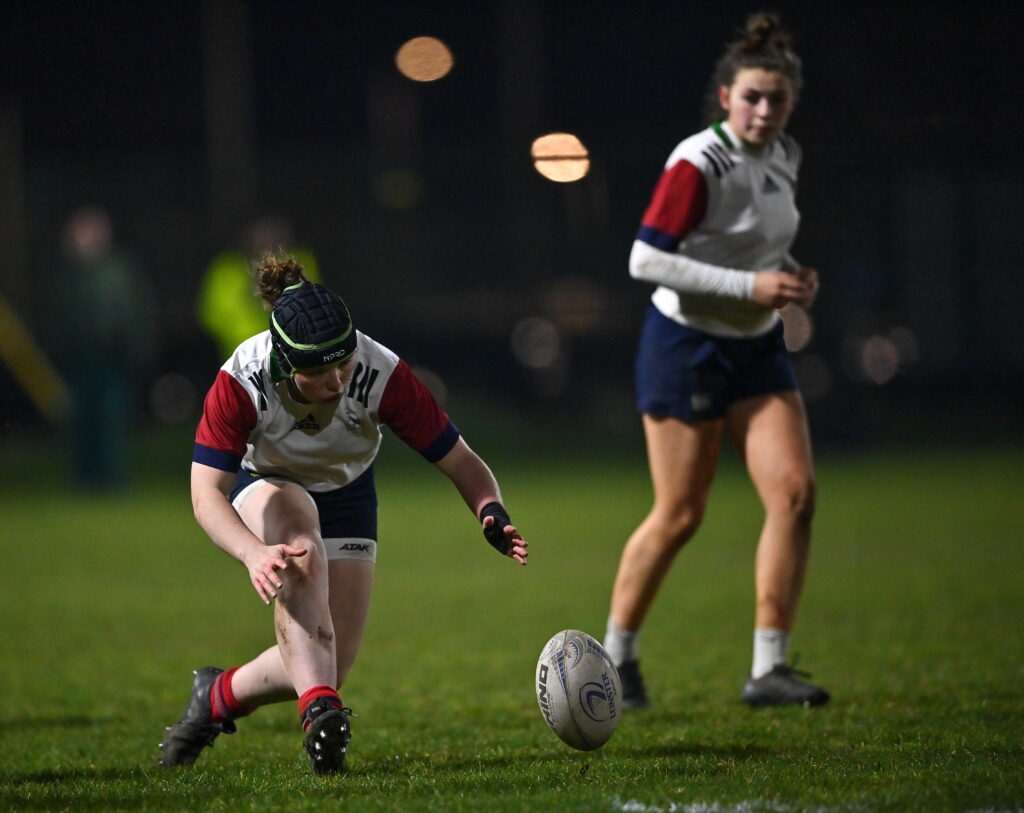 Although the Midlands hold the same return from their three outings, they were unable to truly test those pace-setters South-East and North Midlands.

However, they did manage to put some of the lessons learned into use against Metro in round four to come away with a well-deserved 20-12 victory.

They show multiple switches from the side which upended Metro, just one coming in the back division where Sorcha Tierney comes into full-back.

Roisin Bennett makes the unusual move from right-wing to blindside flanker in an all-new back row with Sophie Traenor and Saoirse Guinan.

They have decided to hold their U-18 international prop Isobel Clerk to a spot on the bench as Kara Mulcahy wears the number one shirt.