Preview: Second round of U-19 and U-18 Clubs Interprovincials 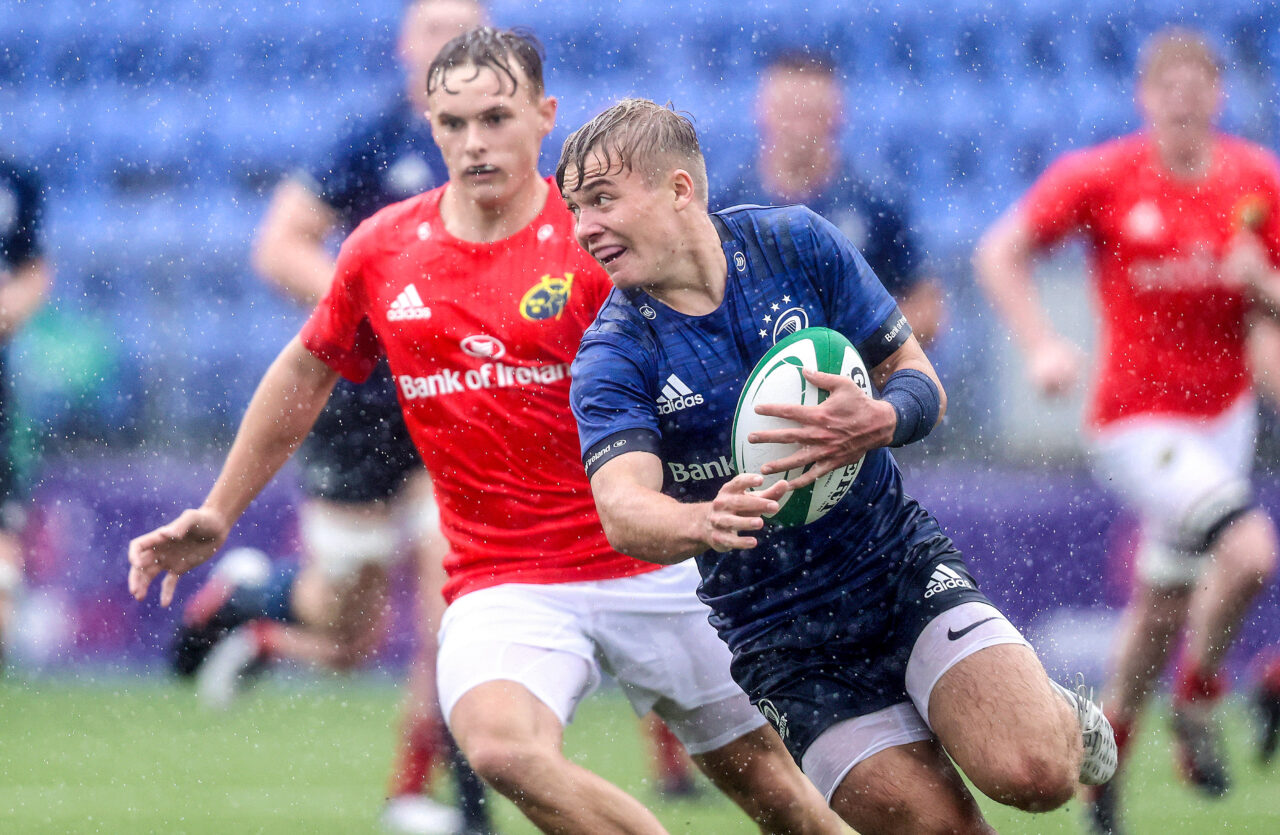 The Leinster Rugby U-19s will hunt back-to-back wins in the Interprovincial Championship against Connacht at Energia Park on Sunday afternoon (KO 1.30pm).

The blending together of the Schools and Clubs takes place at this level and, if anything, this squad reflects the progress being made in the latter pathway.

This season, the extra burden of responsibility placed on the players and management by the COVID restrictions has been embraced through total commitment to the cause.

“They players have worked extremely hard to make it to this point,” said team manager Noel McKenna.

“I have nothing but the utmost respect for them, and for all the players across the four provinces, for how they have committed to training every Monday, Tuesday, Thursday and Friday over the summer.”

There must be a temptation to rotate the squad as all 42 players called up at the start of pre-season have been retained.

The pursuit of winning here and now has to be balanced against that of the development of players for the longer term.

In terms of this specific challenge, Leinster have looked to emphasise the importance of ball retention in the contact area as well as executing better around their chances created.

Now, they could have been forgiven for faltering in the first round as they had to deal with apocalyptic rain in the 27-7 defeat of Munster at Energia Park. 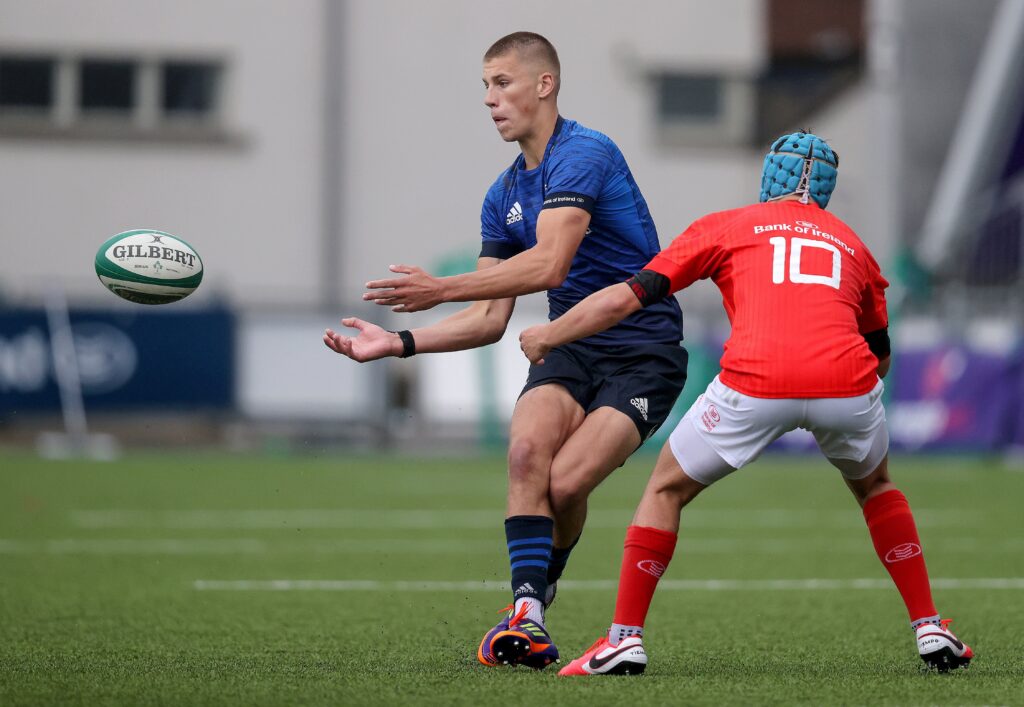 The most positive aspect of their play was how they turned around a 7-5 half-time deficit, hammering in three more tries.

Quite simply, they got better as the game wore on, adapting to the conditions and squeezing Munster into submission.

The western province will count themselves unfortunate not to have come away with something better than a three-point loss (22-19) from the tussle with Ulster last Sunday.

Leinster coach Andy Wood will push the importance of sticking to the plan, holding onto the ball and converting chances as they move one step closer to a clean sweep.

The Leinster Rugby U-18 Clubs will look to build on the character they showed in round one when Connacht come to Energia Park in the Interprovincial Championship on Sunday afternoon (KO 3.30pm).

Last week, Leinster showed resolve in coming from behind to beat Munster 12-8 at the same venue, courtesy of tries by loosehead prop Oisin Lynch and centre Charlie Sheridan.

Their leaders really came to the fore with Sheridan punching the ball up in midfield, scrum-half Andrew Doyle directing play, No 8 Grant Palmer winning the gain line and captain James O’Loughlin leading the charge from second row.

“To be honest, the lack of rugby playing time means it is hard to read anything into what happened last week,” issued team manager Patsy Gorman. 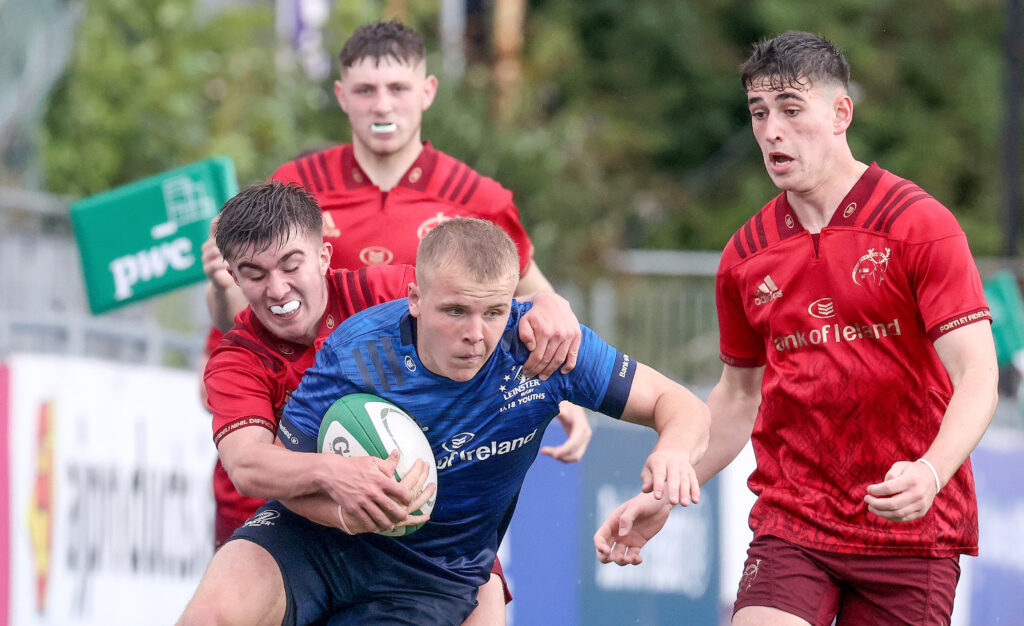 “It was a very tough, physical encounter with Munster and the boys showed a lot of strength of character to come through that test.”

Despite being quite a young side, there has been a mature reaction to escaping with a win on the opening day of the competition.

“There were a lot of sore bodies and tired minds when we met the players again on Tuesday. But, it was a good sign when they trained really well on Wednesday.

“Our review was focused on the game last week, what we can do better for Connacht,” he added.

The improvement in weather forecasted for the weekend should lead to coach Joe Carbery opening up the Leinster playbook.

As always, there will be a focus on ball movement between backs and forwards alike, based on a mastery of the basics of pass-catch under pressure.

Within that, the half-backs will need to have their heads on a swivel to to drive the Blues into the right areas of the field. 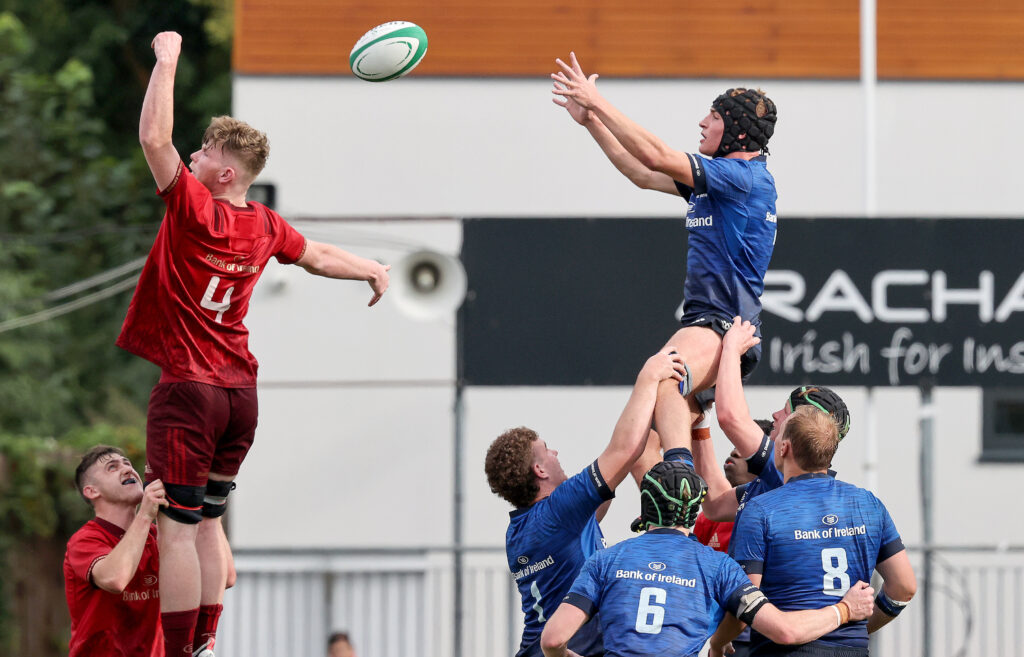 Connacht will be smarting from the 34-24 defeat to Ulster last week, a result founded on a poor first-half, falling 21-0 behind at the break.

They will look to make a quicker start, get to the pace of the game and play like they played in the second-half against Ulster.