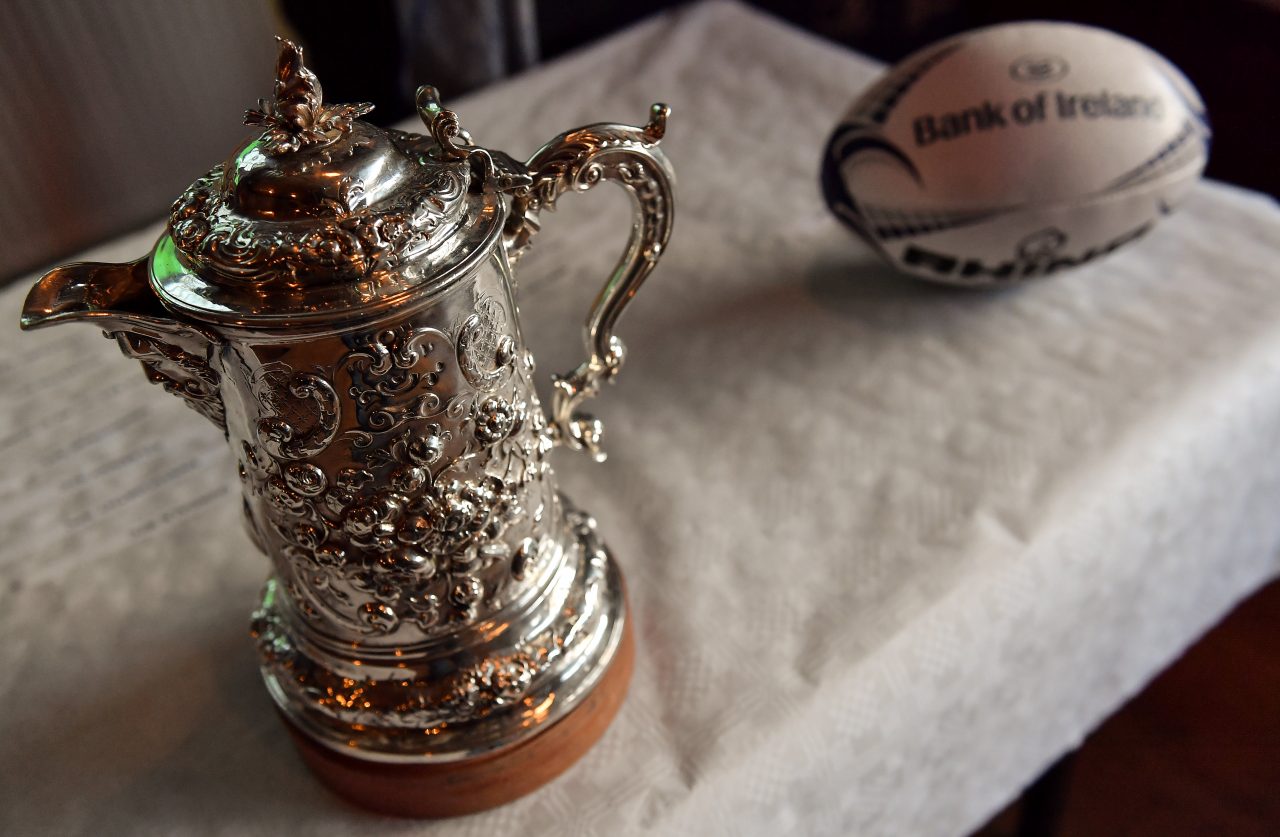 The Bank of Ireland Provincial Towns Cup is back this weekend as the four quarter-final ties take place across the province.

Here, we’ve cast an eye over what to expect from all of Sunday’s matches, which kick off at 3pm.

Neutral supporters could be forgiven for thinking that reigning champions Enniscorthy will have a fairly routine ask in this quarter-final but any semblance of that attitude from the Wexford club will almost definitely lead to disappointment.

Beaten by Ashbourne in the final of the All-Ireland Junior Cup, the newly crowned Divission 1A champions will know all about the perils of one-off fixtures.

They possess a match winning back line with Ivan Poole leading the way at out-half while Ivan Jacob continues to rack up the points from the wing.

After an opening round bye, their second round fixture with Skerries was poised at 6-6 after 60 minutes but they eventually came out 25-6 winners with a powerful finish.

Tullamore won’t be helped by the fact that they have to make the trek to the south-east.

They will have a sprinkling of first team players in their ranks and the fact that they won on the road in the last round at Arklow after extra time will give them a confidence boost.

Despite that, their rich Towns Cup tradition suggests they won’t go down without a fight.

One of two all-Division 1A pairings in the last eight. Wicklow will go into the game as warm favourites given their league form.

While they were a long way off eventual winners Enniscorthy in second place, they still finished with 14 points to spare on their opponents here.

Each side tasted victory on home turf in their two league meetings in this campaign.

Wicklow will be at home again this weekend and the 2016 champions will be keen to prolong their season.

They came through a major test in the last round beating 2017 champions Tullow with out-half Niall Earls starring.

Dundalk have had a mixed year in the league but they are unbeaten since mid-January and are coming into form at the right time.

They exited the cup in the early stages last year and a run to the latter rounds will have been on their list of priorities this year.

With Enniscorthy running away with the League, both sides will have had this weekend firmly in focus.

The second all Division 1A tussle will take place in Ashbourne when Gorey make the long trek to Meath on St Patrick’s Day.

The All-Ireland Junior Cup winners are a tough draw at any time but playing them at home is now an acid test.

The Meath men haven’t been beaten at home since last October. One of those games was a draw with Gorey back in December while the north Wexford club won the return fixture back at the top end of the campaign.

In terms of league position, Gorey finished in third, three points ahead of Ashbourne and also disposed of a fancied Naas side in the last round.

A Stephen Duke drop goal 14 minutes into injury time at the end of the 80 minutes secured the win for them in an epic Towns Cup encounter.

It’s a big couple of weeks for Longford as they host Kilkenny this Sunday in the quarter-final of the cup before they travel to North Kildare the following Sunday to take on Bective Rangers in the 1A/1B Promotion/Relegation match.

Kilkenny lie in wait for them on Sunday and are one of the top six teams in the Leinster league, who incidentally are all in the quarter finals stage.

While it will be seen as a shock if they were to beat Kilkenny, league placings would show that there isn’t a lot between them.

Kilkenny beat Clondalkin 39-10 in the last round with Podge Mahon and Liam Caddy to the fore while the Longford men will be aiming to knock out their second Division 1A side in succession having defeated Boyne in the last round thanks to three Ryan McHugh penalties.

The battle of the boot with McHugh and Liam Caddy will have a big impact on the game and with home advantage on their side, Longford are well set to cause an upset.

2015 finalists Kilkenny are another side who will have prioritised the Provincial Towns Cup as Enniscorthy disappeared from view in the League.