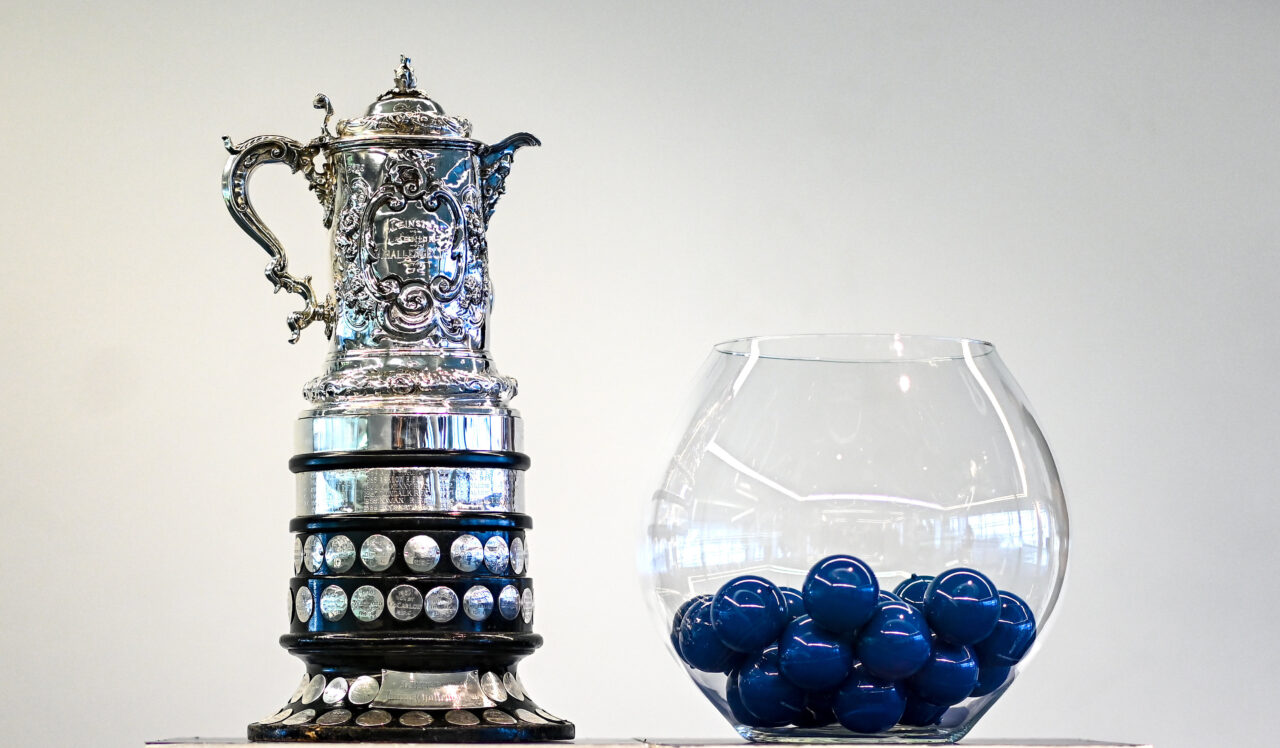 The Bank of Ireland Provincial Towns Cup second round will take place at eight venues around the province on Sunday.

The first drawn clubs are at home and all matches start at 3pm.

There is considerable AIL experience within the squad, prop Joe Moynihan has played many years with Sunday’s Well. Joe Manuel is a two-time AIL Division 1 winner with Shannon.

O’Connor has had spells with Old Wesley, Roy Stanley with Galwegians, Hugh Corkery with UL Bohs and Aiden McDonald and Caddy with Cashel.

The lion’s share of the team has come through the club’s youth system, including Jake McDonald, centre pairing Hugh Corkery and Aiden McDonald and brothers Conor and Jack Walsh.

Kilkenny have leaned on standout performers Stanley, Conor Dempsey and Caddy as they look to play a positive brand of rugby based on a solid lineout and scrum. 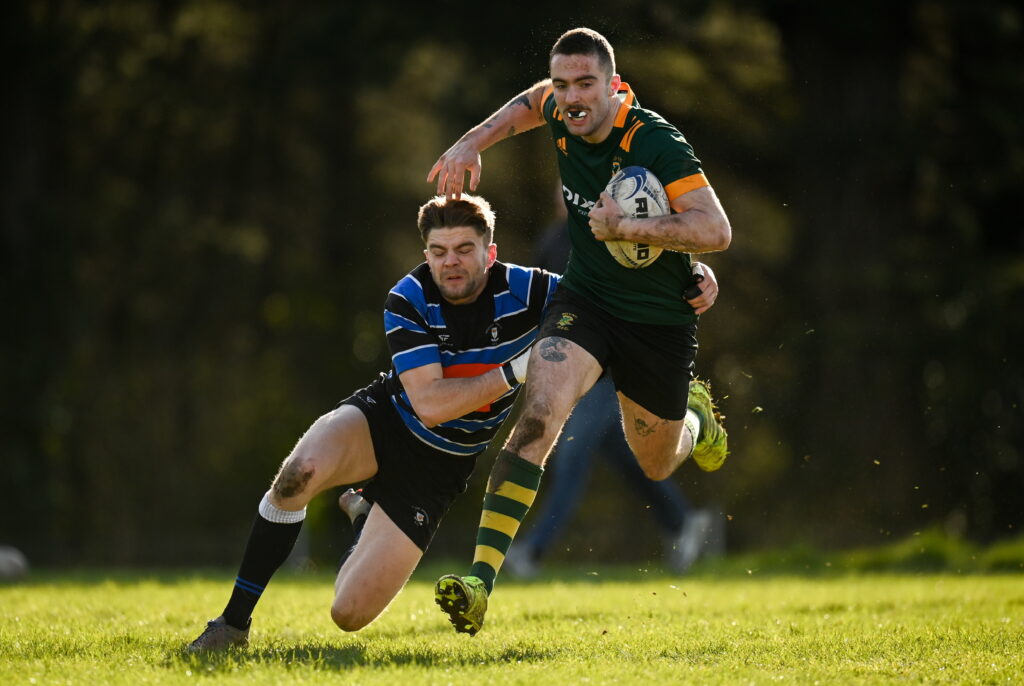 Out-half Jake McDonald’s recovery from a groin injury and Pratley’s possible return is imperative for Kilkenny to launch a serious bid.

Edenderry will be buzzing from their first-round shock of Cill Dara and the draw attracts Leinster League Division 1A opposition to Coolavacoose.

The Offaly club is already in bonus territory, attempting to take out a rival operating three divisions above them this season.

This is the beauty of the Towns Cup, Shane Cummins emerging as the last-gasp hero from a penalty.

The composure Edenderry showed in overturning Cill Dara late on, perhaps reflects the relatively carefree attitude they can take into a competition in which expectations are not a burden too heavy to carry.

Navan have taken the decision to add more beef to the pack to counter Carlow’s physicality there.

The set-piece will be the battleground on which they will get momentum or get stuffed at the gain line.

To this end, the Meath club have Ronan Hannon, Gary Faulkner and Alex McGoey as front row enforcers, backed up by the experience and influence of David Brady in the back five.

The back division is dotted with strong performers in Sean Walsh, Harry Hestor, Keelin Murphy and Cillian Farrell, who are as able on the ball as they are without it.

County Carlow will be keen to put it all together in a way they couldn’t in the 19-18 first-round win over Longford.

They were able to start and finish well in the first and final quarters. It was the middle of the game in which they got bogged down.

Consistency for 80 minutes is the key to putting it up to Navan. Their settled pack will have to knuckle down at the set-piece where second row Wes Shirley is the lineout leader.

Full-back Richie White has been playing Towns Cup since 2006 and his experience will be a calming presence at the back when the heat comes on.

Despite the Leinster League Division 2A title won and promotion secured to 1B, Athy had a sluggish start in Balbriggan in round one.

They will not have that leeway on Sunday as North Kildare are sure to provide much stiffer opposition.

There is a swagger that comes with winning and from having completed the double, home and away, against North Kildare in 2A.

Athy have grown used to finishing on the right side of tight games this season. That is a powerful tool for a deep cup run.

North Kildare were streaky on both sides of the ball against Skerries last week, motoring out to a big lead, giving up 19 points straight and then finding their rhythm again.

It was the sort of performance to give coaches Jack Hurley and Niall McCann something to stew on.

The classic pursuit of 80 minutes of consistency will be helped by an improvement in the lineout where loose forwards Tom Satchwell and Colm Ó Searcaigh are capable operators.

Full-back Jack Gartland is at his best coming into the line and taking care of the high ball, while centre Daithi Murphy is an important part of the plan to play on the front-foot. 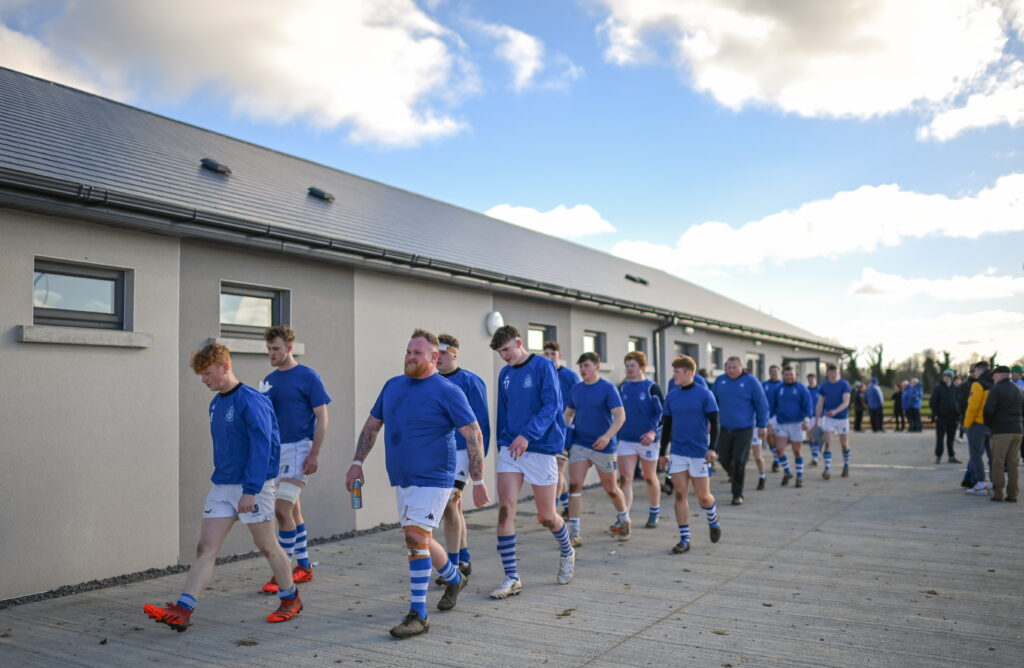 Ashbourne have won the Junior 1A League twice in recent years together with massive accolades, such as the Provincial Towns Cup and Plate, and three All-Ireland Junior Cups.

This is underpinned by seasoned veterans such as hooker James McCaghy, the charismatic Wall brothers, Alan and Jake, lock Sean Kent and scrum-half Gavin Kennedy, all led by openside and captain Sean McKeon.

Conor Hurley is a sight to behold with ball-in-hand whether operating from the engine room or as a freelance artist in the back row.

Naas were impressive in how they handled Wicklow 39-33 after extra-time in the first round.

It will either stand to them as a reference point for their character or, perhaps, have a draining effect going into the final quarter just seven days later.

The work rate, physicality and intelligence of their second rows Cillian Dempsey and Colm Gorry in the engine room is something the rest of the pack draw on.

Scrum-half Tim Murphy is a real game-changer and centre Cillian O’Brien is a lockdown defender with an eye for a gap.

The tradition of Tullow is based around a belligerent set of forwards, who like nothing more than to drag opponents into the trenches at Blackgates.

The challenge of Dundalk is a considerable step up from New Ross last week where the Carlow club came away with a narrow 33-30 victory.

Flankers James O’Brien and Jack McDonald are the type of players who make Tullow tick in behind natural leader Scott Caldbeck. 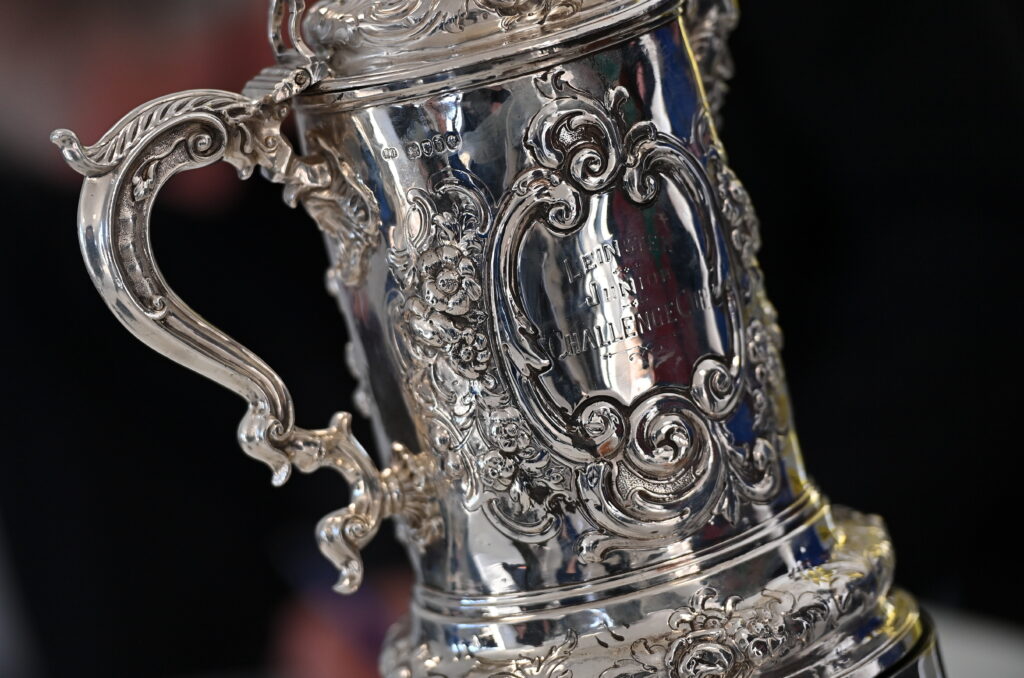 John Hambridge is their main man at the lineout and around the restarts as a source of possession for out-half Paul Canavan with Ryan O’Neill a major influence on the three-quarter line.

The Dundalk coaching ticket is made up of former club players aligned in their vision to bring the club right to the top of junior rugby in Leinster.

Winning the Towns Cup is seen as an integral part of that journey. It is a big focus every season for Dundalk, having not won it since 2011.

The backline organiser is inside centre Johnny Williams, a member of the 2011 team that beat Tullamore in the final.

He is joined by his brothers Robbie, Derek and Andrew, who each know the others’ game inside-out.

The family thread continues in the forward pack where their cousin Conor at prop acts as a main driver in the front row.

Captain and No 8 Tiernan Gonnolly is also Leinster’s Club Community Rugby Officer in the area.

Tullamore player/coach Rob Connor will have to settle for a role on the sideline at Spollanstown due to injury.

It was a bruising battle in Arklow. So much so that Connor decided to limit preparation to just one session on Thursday night.

This second round encounter is also doubling up as the Midlands League final, not that it needed another reason to bring the best out in players.

Captain Cormac Moloney was terrific in the centre last week for the Offaly club and Sean Flynn, in his second year in adult rugby, is a young, improving forward.

Mullingar hope to have full-back Sean Rock and centre Alan Brabazon coming back into contention to start as other options around Anthony McGivney.

The former Ireland U-18 Clubs talent is really blossoming in the centre as the primary attacking weapon for his club.

The way they handled Enniscorthy last week spoke volumes for the efficiency of the forwards, second row Daryl Quinn playing a central role in using his experience from over 150 matches for the club.

The basis for that was the set-piece authority of the forwards allied to the organisation and cohesion of an aggressive defence.

Newbridge made light work of Midland Warriors (59-3) in the first round as a nice blowout for a more difficult, but manageable tie at home to Clondalkin.

They will be without the services of Liam McGovern, who suffered a season-ending injury last week.

On a positive note, the Kildare club welcomes back player/coach Robbie Waters, No 8 Tom Treacy and centre Denis Clarke.

So much of what Newbridge does well goes through the hands and feet of their out-half Donal Cashman, a solid kicker and game manager with an eye for a gap too.

Clondalkin makes just one change from the side which put one over on Portlaoise last weekend.

Thomas Ankers is possibly the most important piece of their jigsaw and the scrum-half returns to take a place.

The problems Portlaoise caused up-front should be good preparation for Division 2A Newbridge, who won six of seven at home in the league this season.

In fact, Clon’ will be joining their Kildare opponents in 2A next season as they finished at the bottom of 1B from one win in 14.

The draw for the next round of the Towns Cup will take place in Rosetown after the game. 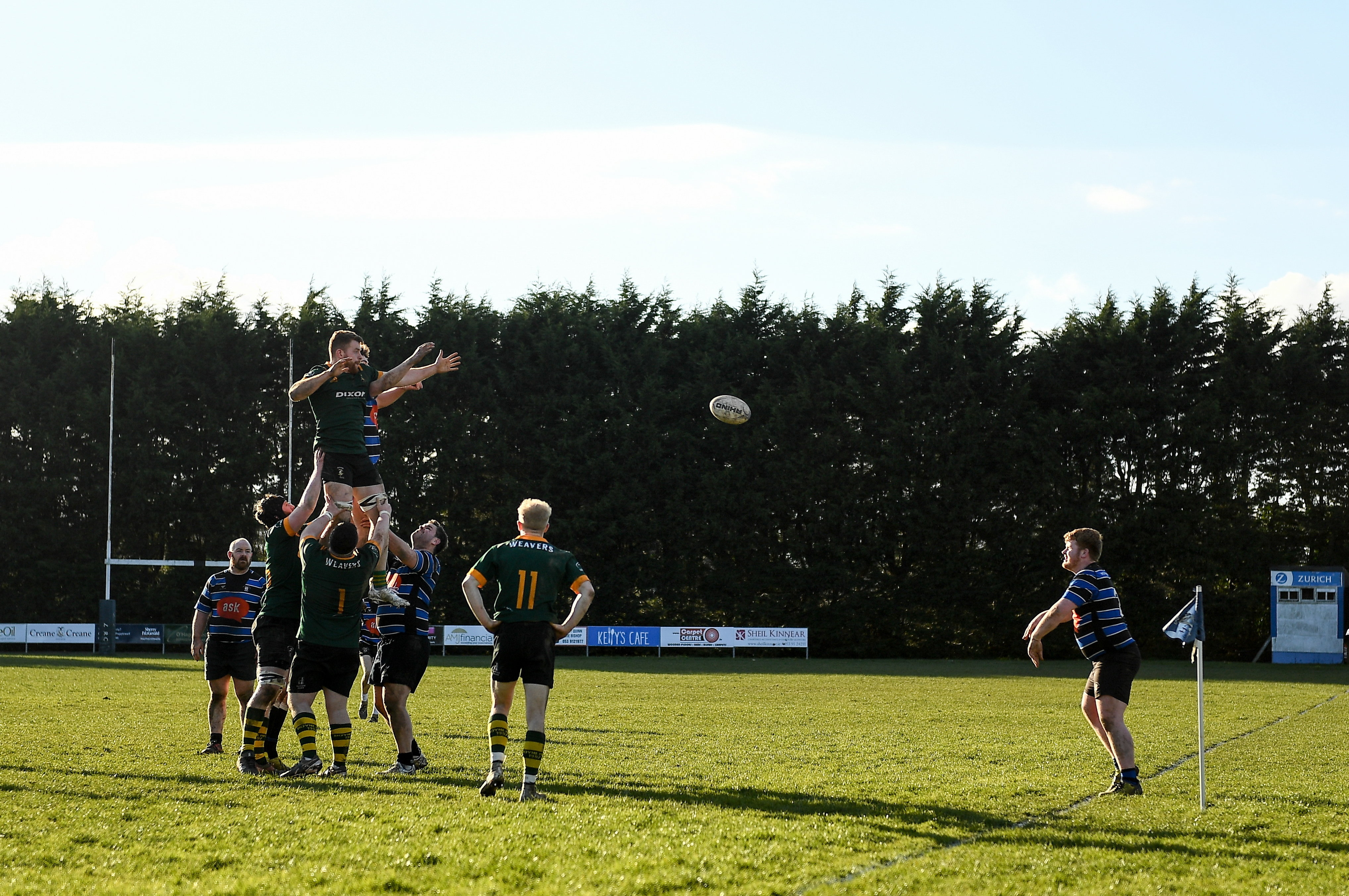 The club looks forward to the draw every year with great excitement and views it as the primary competition in motivating players, management and supporters.

The allure of the Towns Cup is captivating, not just for the quality and intensity of the fixtures, but the history and the stories that come with it.

The north Wexford club will be led by the experience of captain Daragh O’Leary, at the helm of a very young and exciting squad of players.

Head coach Phil de Barra and forwards coach Jason Emery will be eager to turn an average season in the league into something special in the cup.

On paper, Boyne were able to cope with Wexford Wanderers with a degree of comfort in a high-scoring (48-22) encounter.

Back home at Shamrock Lodge, coach Victor Ball has observed how they were not quite where they needed to be, especially in their work without the ball.

Defence is a mentality, a desire to be physical and accurate into contact, and captain Collie Joyce-Ahearne will be tasked with leading the implementation of Ball’s instructions on the field.

As long as Boyne can bring their work without the ball up to match that of their attack, good things will happen.