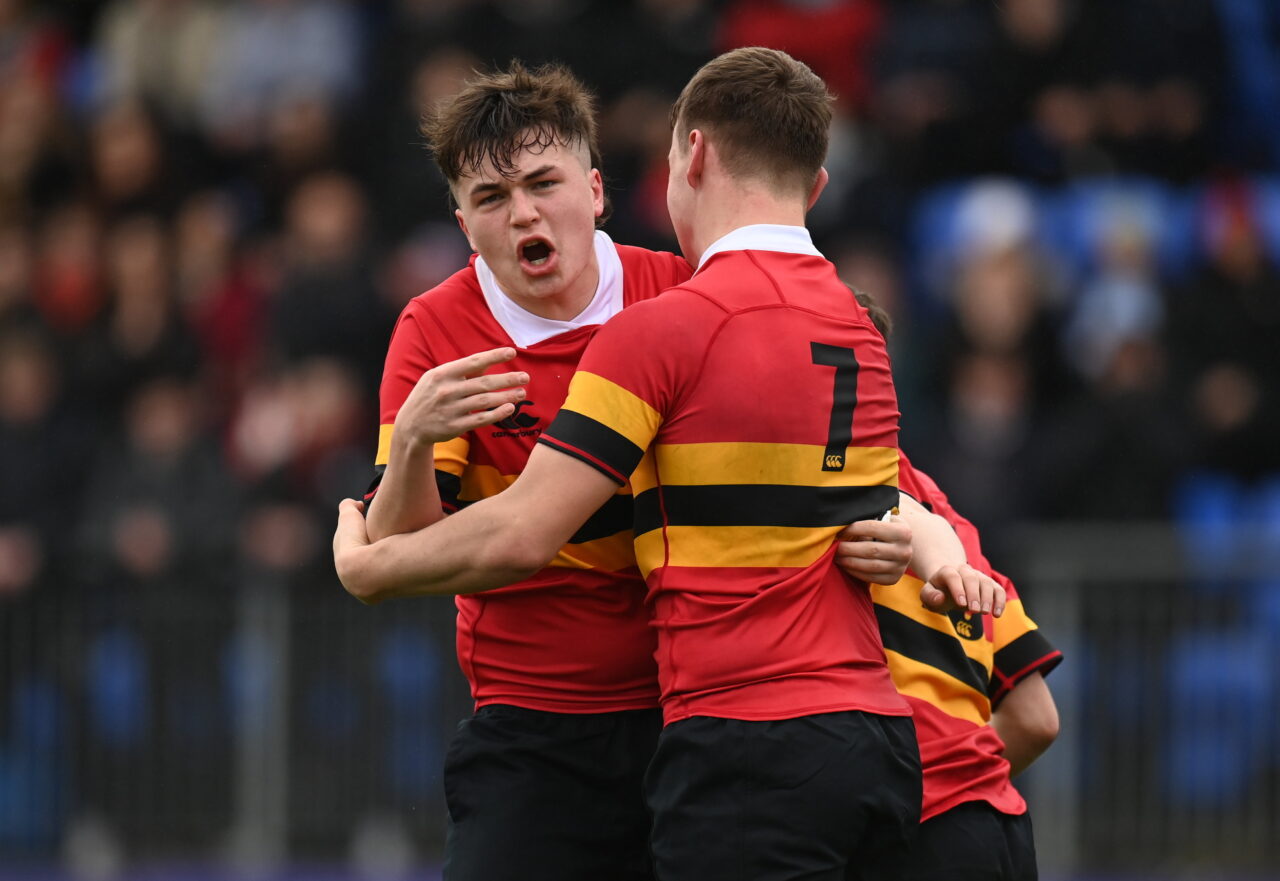 The Bank of Ireland Leinster Rugby Vinnie Murray Cup has reached its penultimate stage with both semi-finals taking place this week.

As well as a place in the final, these four will also have their sights set on one of the two remaining spots in the first round of the Bank of Ireland Leinster Rugby Schools Senior Cup.

Ciaran Bolger will be back on the bench for St Fintan’s High School for the first time this season in the semi-final.

The Leinster U-19 second row dislocated his shoulder in training with the province last summer and has been passed fit to play, taking contact for the first time just three weeks ago.

However, flanker Shane O’Donovan has been ruled out, also with a dislocated shoulder, This will cause a reshuffle, Daniel de Brun getting a start on the wing.

Coach Bru Amerlynck was pleased at the way his boys turned a 30-point league defeat to Skerries into a convincing 34-7 victory in the quarter-final.

The Sutton school improved considerably from the first round, finding their rhythm to stress Skerries with their width in what was their best performance of the season. 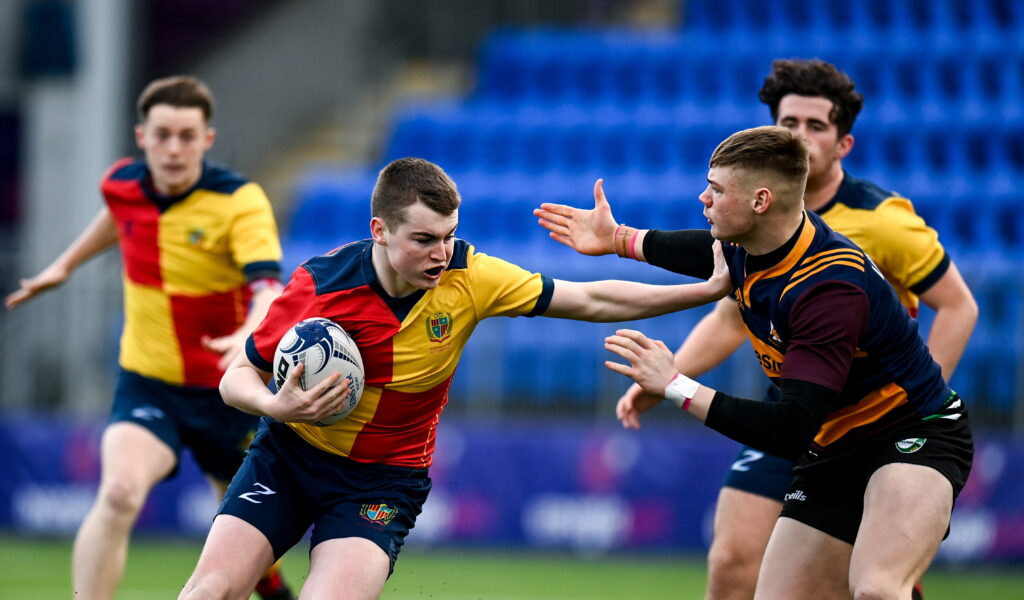 CBC Monkstown has a real match-winner in David Finnegan, the wing picking up no less than five tries in the 50-13 rout against The High School in the quarter-final.

It was impressive how they stayed patient, when going behind in the first quarter, eventually using their bulk to bully the Rathgar school.

James O’Donoghue is a scrappy half-back to go beside their playmaker Charlie McLoughlin, originally thought to be an injury concern before the quarter-final.

The winners will be given a shot at Terenure College in the first round of the Senior Cup next week.

Temple Carrig are showing a commendable level of consistency, since bursting onto the senior scene as recently as 2020.

They are counting the cost of three quickfire matches to get to this point, even though they have shown no outward sign of fatigue.

Temple Carrig have not been able to play the same team in back-to-back matches, using 35 players between the league and cup this season.

The cup cauldron has been embraced by a competitive pack of forwards, the back row of Max Scully, Tadhg O’Donnell and Adam Williams leading the charge. 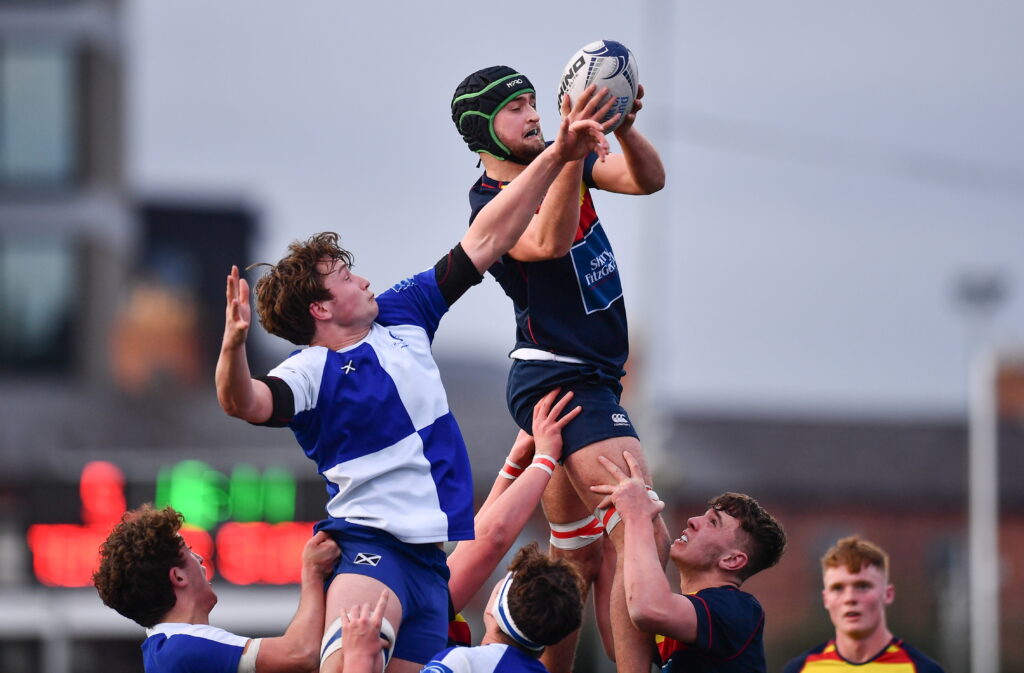 Out-half Oisin Shanahan’s decision-making has been critical in general play and centre Chris Stewart’s all-round effectiveness in carrying and passing has been something to lean into.

Catholic University School were good value for their 11-point defeat of The King’s Hospital in the quarter-final.

Hooker Lucas Maguire and captain Andrew Tonge are important to their go-forward ball.

In the league, CUS had the better of their encounter, although this is no guarantee of success at this point in the season.

Their greatest strength is the backline where centres Stephen Ryan and Rian Treacy set the tone, wing Matthew Clarke is a smart finisher and full-back Jack Grant a dangerman.

There is something about the kicking game of scrum-half Garrett Phelan which could be a weapon in a tight-affair.

The winners will be guaranteed a place in the Senior Cup first round where they will play St Mary’s College.

Information on tickets for Schools Cup games can be found here.