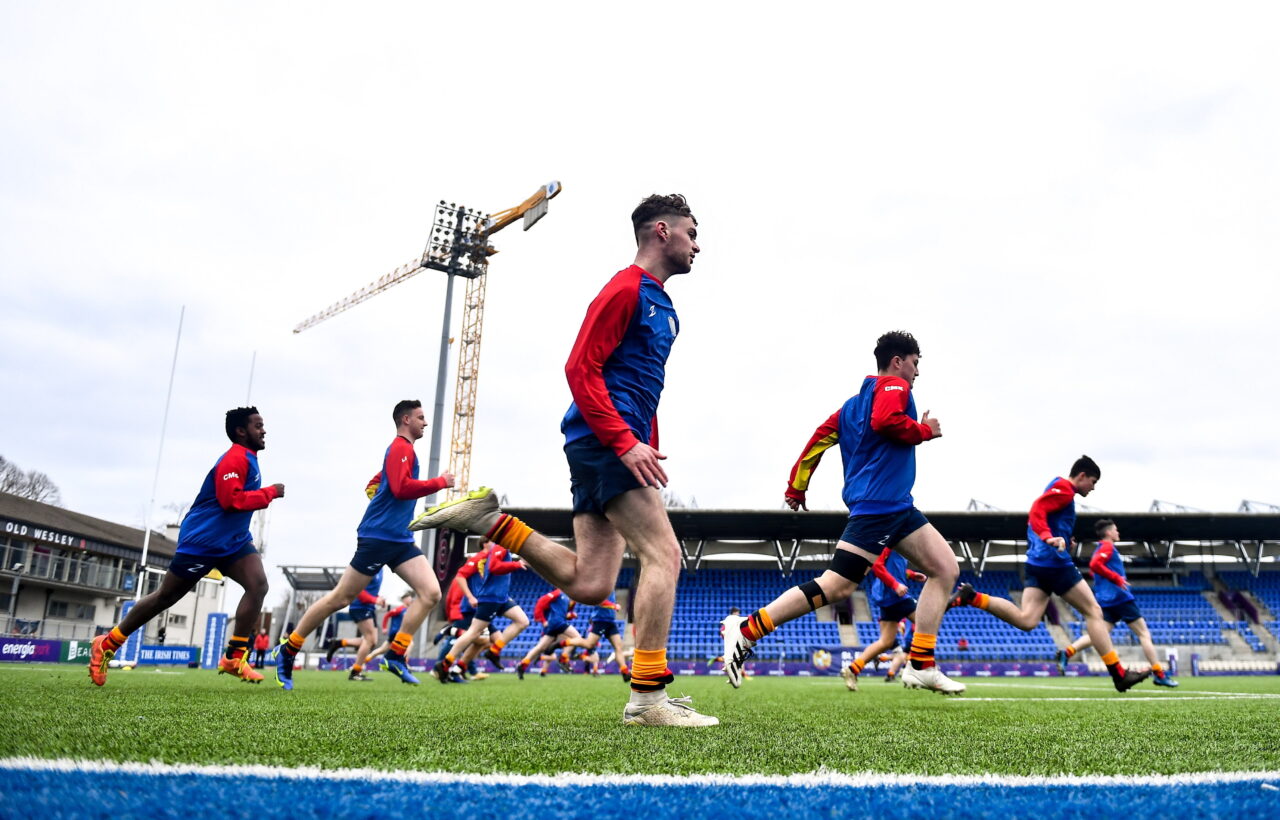 There are three quarter-finals and one first round replay down for decision in the Bank of Ireland Vinnie Murray Cup this week.

CBC Monkstown and The High School are paired together in their first match, while Skerries will have the same experience following the late withdrawal of Ardscoil na Trionoide from the first-round last week.

Temple Carrig School and St Andrew’s College will meet again after there was stalemate in their first encounter when St Andrew’s tightehead prop Jude McCrea forced an 18-all draw with a last-minute try.

As is so often the case, this replay will be all about which school has learned the most from last week.

The contrast in styles is great. Temple look to move the ball at every opportunity through their half-backs Patrick Wedgeworth-Byrne and Oisin Shanahan.

For this to happen, their front five has to ruck low against the size and strength of their opponents, the back row of captain Calum Sweeney, Tadhg O’Donnell and Tim Hayden ready to join the back division in the wide channels.

The Booterstown school will rely more on structure and their heavier forwards to clear a path to the quarter-finals. 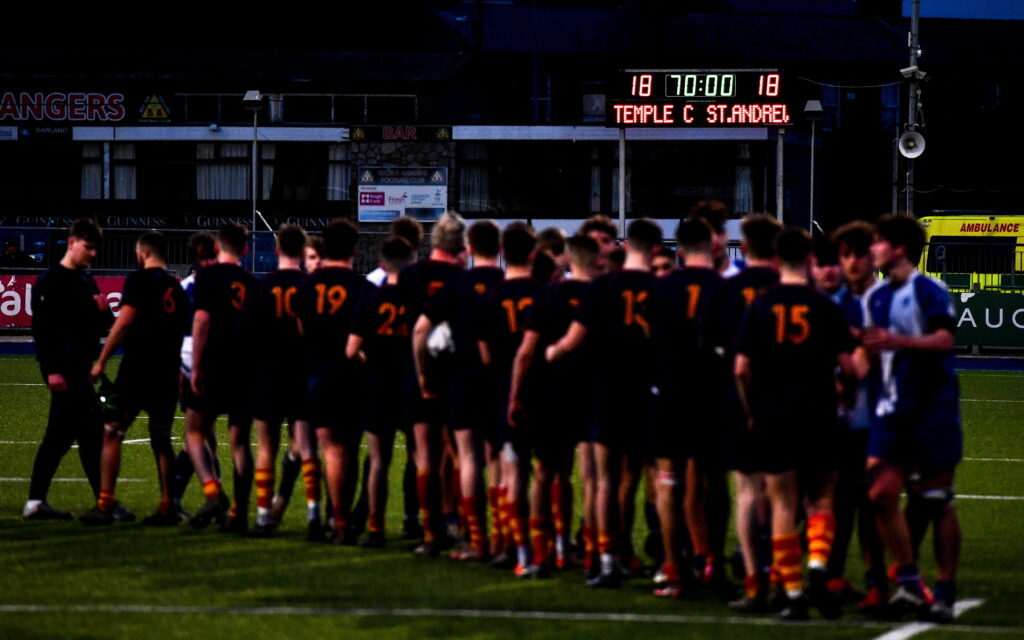 In this regard, captain Tom O’Brien will look to get over the gain line, along with McCrea, Matthew Thompson, Jack Bourke and Moss Simington.

The winner will progress to meet Gorey Community School in the quarter-final.

CBC Monkstown and The High School, beneficiaries of byes, have had to wait a week to show what they can do, stepping straight into the quarter-final.

CBC have had to deal with more than their fair share of impediments, the loss of experienced playmaker Charlie McLoughlin to a dislocated shoulder chief among them.

Captain Carl Byrne, Harry O’Neill and Hugh Bourke are impactful forwards, who have the sort of competitive nature to make Monkstown front-runners at this level.

David Finnegan and James O’Donoghue are capable operators in the backline, key in turning solid possession into points.

After a challenging start to the season, the squad was fortified with the returning junior squad players, led by Liam Guckian.

The High School will undoubtedly look to their captain Luke Hardy for leadership.

A very good footballer, he has worn every jersey from 10 through to 14 for the senior team.

He was a part of the senior team that made the semi-final stage of the Vinnie Murray Cup in 2020 and his experience, skillset and example will be key to his side’s chances of progression.

Elsewhere, in the backline, scrum-half Andrew Whyte will look to control the game and light-footed wing Louis O’Neill can find space in a telephone box.

The boot of full-back Matthew Gillis offers an interesting threat with the new 50/22 rule in play for the competition.

The pack will look to give the back division a good platform to attack from. Central to that plan will be the work of tight-head prop Mark Whelan in carrying in the loose and establishing dominance at the scrum.

Hard-working flanker Chris Chong will leave no blade of grass uncovered in order to secure or recover the ball for HS.

St Fintan’s might just be favoured to slip past Skerries in Tuesday’s second game at Energia Park.

Certainly, they will be battle-hardened from a 14-8 test of their mettle from Wilson’s Hospital in the first round.

It was encouraging to note how the Sutton school dealt with adversity in going behind early on and staying in the fight when under pressure.

It was the opportunism of Matt Linehan that caused a turning of the tide, the captain’s two tries enabling them to come from behind twice to register a confidence-boosting victory. 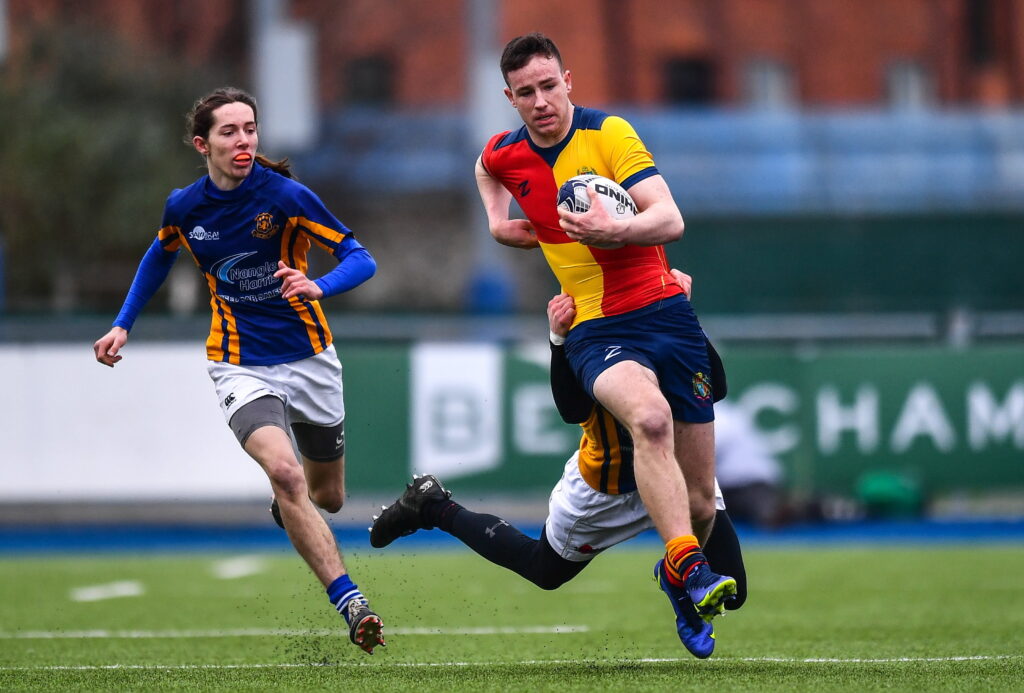 Out-half Conor Cribbin’s control will be pivotal in how successful St Fintan’s can be in moving Skerries around.

Their penchant for going to width has to be tempered with picking the right moments to kick for position, together with holding the line in defence.

The north Dubliners were awarded a first round bye from Ardscoil na Tríonóide so have been made to wait for their maiden outing in the cup this year.

There is big-game experience in the shape of Leinster U-19 Tom Grehan and loose forward Josh Ericson.

But, Skerries has had to deal with a cluster of players moving between schools and club rugby, something that can work to their advantage.

CUS will be last out of the starting blocks against The King’s Hospital on Wednesday.

The Leeson Street school’s new head coach Marc Adams’ goal is to develop a high paced, off-loading style of play based around a mobile pack and a backline with pace and power. 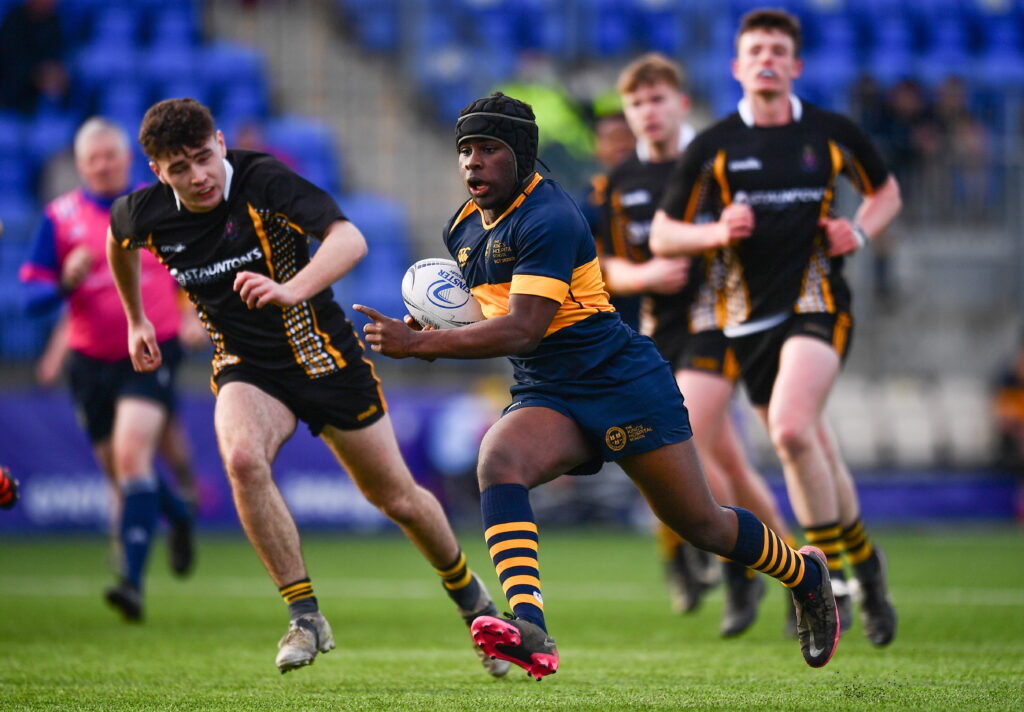 The back row of captain Andrew Tonge, Lucas Sherwood and Hugh Quigley has performed very well this season.

While the tight five has Leinster U-18 hooker Lucas Maguire as its arrowhead with back-five forward Samuel Byrne also prominent.

The backline is marshalled by out-half Harry Lynch, feeding the ball to hard runners like full-back Jack Grant and centres Stephen Ryan and Rian Tracey.

CUS have presented problems to all the schools they have played this year, losing narrowly in three Leinster League outings.

The work ethic of the team is impressive with strong commitment in training rewarded with positive performances on the pitch.

Hos’ will come into this from a position of strength, having blown out St Patrick’s Classical School (45-7)  in the first round.

They have key indicators of performance in captain Harry West, a central plank to their overall strategy in the centre.

The back row of Saul Nicholson, Oluwatoni Lawal and Josh Lloyd is a real energy setting unit that sets the tone in attack and defence.

Coach Joe Walsh will not be entirely sure of where they are, in terms of peak performance, because St Patrick’s did not offer enough resistance.

Still, it is an advantage to have played one round, reflected on what can be done better and proceed accordingly.