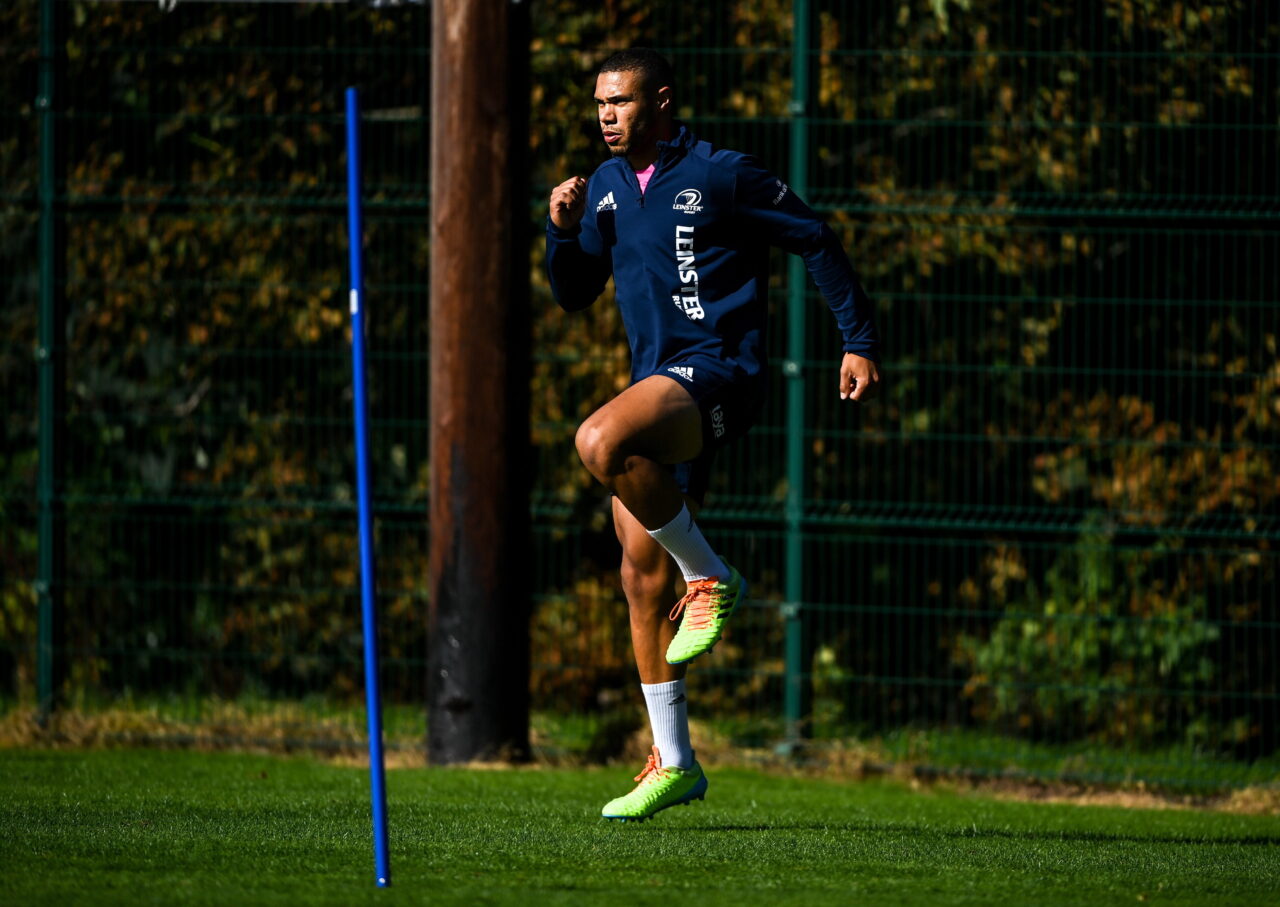 The Leinster Rugby team, proudly sponsored by Bank of Ireland, to face Zebre Parma in Round 3 of the United Rugby Championship tomorrow in the RDS Arena has been announced by head coach Leo Cullen (KO 1pm, LIVE on RTÉ Sport, Premier Sport and URC TV).

Tickets for the game are still on sale HERE with capacity for the game capped at 75 per cent of the RDS Arena total.

The guidelines remain the same as were in place for the Vodacom Bulls game at Aviva Stadium two weeks ago under the 75 per cent capacity guidelines. Luke McGrath will captain the side for the first time this season, and there are a number of changes to the XV that beat Dragons away from home last week.There is a new back three this weekend. Jimmy O’Brien makes his first appearance of the season at full-back, with Adam Byrne on the right wing and Jordan Larmour back from injury on the left.Byrne is also back from a number of significant injuries and it is his first involvement with Leinster since December 2019 when he started against Munster.It’s a new centre combination this week also with Skerries man Ciarán Frawley in the number 12 jersey and Naas RFC’s Jamie Osborne outside him. 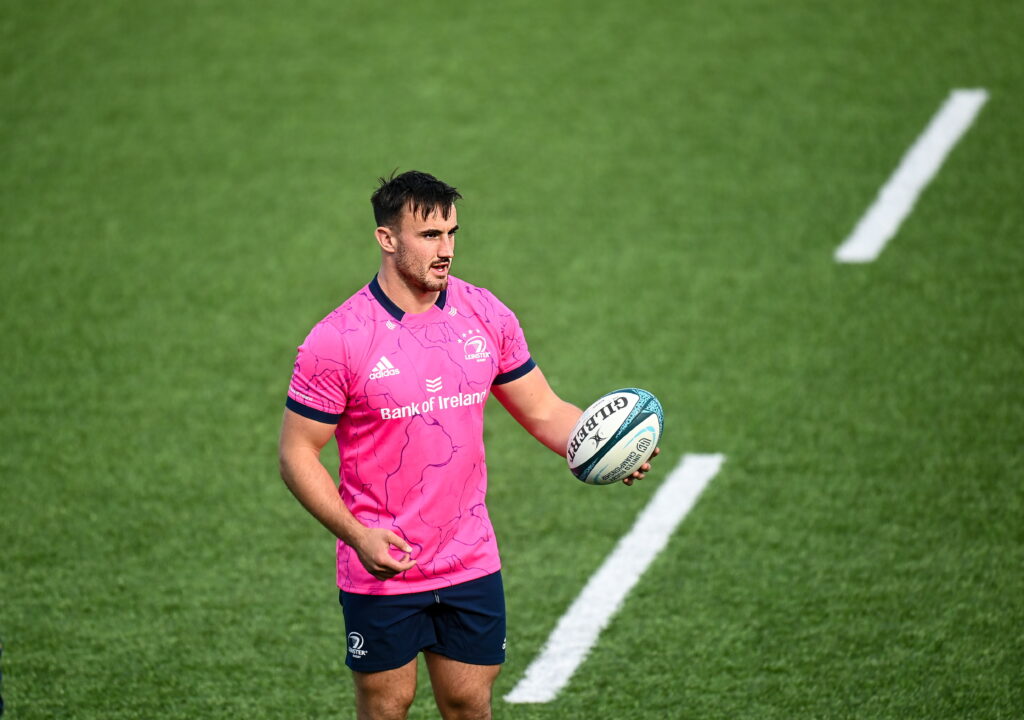 McGrath is partnered by Harry Byrne who returns from a minor foot injury to start his first game of the season.In the pack, Ed Byrne and Seán Cronin come in this week but it’s a third start in-a-row for new signing Michael Ala’alatoa who will experience the RDS Arena for the first time.Devin Toner is involved in a match day 23 for the first time this campaign and starts in the second row alongside Ryan Baird.In the back row, Dan Leavy starts his first game of the season, as does Scott Penny, with Rhys Ruddock retained from the starting XV last week but moving from blindside flanker to No 8 for tomorrow’s game. On the bench, Rónan Kelleher is back involved with Leinster for the first time this season having toured with the British and Irish Lions to South Africa during the summer. ​​Leinster Rugby (caps in brackets):15. Jimmy O’Brien (35) 14. Adam Byrne (57)13. Jamie Osborne (7) 12. Ciarán Frawley (37) 11. Jordan Larmour (62) 10. Harry Byrne (24) 9. Luke McGrath (152) CAPTAIN 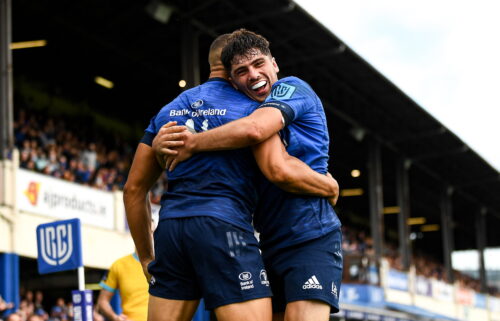 Gallery: Leinster Rugby claim 43-7 win over Zebre on return to the RDS 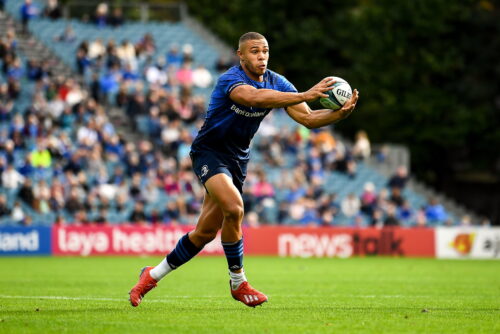 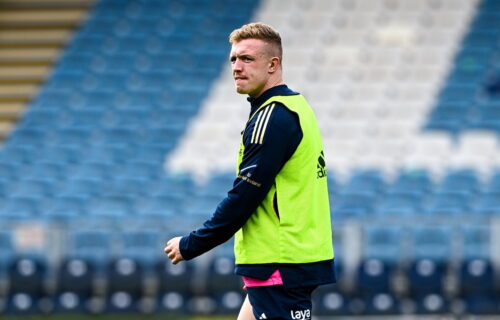 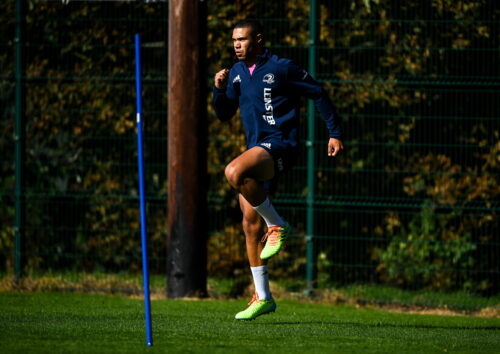 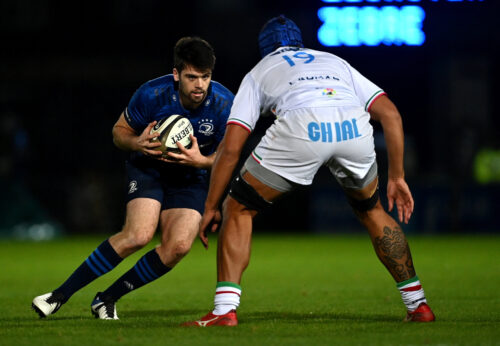 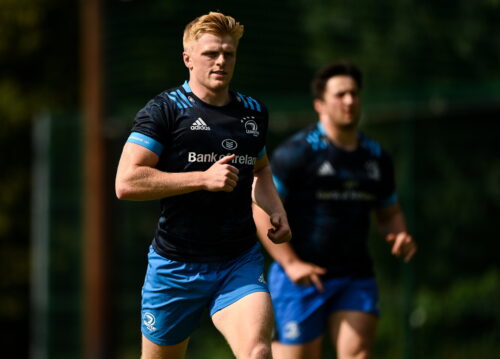