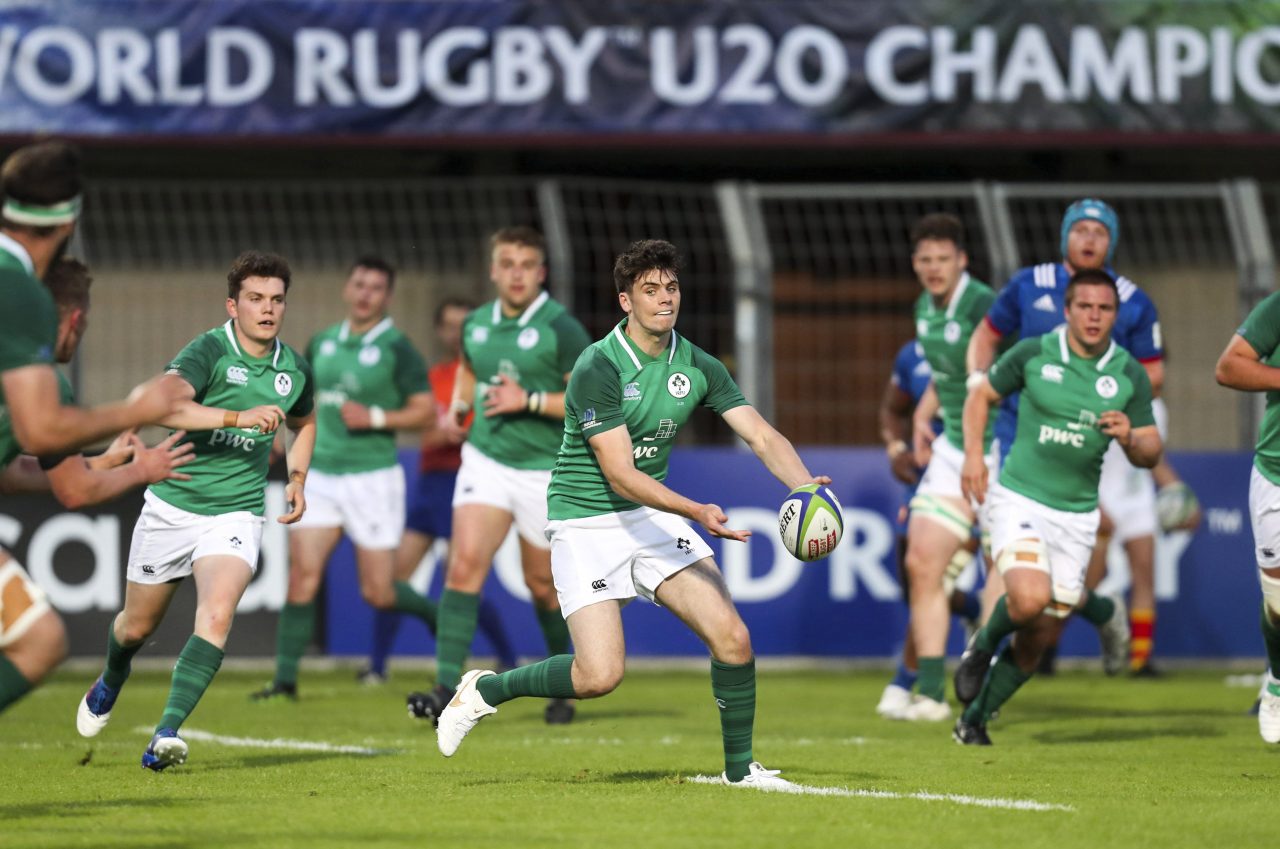 Leinster’s Michael Silvester, a try scorer against South Africa, and Harry Byrne, who scored 16 points during the Pool C campaign, return at full-back and out-half respectively, with the rejigged back-line seeing centres James Hume and Tommy O’Brien move to the wings, and Sean O’Brien and Peter Sylvester pair up in a new midfield combination.

Dublin University tighthead Joe Byrne, who made his Ireland U-20 debut off the bench against the French, comes in for his first start, joining Jordan Duggan and Diarmuid Barron who have been ever-present in the front row throughout the tournament.

Matthew Dalton and Jack Dunne are retained as the second row pairing, while Ulster duo Joe Dunleavy and Matthew Agnew resume alongside captain Caelan Doris, as the starting back row from the France and South Africa matches is restored.

As the Ireland U-20s chase a win to secure their World Rugby U-20 Championship place for next season, McNamara said: “We had three tough pool games and while there were lots of positives to take from the games, unfortunately they weren’t reflected on the scoreboard.

“Scotland will present another big challenge for the team. Having played them in the Under-20 Six Nations earlier this season and also in a warm-up fixture in Edinburgh ahead of this tournament, we know what to expect from them.”

The winners of Tuesday’s clash, which will be broadcast live on eir Sport 2 in Ireland and online in non-geo blocked locations via World Rugby’s Facebook page and website, will face either Georgia or Japan next Sunday. For more information on the tournament, click here.