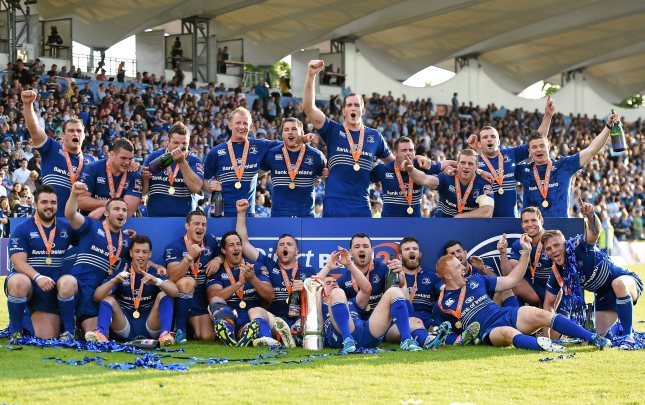 Official dates and times have been confirmed for the first 13 rounds of the new Guinness PRO12 season.

PRO12 Rugby have announced the dates and kick-off times for the first 13 rounds of fixtures in the Guinness PRO12, with Leinster beginning the defence of the league title against last season’s defeated finalists, Glasgow Warriors, in Scotstoun on 6 September at 5.15pm.

The first home fixture of the new season will be on 13 September against Scarlets, kicking off in the middle of the afternoon at 2.40pm in what is sure to be packed RDS as supporters welcome the PRO12 champions home after the summer break.

The Scarlets match will be followed by the first interprovincial derby of the season away to Connacht on Friday evening, 3 October, at 7.35pm. Following that, Leinster will play two home games in succession. Cardiff Blues will travel to the RDS on 26 September before Leinster head to the Aviva Stadium to face Munster.

Leinster won last season’s Aviva clash against Munster by a score of 22-18. Brian O’Driscoll’s final try in a Leinster jersey proved to be the decisive factor in a close match which also saw Ian Madigan kick five penalties and a conversion.

After the match in the Aviva Stadium against Munster, Leinster will travel to face Zebre before the PRO12 takes a break for the Champions Cup.

After the Autumn International series of matches in November, Leinster return to PRO12 action away to Benetton Treviso on 23 November and then face Ospreys in the RDS on 29 November.

Leinster will take on Connacht in the RDS on 19 December to begin a busy festive period which will see the boys in blue travel to Thomond Park on St. Stephen’s Day for a 5pm kick-off, and then face Ulster in the RDS in the first home game of the new year on 3 January.

The final confirmed fixture will be a round 13 game away to Cardiff Blues on 10 January, which will be followed by a break in PRO12 action until Valentine’s weekend.

Leinster’s pre-season preparation continues in the coming weeks with a trip to Franklin’s Gardens on 23 August for a friendly match with Northampton Saints.

That will be followed by a friendly in Tallaght Stadium against Ulster on 30 August. Click here to get your tickets for this game.

Support Leinster in this season’s home PRO12 and European Champions Cup fixtures and get your 2014/15 Season Ticket here.