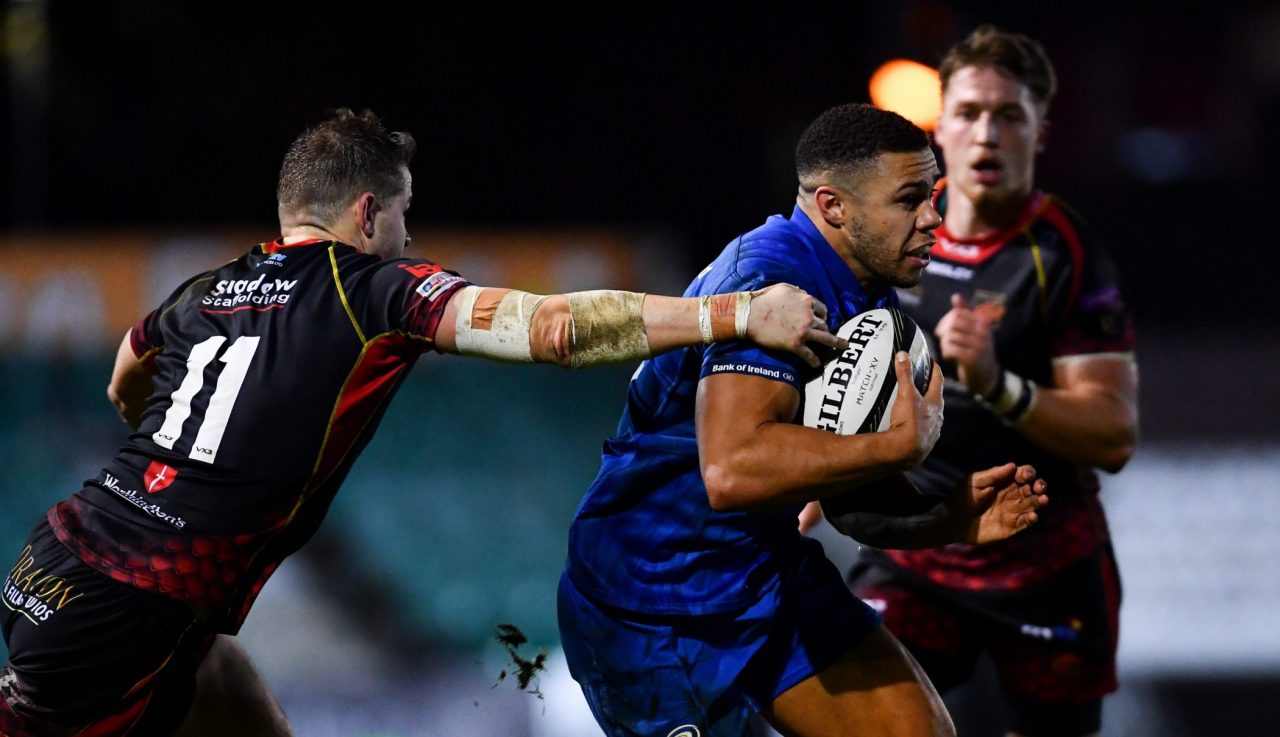 Leinster Rugby racked up nine tries on the way to a big victory over Dragons on Friday night in Rodney Parade in the Guinness PRO14.

Making his first start for the senior team following a debut as a substitute against Ospreys, Jimmy O’Brien dotted down twice while Hugo Keenan also got his first points.

Dave Kearney twice got on the end of cross field kicks from Ross Byrne to touch down while both Scotts (Penny and Fardy) got their second try in as many games.

Caelan Doris and Bryan Byrne were also on the score sheet.

20-year-old Paddy Patterson came off the bench against Dragons to become the latest debutant from the Leinster Academy.

Next up for Leinster is a double-header against Bath in the European Champions Cup followed by the inter-provincial series over Christmas.

Tickets are now on sale for Leinster Rugby’s European Champions Cup match against Bath Rugby in the Aviva Stadium on Saturday, 15 December. Join the roar and get your tickets now.