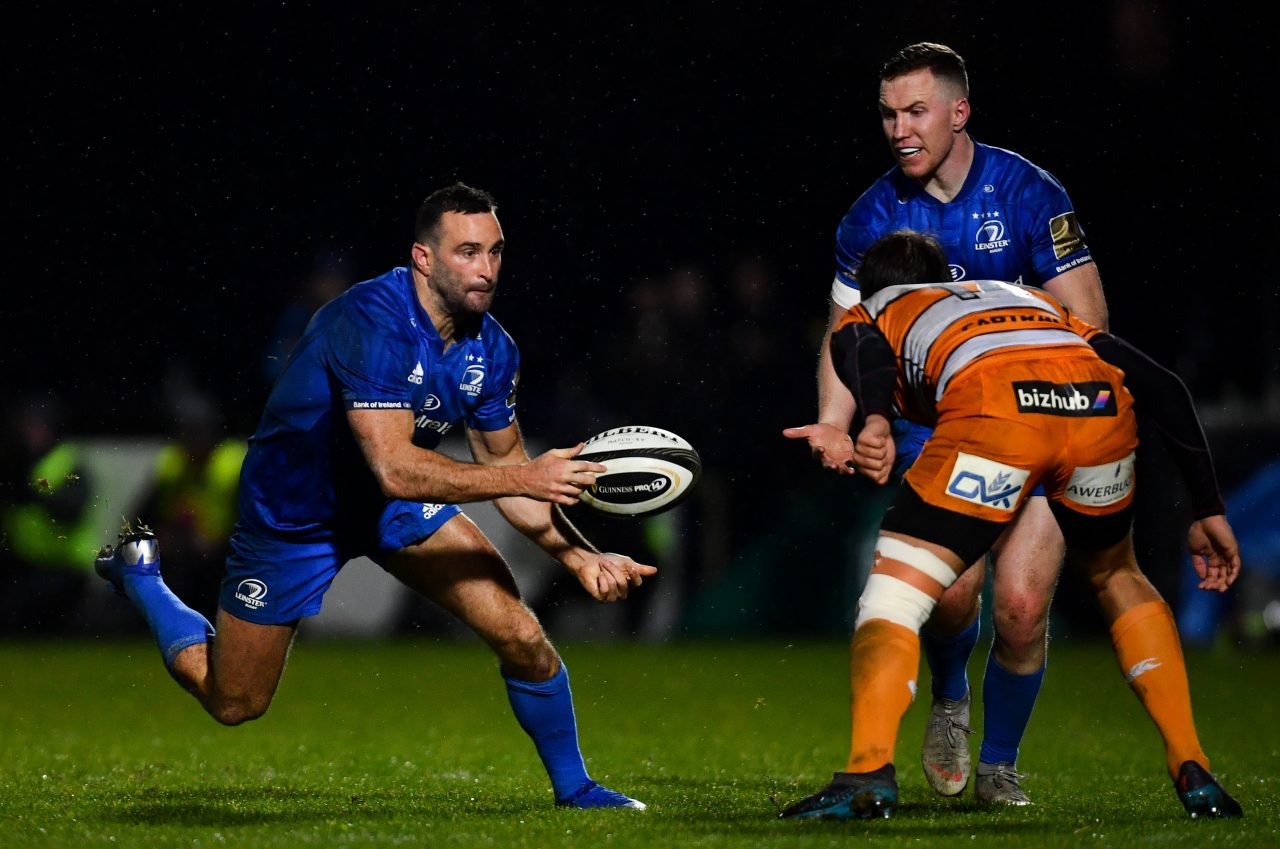 Leinster Rugby secured a home semi-final in the Guinness PRO14 with a 19-7 win over Toyota Cheetahs at the RDS Arena on Friday night.

On a miserable night for rugby, use of the boot was key and it was the men in blue who prevailed over their southern hemisphere opposition.

Conor O’Brien got the first points of the night, crossing the whitewash while Ox Nche was in the bin for a late hit on Fergus McFadden.

Cheetahs were soon back level through the clinical Rabz Maxwane, his 13th try in this year’s Guinness PRO14.

A well-finished effort in the corner from Adam Byrne put the hosts back in front at the break and Rory O’Loughlin put some daylight between the sides in the 55th  minute, cleverly finishing off his own chip kick.

Strong defending from Cheetahs in the closing stages prevented Leinster the bonus point but, nonetheless, the home semi-final is secured.

Leinster Rugby’s Heineken Champions Cup quarter-final against Ulster at Aviva Stadium is sold out but you can join the roar at the RDS Arena at two games next month.

First up is the visit of Benetton Rugby on 6 April, followed by Glasgow Warriors on 13 April. Tickets for both games are available here.