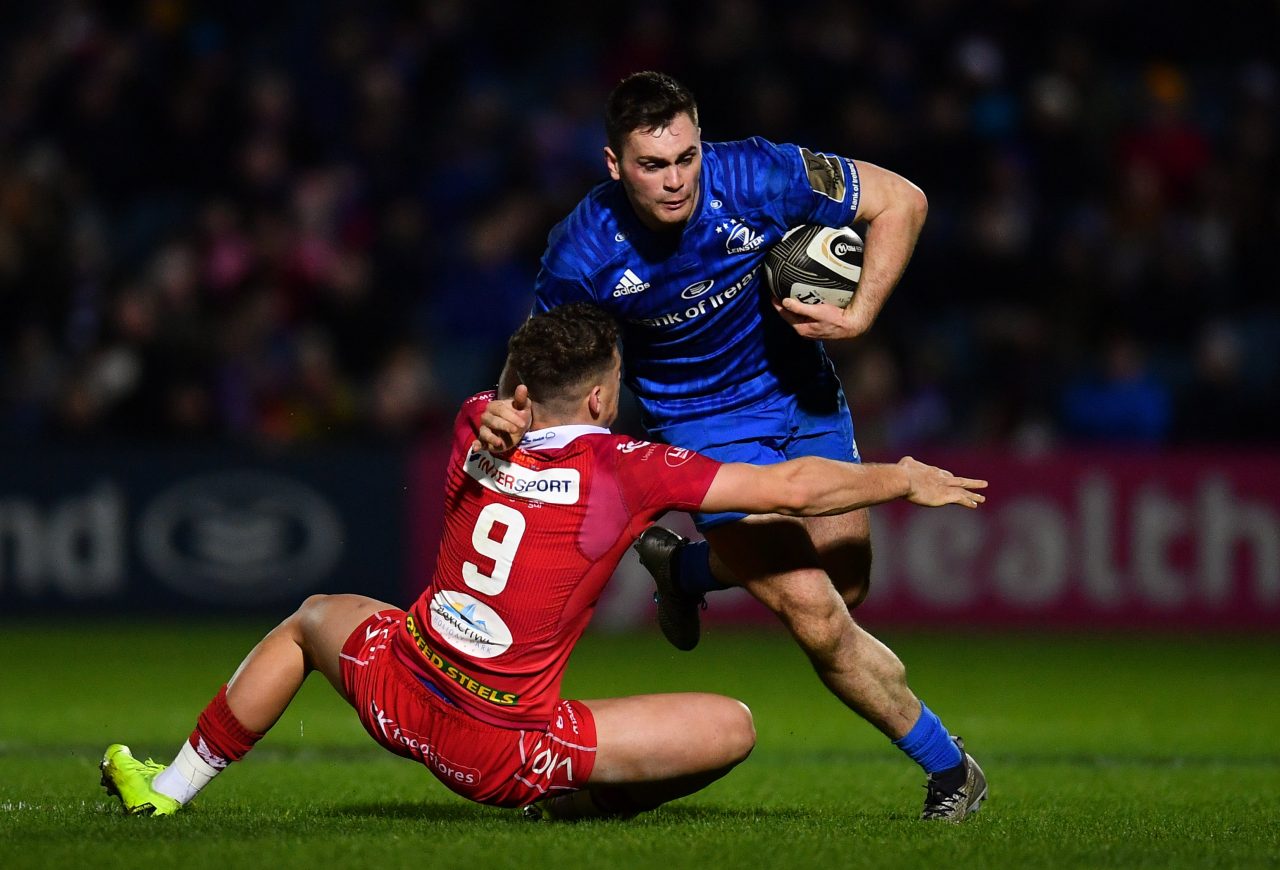 Leinster Rugby are now 21 points ahead at the top of Guinness PRO14 Conference B following a 22-17 victory over Scarlets at the RDS Arena on Friday.

The 15,007 spectators were made to wait half an hour for the first score, a penalty from the boot of Ciaran Frawley.

Scarlets had controlled the opening exchanges, spending a lot of time in Leinster territory, but failed to put any points on the board.

Rory O’Loughlin crossed for a try at the close of the first half, converted by Frawley.

Lively Scarlets scrum-half Kieran Hardy got his first of two tries in the 51st minute and Dan Jones added the conversion.

Jones levelled the game at 10 apiece with the boot just before the hour mark.

The returning James Lowe powered over in the corner to restore Leinster’s lead before Barry Daly latched on to a delicate kick from Noel Reid to touch down.

Scarlets weren’t finished, however, and another Hardy try made for a nail-biting few minutes before Daly was able to put the ball into touch, greeted by the full time whistle.

With the Six Nations beginning next weekend, Leinster will have to wait until 16 February for their clash against Zebre.