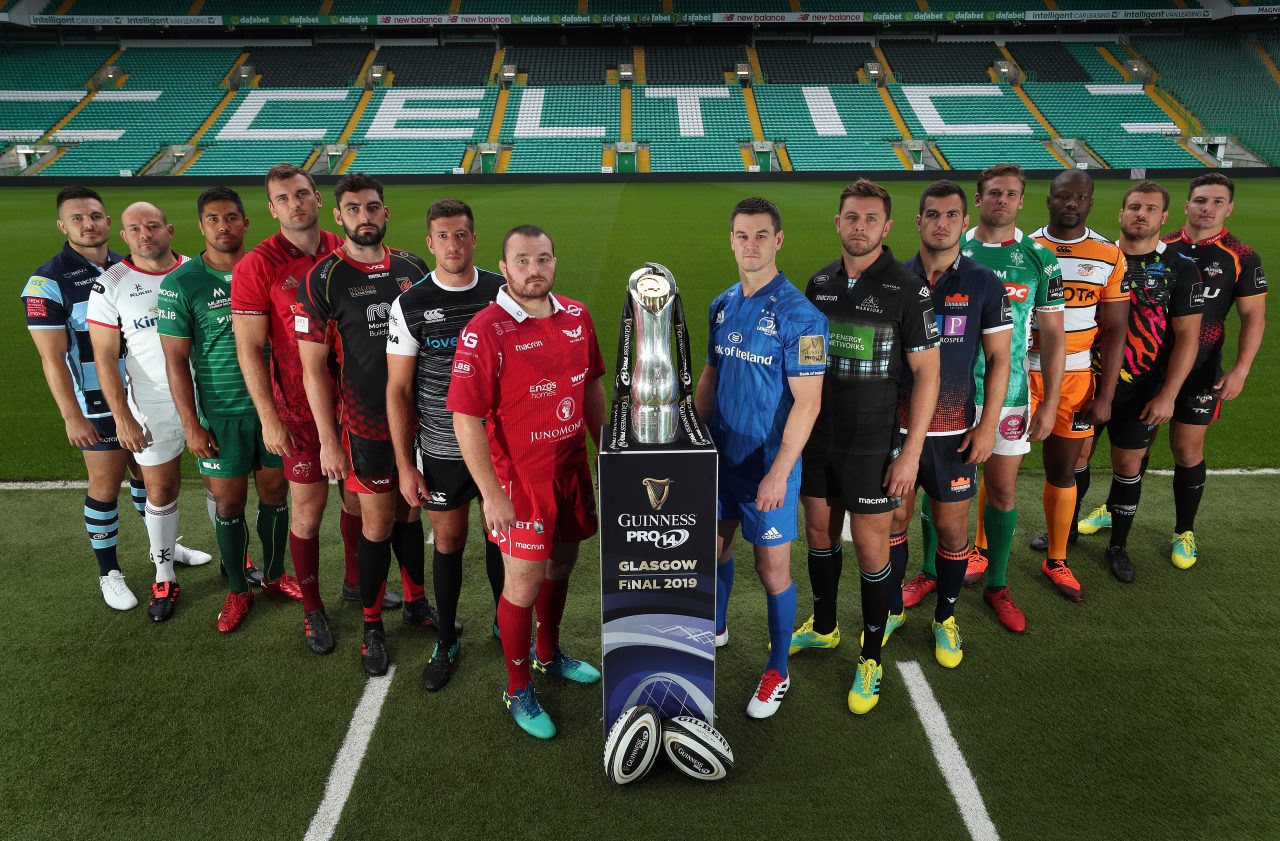 Rugby’s biggest names battle their way through the Guinness PRO14 Final Series to reach the dramatic showdown in Scotland on 25 May.

Tickets for the game are still available and with 11 teams still in contention for the six places in the Guinness PRO14 Final Series with four games to go, the title race promises more competition than ever before.

Premier Sports will act as host broadcaster for the decider which will take place in a non-traditional rugby venue for the very first time. The game will also be broadcast live across all Championship territories on eir sport and TG4 (Ireland), SuperSport (South Africa) and DAZN (Italy).

In addition, ESPN will broadcast the Guinness PRO14 Final across the United States while fans from over 140 countries and territories around the world will have access to view the showpiece event through global rights holders such as RugbyPass, DAZN, FloSports, Sky Sport New Zealand and Rugby TV (Georgia).

The oval ball takes centre stage at the home of Celtic FC which is one of the most iconic venues in the world of sport. Full information on the event and opportunities to access all ticket categories – including the Safe Standing Area and Youth Groups and Schools Tickets – can be found here.

Options are also available for those seeking out Hospitality experiences to make it an occasion that will last long in the memory.

The Guinness PRO14 Final is an event for all of the family and fans of every team from the Championship as the event that showcases the sport and the tournament itself.