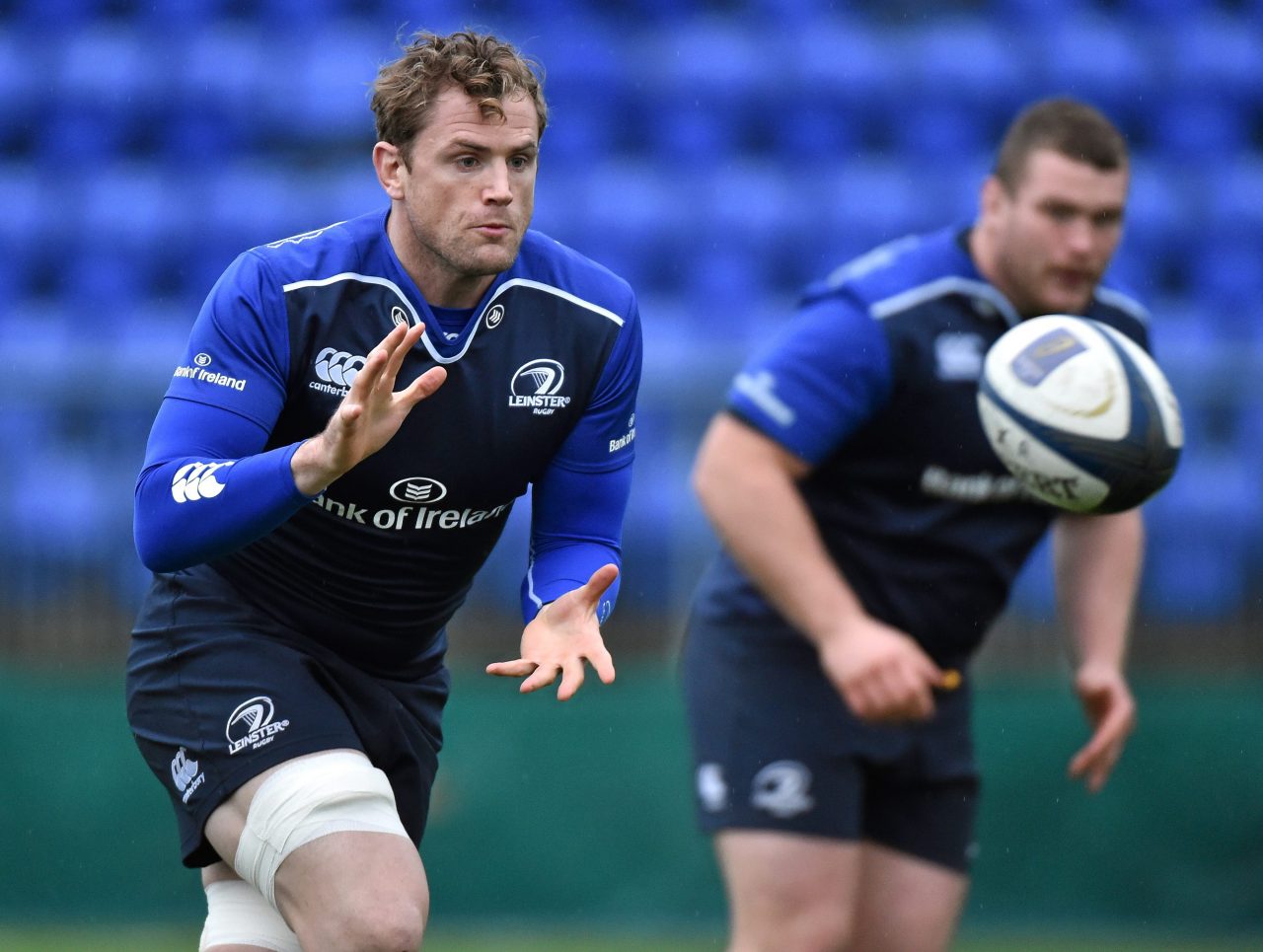 Ahead of this evening’s Champions Cup game against Toulon (Kick off: 5.15pm – Aviva Stadium) here’s a quick flavour of what’s to be found inside the official Leinster Rugby match day programme.

We caught up with Leinster’s number 8 Jamie Heaslip to get his views on all things Toulon plus his thoughts on two Leinster men with milestones at the Aviva later on today.

Mike McCarthy who will make his 300th professional club appearance and Kevin McLaughlin who will be formally introduced to the Leinster Rugby faithful before kick off to mark his recent retirement.

“300 caps is testament too to the guy [Mike] is off the pitch because you can’t survive for that long in professional sport unless you look after yourself off the pitch and do the right things at the right time.

“[Kevin] is one of the best professionals I have ever played with. So we will miss him and we will acknowledge him in our own way. It does hammer home though just how ruthless professional sport can be. It can be a contract not renewed or obviously in this case a sudden injury.”

We hear from Academy back Tom Farrell about which childhood superstition he retains to this day – but which one he has thankfully left behind…in the wash basket!

We also caught up with the recently retired club captain Kevin McLaughlin to get his thoughts about his career, his recent retirement and the wider issue of concussion ahead of a big day for him in the Aviva when he will be introduced to over 44,000 Leinster fans to acknowledge a stellar career in blue and of course in the green of Ireland.

“This issue of concussion has always been there but in the past people have said, ‘you’re grand, man it up and get on with it’ but I would like to think now with the work that Leinster are doing, the IRFU, IRUPA as well, that the information is getting through. You have to take this issue very seriously.”

We also get the lowdown on Rhys Ruddock, another Leinster man celebrating as he wins his 100th cap for the province.

Of course there is all the latest news from around the province including feature pieces on the Bank of Ireland Leinster Schools Cups and the Provincial Towns Cup draw, plus a feature piece on the great work being done at the Emerald Warriors to promote the game at the club.

Tallaght RFC Women’s team and Mullingar RFC are our featured clubs, while we catch up with Leinster Under 18 and Naas RFC player Mary Healy who tells us about her journey through the club game and into the provincial set up.

We have a special match report from December 1995 as we look back on the first ever European Cup game for Leinster away to Milan. The team from that day will be introduced to the crowd at half time today in the Aviva to acknowledge their achievements twenty years ago this month.

Finally we take a look back on Old Belvedere’s three in a row of AIL Women’s titles as they overcame UL Bohemians in the most dramatic of fashion!

The official match day programme is available inside the Aviva Stadium and for your €;5 you also get a free copy of the Irish Independent, which includes yesterday’s Leinster Rugby supplement…so that’s exclusive content with Jamie Heaslip, Kevin McLaughlin, Tom Farrell, Fergus McFadden and Devin Toner for just €;5!