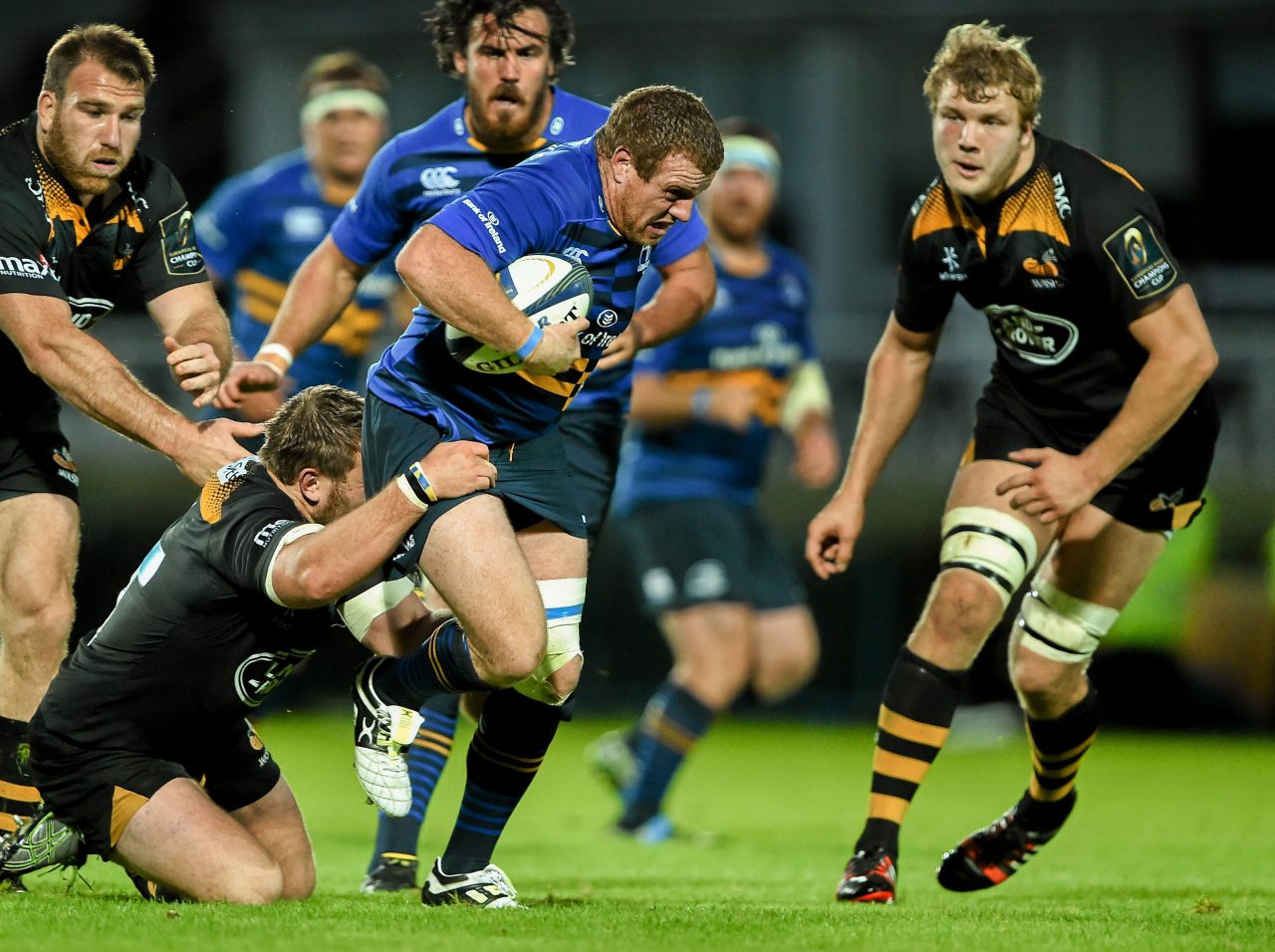 Ahead of this afternoon’s Champions Cup game against Wasps (Kick off: 1.00pm – RDS Arena) we caught up with a number of players to get their take on this season’s European and British & Irish Cup competitions.

Leinster and Ireland hooker Sean Cronin speaks exclusively to us about today’s clash and in particular the difficulties of coming up against a team they know so well.

“In some ways the unknowns if you want to call it that are the likes of Charles Piutau and George Smith who they signed during the summer and obviously the added inside knowledge that Brendan Macken and Jimmy Gopperth would have brought them having also signed during the off-season. So yeah, they’ll certainly know us or feel they know us.”

And after a busy summer on and off the field, he discusses parish life and the pros and cons of living next door to Leinster HQ.

Leinster ‘A’ captain Peadar Timmins – fresh from leading the As to a first win of the season yesterday against Rotherham – talks to us about his path to date, the challenges he has faced and also his hopes for the season ahead.

“There were a lot of lads coming in from all over the country who hadn’t played rugby. They started with the basics. There were four teams in first year, a place for all standards.”

Of course we have all the usual news from around the province with features on ITC/Co. Carlow Football Club, Birr RFC, a player focus on Jeamie Deacon who made her debut for Ireland Women’s yesterday and we visit Clontarf RFC as they unveil their all new, all-weather 4G pitch in Castle Avenue.

In the latest Dunne & Dusted column, Andrew Dunne chats to us about Maurice Fitzgerald – not THAT one – and their chance encounter with Dimitri Yachvili that lead to the most unlikely of kicking masterclasses in Twickenham!

Finally we catch up with one of our Charity Partners, Cardiac Risk in the Young (CRY), and hear from Sean Carroll, who himself has been affected by Sudden Adult Death Syndrome. CRY will be in the RDS today fundraising for their Christmas Jumper Appeal and raising awareness of SADS and the clinic that they have in Tallaght Hospital.

The official match day programme costs €;5 and is available inside the grounds today from 11.30am and also comes with a free copy of the Sunday Independent.