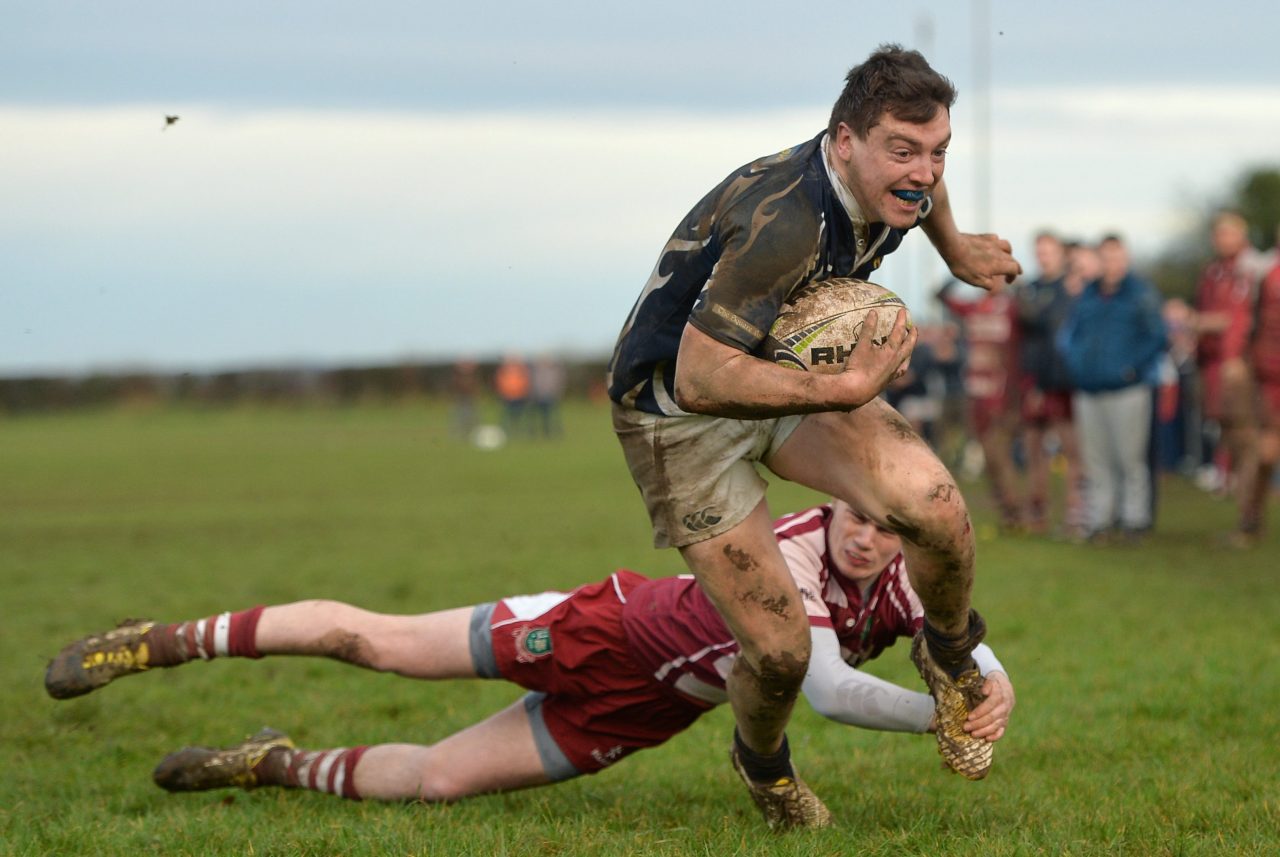 Come Sunday evening, the quarter-final line up will be decided with former champions, league high flyers and teams looking to resurrect their season all in contention.

Local derbies, rivalries and giant-killing possibilities will add to Sunday’s action as the Towns Cup comes to the rescue on a weekend where there is a break in Six Nations action.

One of the ties of the round sees Naas’ second string at home to the recently crowned All Ireland Junior cup champions, Ashbourne.

Naas are riding high of late with their senior side also excelling while the team in question beat Wexford Wanderers 40-5 away from home in the opening round.

Andrew Kearney bagged a hat-trick of tries while Cillian Dempsey continues to impress with the boot.

Ashbourne had a bye in the opening round but the Division 1A side are coming into the game having beaten Enniscorthy in the Junior Cup final.

Last year’s Plate winners have Gavin Kennedy in fine form both from open play and from the boot, while James Rooney and Jake Wall also crossed for tries in that win over Enniscorthy.

Enniscorthy themselves are also in 2nd round action when they travel to Dundalk for the Division 1A clash.

Beaten in last year’s Towns Cup final and in this year’s All Ireland Junior Cup final, they will be out to avenge those defeats and go one step further and get their hands on some silverware.

Enniscorthy are the reigning Division 1A champions while two seasons ago, they went toe-to-toe with the Dundalk men for the league with the Louth club edging the title that year.

Both teams know each other extremely well and Dundalk will be glad of the home tie having been on the round in the opening round as they bet Co Carlow 37-10.

Clondalkin were relegated from 1A last season but once again they have made an impressive start to the Towns Cup.

Semi-finalists in the past two seasons, they beat Edenderry away from home 26-23 in the opening round.

With Matt Stapleton and Chris Jebb to the fore, they will have home comforts this time around when they take on another Midlands side and 2013 finalists – Longford who had a comprehensive win over Tullamore seconds in the opening round.

Long serving out half Colm Glynn continues to lead the line there with a strong pack including try scorer from the last day Hughbie Connolly in front of him.

There will be a cross-border derby of sorts in the south east as Gorey take on Arklow.

Arklow had a morale boosting win on the road to Boyne seconds in the opening round with a try from Eamon Quirke in the second half proving the vital score.

They haven’t too far to travel this time as they go to Division 1A side, Gorey.

The Wexford men were pushed all the way by Mullingar last time out before they came out 27-23 winners with Ben Horan and Stephen Duke crossing in either half for tries.

Again, they will be favourites but Arklow will fancy a cut off them.

This year’s final will take place in Athy but if the home club are to keep their hopes of appearing in the final on their home patch, they will have to win on the road to North Kildare this Sunday in another derby.

Level on 13 points after normal time, Athy had more in the tank and went on to win by 10.

North Kildare defeated Midland Warriors 42-6 in a one sided affair in the 1st Round. They scored six tries in total, with Darragh Moran and Tom Satchwell grabbing a brace each.

Derbies are hard to call especially this one with one side holding home advantage and the other with the carrot of having the final of the tournament on their grounds.

Portlaoise are having a tough time of it in Division 2A of the Leinster League but their win over Portarlington in the 1st Round of the cup in what was dubbed the ‘Battle of Laois’ was a massive boost for them.

New Zealander Logan Nicholson proved the match winner with the out-half accounting for 18 of the 23 points.

A home draw was massive for them and travelling to Togher on Sunday are Skerries 2nds who had a big 39-11 win over Roscrea in the opening round.

Tries from Barry Cauldwell, Conor Lennox and Robbie Jenkinson saw them ease to a 28-point win in the end having been level at half-time.

They will be favourites once again to get the job done on Sunday.

Defending champions Wicklow needed a late Niall Earls penalty and some resolute defending in the dying moments to stave off Kilkenny last time out. They edged it 12-11 as the Division 1B champions now have their full focus on retaining their cup.

They will be away from home again on Sunday when they make the trip to the Curragh to take on Cill Dara who come into the game having received a bye in the 1st Round.

The Division 2A side captained by Darragh Kennedy will have it all to do to take out the champions but at home, they will be a match for anyone.

Finally, Tullow will take on Navan 2nds. Tullow thumped Newbridge 60-0 in the last round with 10 tries in all.

Eight different try scorers, including two from Richie Nicholls, will mean the Tullow men come into the game with plenty of confidence against a Navan side who will bring an element of surprise for Tullow with the Meath men having received a bye in the 1st Round.

The full list of games for the second round is as follows with games taking place on Sunday 19th February.