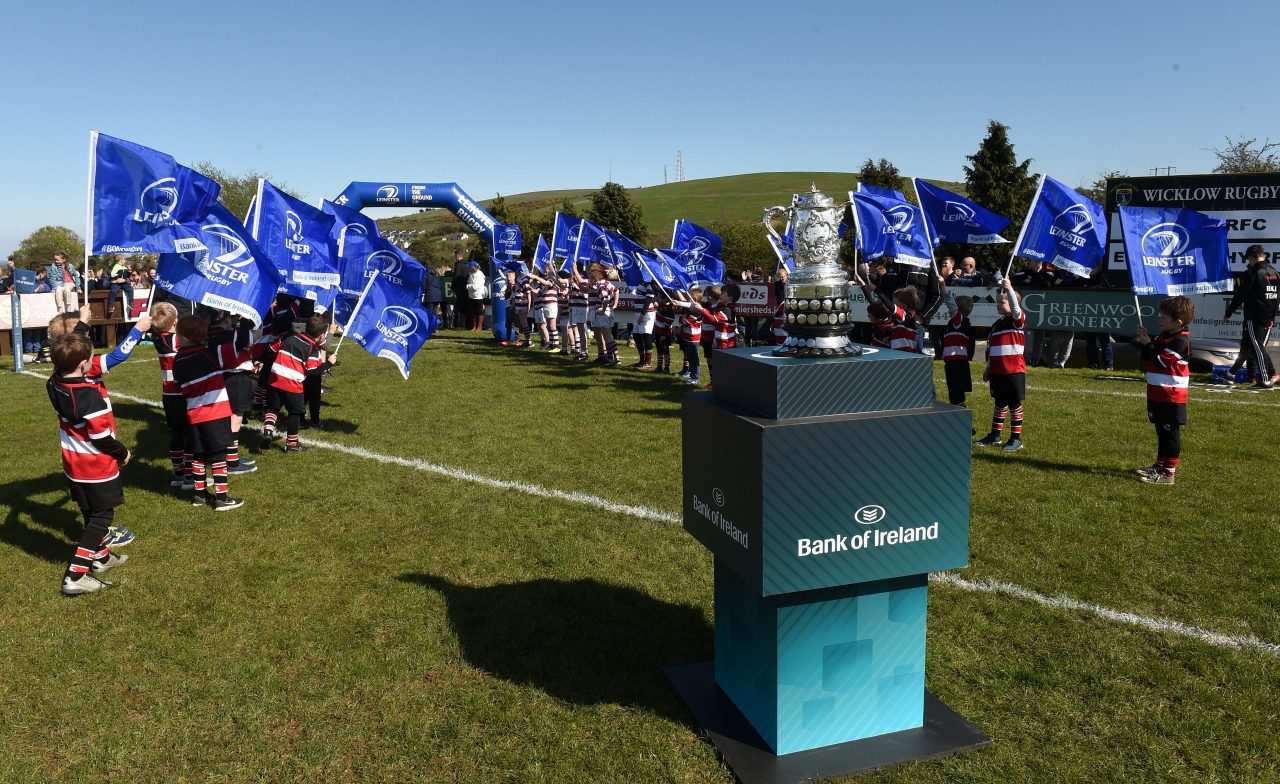 The opening round of the Bank of Ireland Provincial Towns Cup takes place this weekend, with 26 teams kicking off their quest to lift the cup in April.

Thirteen first round games are scheduled for this Sunday and three more teams received byes. There is a long road to travel to get to the final which will take place in Navan RFC this year.

Tullow RFC v Mullingar RFC – Tullow advance as Mullingar could not field a team
Tullow will be the hot favourites for this one with Mullingar currently struggling in Division 2A, sitting third from bottom. The Carlow club are currently in fourth place in the league above Mullingar, 1B.

Wexford Wanderers v Roscrea RFC
This fixture provides an excellent opportunity for a lower league side to get a cup run started. The Wexford men, who are third in Division 2A, will be expected to progress at the expense of Division 3 side Roscrea.

Gorey RFC v Portlaoise RFC
Division 1A second-placed side Gorey could potentially be ones to watch in the cup this year. They welcome Portlaoise, 2003 winners of this competition and currently fourth in Division 2A. It will be a difficult ask for Portlaoise on the road.

Tullamore 2nd XV v Navan 2nd XV
This Metro League 3 duo will once again renew rivalries, both vying to go one step better than last year where they were eliminated at the first hurdle. A tight encounter here could be decided on the narrowest of margins.

Co Carlow FC v Kilkenny RFC
Fourth-placed Division 1A side Kilkenny travel to the most decorated side in the Towns Cup. Both suffered early exits last year and will want to improve on that this time around with Kilkenny in good form this season. This game will also host the second round draw after full-time.

Longford RFC v Cill Dara RFC
Potentially one of the games of the round, Cill Dara exceeded many people’s expectations by getting to the quarter-final last year. Longford, on the other hand, have progressed well over the last few years and will hope to make home advantage count.

Arklow RFC v Midland Warriors RFC
Arklow came out on top in the Division 2B league meeting between these two back in November and will hope for a similar result this time around. Both sides were knocked out at this stage last year so will be hoping for a better showing in 2019.

Clondalkin RFC v Balbriggan RFC
Division 2B high-flyers Balbriggan set out to end their 91-year wait for another Towns Cup title with a trip to Clondalkin on Sunday. Clondalkin reached the quarter-final stage last year, losing to eventual winners Enniscorthy and are currently top of Division 2A.

Naas RFC v North Kildare RFC
North Kildare will make the trip to Naas on Sunday hoping for a win to distract them from their poor league form so far this year. Naas are fifth in Metro League 1 and last lifted the Towns Cup in 2005.

New Ross RFC v Boyne RFC
Division 2A basement side New Ross welcome another league struggler Boyne on Sunday. The Meath club are bottom of 1A and both teams will be hoping that a win here could turn their fortunes around for the remainder of the season.

Skerries 2nd XV v Newbridge RFC
Having not entered last year, Newbridge return to the Towns Cup with a trip to Metro League 3 leaders Skerries 2nds. The Kildare outfit are holding their own in Leinster League Division 2A but league form and home advantage might take effect.

Athy RFC v Dundalk RFC
Dundalk will travel to Athy as favourites for the win but were upset by North Kildare in last year’s opening round and have failed to inspire in Division 1A this year. Mid-table 2B side Athy will be aware of the uphill task facing them.

Edenderry RFC v Portarlington RFC
This tie is not only a midlands derby but a Division 2B derby also. Portarlington sit bottom of 2B while Edenderry are pushing for promotion at the other end. The Offaly side had a comfortable 57-23 win when these two met in the league in November. Edenderry will be further motivated by a disappointing first round loss to Clondalkin in 2018