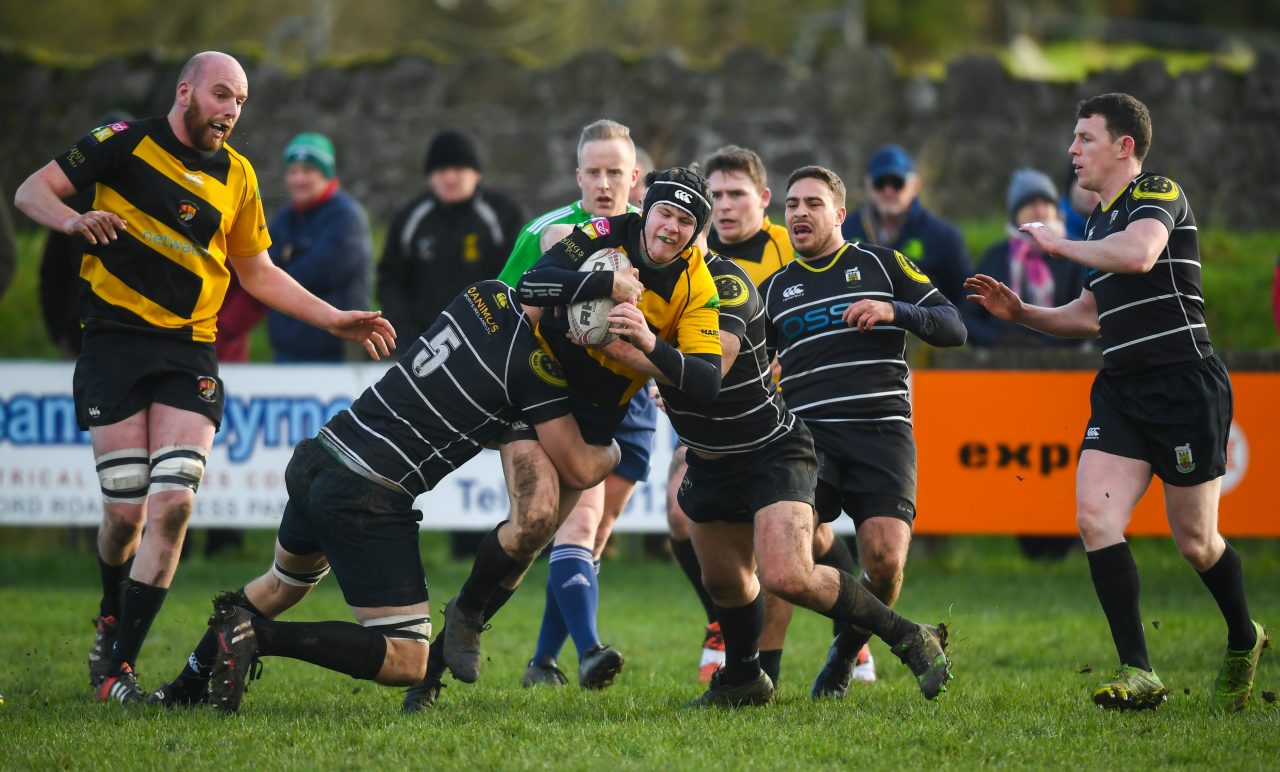 This year’s Bank of Ireland Provincial Towns Cup has already provided plenty of scores and talking points after just one round of games.

With Enniscorthy, Ashbourne and Wicklow all having byes into the second round, they were joined in the pot for the draw before Sunday’s games by Tullow who received a walkover from midlands side Mullingar.

There were no real cup shocks in the opening round with league form and position ultimately proving a good guide in the outcome of the games.

In terms of the Division 1A sides, Kilkenny were given the biggest scare as they just about came through a tricky away date against Co Carlow, 25-21. Carlow dominated the game for long periods in terms of possession but it was the Kilkenny men who took their opportunities when they arose.

Kilkenny led 17-7 at the break but Carlow really went at it in the second half and a couple of late tries only left them four points short in the end.

Dundalk travelled to Athy and came away with a 23-13 win. This result will go some way towards banishing the memory of an opening-round defeat 12 months ago.

One of the in-form Division 1A teams, Gorey, backed up their league form with a 43-3 home win over Portlaoise. The result was never in doubt and with a 19-3 half time lead they had one foot in the second round with 40 minutes to go.

Boyne have been struggling at the root of Division 1A but they got a valuable win on Sunday that could kick start them into some form. Travelling to New Ross and all too aware of the possibility of getting turned over, they put in a dominant display to come out 42-5 winners.

A powerful opening half set them on their way as they led 32-5 at the break. They kept things ticking over in the second half but looked impressive when they were putting the game to bed in the opening half.

Naas 2nds, hosting North Kildare, made no mistake in booking their ticket for round two with a 43-3 win. They led 14-3 at half time and three tries in the last seven minutes put some gloss on the scoreline.

Skerries 2nds overcame an early scare against Newbridge to ensure their passage to the next round with a 34-20 win.

Moate-based Midland Warriors’ long journey to Arklow will have been made all the more arduous after they fell to a 22-5 defeat to their Division 2B rivals.

The biggest score of the weekend was put up by Division 2A side Wexford Wanderers who beat Roscrea with a resounding 84-7 total.

The second biggest score put up over the weekend was from Division 2A leaders Clondalkin who beat Balbriggan 69-12. Simon King picked up a hat-trick on the way to this comfortable 57-point win.

Longford progressed to round two at the expense of Cill Dara. Despite being level (8-8) at the break, the home side showed more than their opponents after the restart, winning 22-8.

Home advantage for Tullamore 2nds proved a big factor as they edged Navan 2nds out 12-5 in a low scoring and hard-fought battle.

The Midlands derby went the way of Edenderry, who defeated a Portarlington team that are struggling in the league. It finished 47-3 and as the score suggests, Edenderry were never in any real trouble.