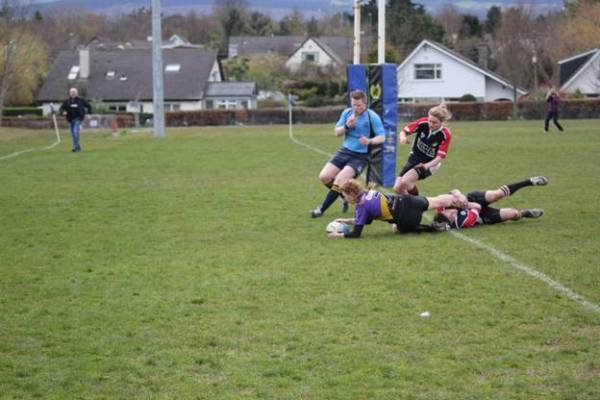 Railway Women will be playing All Ireland League rugby next season, with the announcement that they will take their place in the newly formed AIL Division 2 Central…

Railway’s meteoric rise has followed a remarkable debut season where three Leinster Pennants were collected, with the 1st XV remaining unbeaten all year – winning both the Leinster League and Paul Cusack Leinster Cup, and the 2nd XV winning the Leinster Shield.

In a further development, Director of Women’s Rugby Shirley Corcoran announced that Railway would field three adult women’s sides in the 2013/14 season.

“Obviously, we are delighted to be accepted into the AIL and are looking forward to competing at that level. We’ve played many of the teams who will be in this league last season and regular games of such a standard can only help develop our team and our players.

“In addition, we will also field a second team in the Leinster League Division 1, as well as a third team in the Leinster Development league. Our AIL side will be made up with players who have the desire and ability to compete at the highest domestic level and of players with Leinster, Irish and Olympic ambitions, the development of which is one of our stated goals.”

“Our Leinster League side will consist of older, more experienced players who might be ‘moving down’ from AIL playing alongside younger players and players new to the game, cross-over athletes and such, who can develop in a competitive league with more experienced players alongside them before moving upwards. Finally, our development team will cater for those players who wish to play social rugby and newer players starting out in their playing career who want to develop in a less pressured environment.

“This will mirror our three adult men’s teams in Railway and align with the club’s overall vision to cater for players of all abilities, backgrounds, nationalities and gender.”