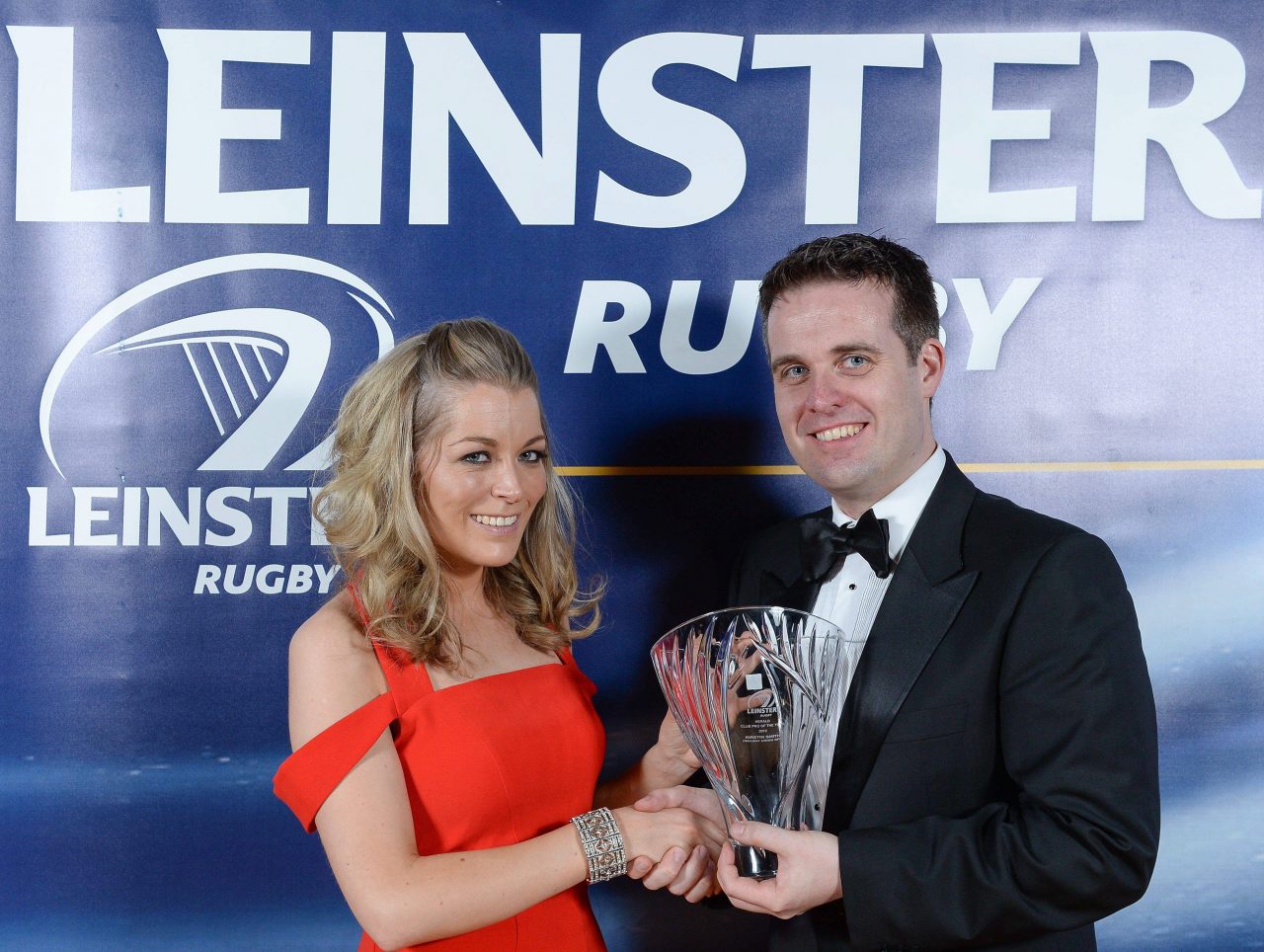 Kirstin Smith, Railway Union RFC’s Club Publicity Officer previously came to Leinster Rugby’s attention in 2011 when she started in the PR role for her club….

After she was approached by John Cronin, Director of Rugby at Railway Union RFC, with the task of assisting the rebuilding of the rugby club, Kirstin was given the title of Head of PR and Marketing for the Park Avenue club.

Kirstin is responsible for raising the profile of the club in the community via publicity and promotion. Railway’s PRO has certainly exceeded this task as the club now currently has men’s, women’s, age-grade, social rugby as well as various community initiatives. “‘Railway Goes Carolling’ is something I’ve been running for 4 years. It’s important to us as we do it for one of our charity partners, St Michael’s House, and it’s part of our club philosophy to be relevant in our community” added Kirstin.

The Railway PRO added “I always find anything we do around the Legends is always fun.  This is our over 35s team who get together twice a year to play a touring side.  They always the best attended games of the season and the most craic in the club afterwards.  We get to be a bit more irreverent with those articles, full of tongue-in-cheek humour.  We tend to get creative, such as manufacturing fake rumours about rivalries, playing getting dropped, or perceived slights or resurfacing slights from thirty years ago.  These tend to have a ‘storyline’ and run for a number of articles.  It’s the most unlikely soap-opera-type scenarios involving the older players, the characters of the club, and generates great coverage and interaction.  The players enjoy the humour and ham it up.  It’s nice to be able to do that as we would always take a more professional approach to club articles and promotional material for all other areas”.

When questioned about what it feels like to be recognised for the third time for her excellent PR work by Leinster Rugby, she said “It’s always a lovely honour. Winning PRO of the Year just made me eager to continue the work I’ve been doing so I tried to continue to be creative and innovative and not let the ball drop!”

“Once the club have decided on a particular strategy or goal, I would spend a lot of time thinking about the audience we want to reach, what’s the best method of reaching them, what the core of our message, how often and how many forms I need to repeat that message for it to have an effect, and does all of that achieve the overall strategy or goal of what we want to achieve.  This sounds simple but it isn’t always! I would suggest being creative and relevant to your own club and your specific audience. What works for one club won’t necessarily work for others”.

Kirstin concluded that her main aim for this season “is to let our community know what a fanatic club Railway is and how accessible it is for all. I may be biased, but in my opinion there’s none better”.