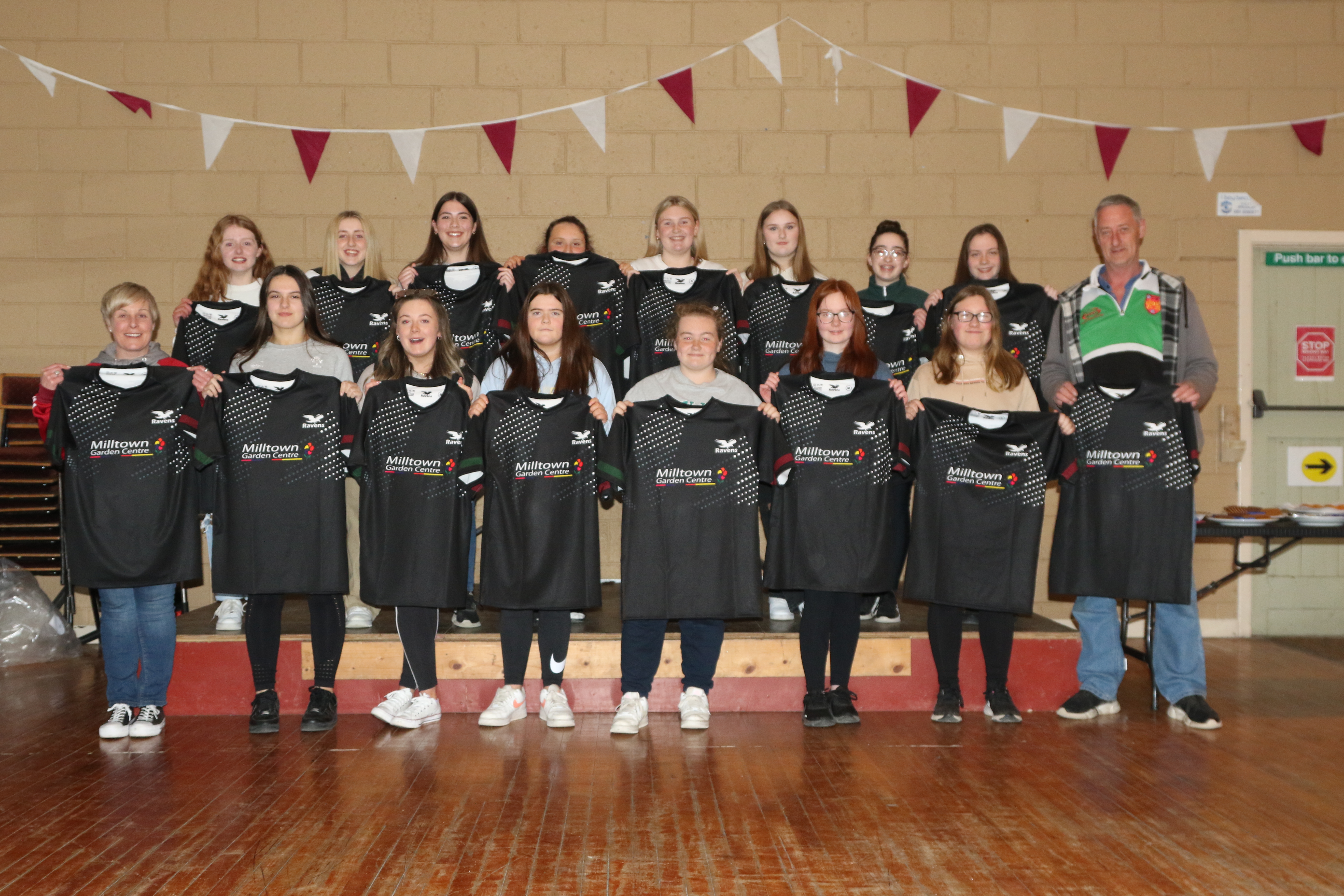 Ravens Rugby is an amalgamation of players from both the Roscrea and Birr clubs and has been a huge accomplishment in every sense of the word, leading to encouraging growth in player participation and subsequent success on the playing field.

The jersey presentation marked a momentous point in the development of the Ravens franchise. The strategic merger of the two neighbouring clubs is only in its second season, while much of its first year’s activities were fragmented by the restrictions brought on by the Covid pandemic. 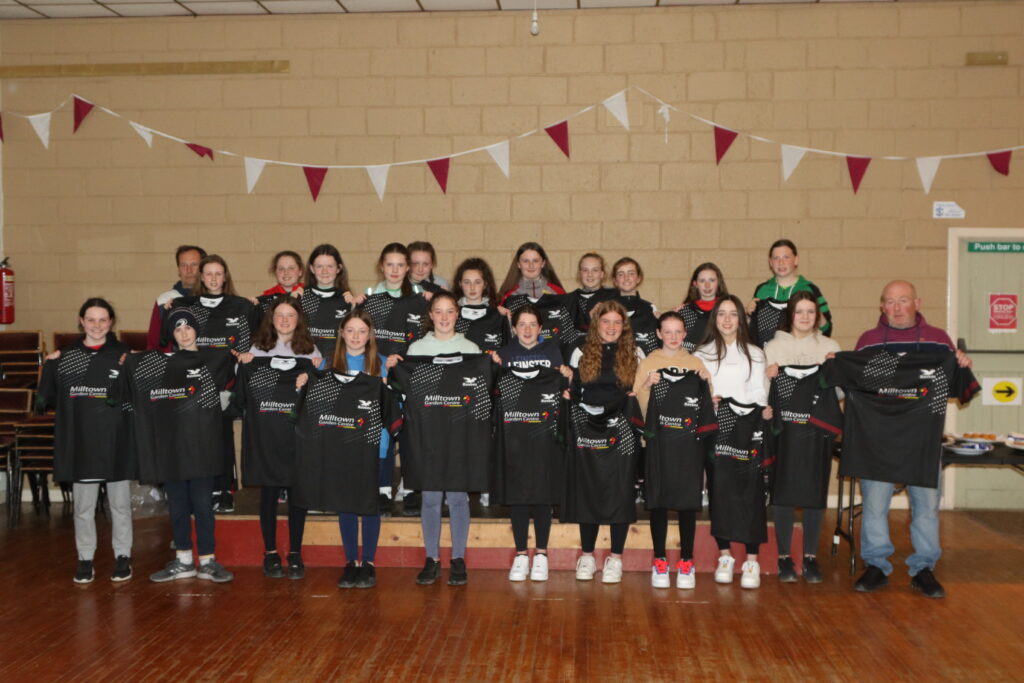 Despite this, the progress has been incredibly positive, with both Ravens Girls U-16 and U-14 teams securing semi-final spots in the Leinster League, the latter having topped their league unbeaten in all matches.

As a just reward, they will now enter the knockout stages wearing their new Ravens jerseys with the pride and commitment that has defined them as a group all season.

The new Ravens jersey was designed in consultation with members of both parent clubs and while visually stylish and functional, the design pays tribute to the tradition of both Roscrea and Birr RFC, with the club’s distinctive maroon and green colours predominant on opposite sleeves.

Representatives from both Roscrea and Birr RFC were present on the night, and they were joined by a very large group of current players and parents who enjoyed a very impressive offering of snacks and beverages.

Girls Rugby Coordinator Ciara Maher welcomed and thanked everyone for attending, while the girls were delighted to inspect and give their communal approval to their new jersey.

Frank Higgins, a long-time advocate of girls sport, gave a wonderfully eloquent speech about the great significance of what having the new jersey meant to the unique identity of the group. He thanked the parents and players for their endless enthusiasm, commitment, dedication, and humility. 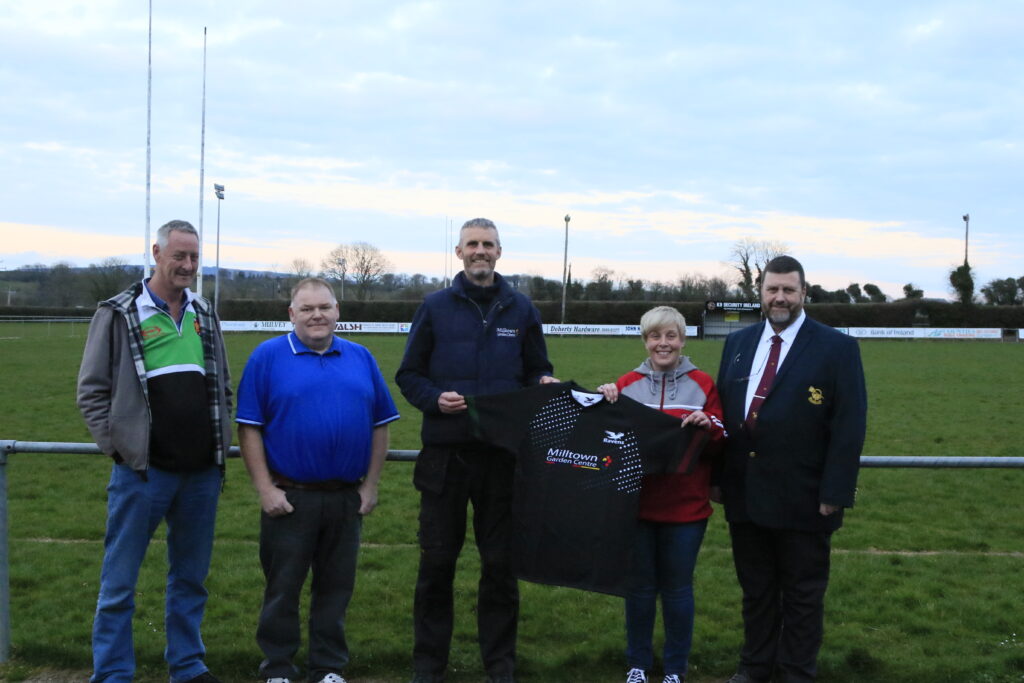 He also thanked the jersey sponsor, Paul Davey from Milltown Garden Centre, for the generous support and endorsement.

Paul then spoke about how impressed he had been with the Ravens initiative and how important it was to the local community to have positive sporting opportunities for girls. He congratulated the players and coaches and wished them continued success, asking them to wear the jersey with pride.

He finished by telling the group that they were a shining example of cooperation and exemplified what was possible when people worked together for a common positive objective.

Ravens girls rugby is open to girls from 12 to 18 years of age, and is always welcoming new players looking for a positive sporting adventure!