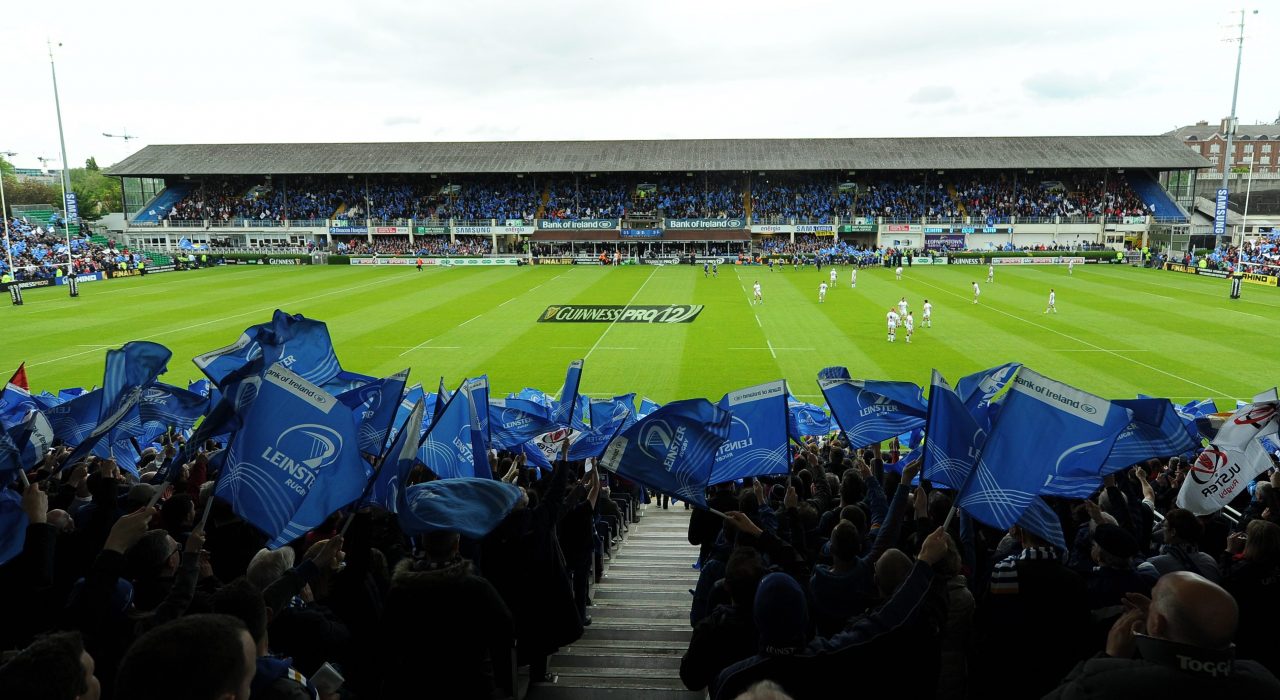 The RDS, in partnership with Leinster Rugby have welcomed the announcement by Minister Ross T.D. and Minister Griffin T.D., that applications are being invited for funding under the new Large-Scale Sport Infrastructure Fund (LSSIF).

The RDS Anglesea Redevelopment Plan first developed and prepared over three years ago, is a shovel-ready project to redevelop the Anglesea Stand, built in 1931 and which has received no significant upgrade since then.

This is an initiative which will have an immediate and extremely positive impact on both Irish rugby, and the Irish horse sport industry, the pinnacle event of which is the Dublin Horse Show, which draws crowds of over 100,000 each year.

The proposal outlines that with additional investment, the redeveloped stand will allow the visitor experience to be upgraded significantly from a stand that is 85 years old, and increase the Main Arena capacity from 18,500, of which 500 have restricted views, to approx. 21,000, where it will host Leinster Rugby’s Pro14 and European Champions Cup home matches, along with the Dublin Horse Show, and a number of outdoor concerts every year, open to the public.

Michael Duffy, CEO of the RDS, commenting on the announcement, “Founded in 1731, the RDS mission is to contribute to the economic and cultural development of Ireland and we are committed to achieving this through our work in the areas of the arts, agriculture, business, equestrianism and science. We are delighted that the LSSIF is now open for applications, we have full planning permission in place, and we look forward to working with the Department and relevant officials throughout this process.”

Mick Dawson, CEO of Leinster Rugby, on the announcement, “We are delighted to be partnering with the RDS on this really vital development of the Anglesea Stand. The RDS has been the home of Leinster Rugby since 2005 and plays a critical role for the players and the fans. In order for the sport to grow and develop to maintain the momentum Irish rugby is currently experiencing and into the future, this redevelopment plan will be instrumental, continuing to build the sport from the ground up.”

Ronan Murphy, CEO of Horse Sport Ireland also commenting on the announcement, “The Dublin Horse show is both a national and international event that annually attracts almost 100,000 visitors to the RDS. First held in 1864, the event offers an important showcase for Irish horse breeding and competition horses and ponies. The continued success of this event is linked to the redevelopment of RDS’s Main Arena and will enable the RDS to deliver the required standard of service to foreign visitors wishing to attend the show and to support the international trade in Irish horses.”